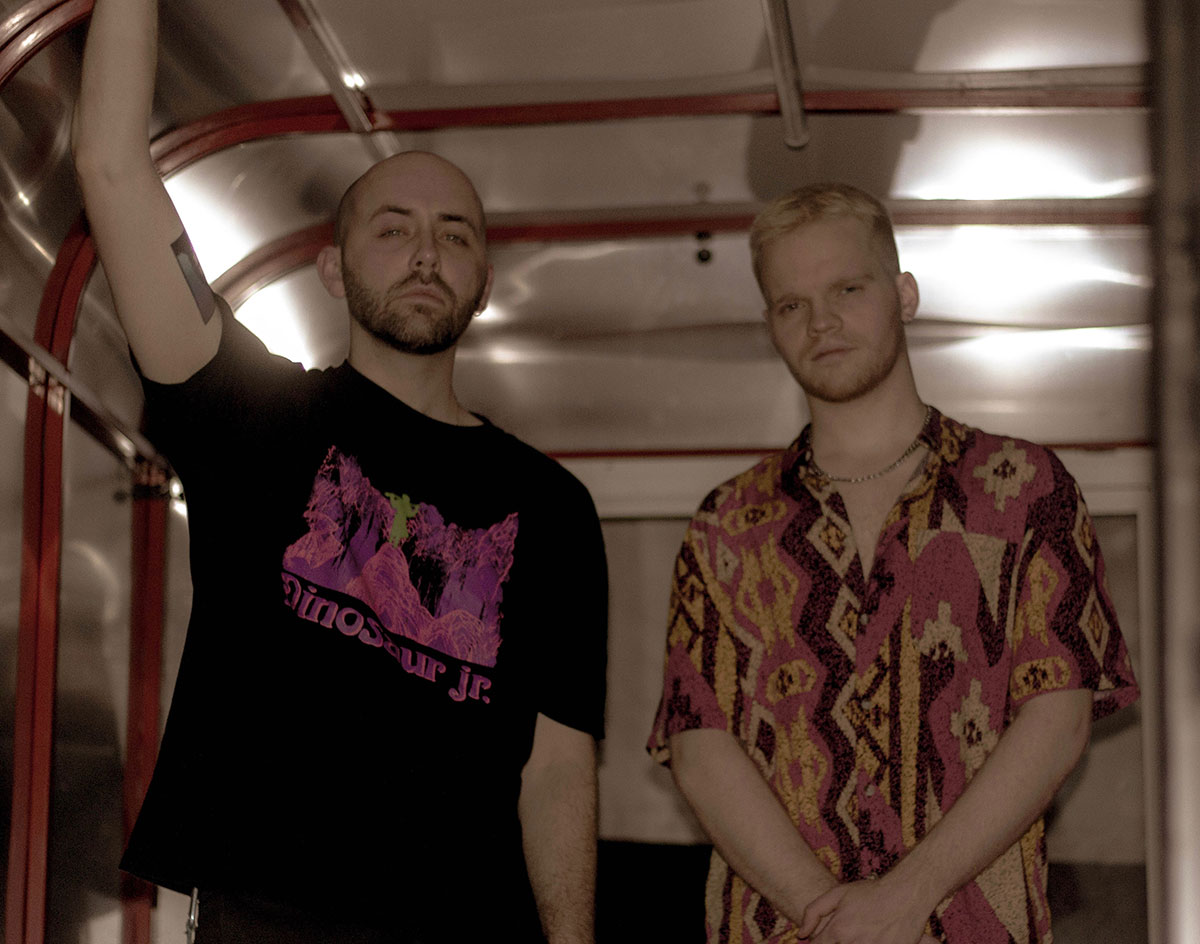 Check Out The Cameo-Filled, Telemundo-Inspired New Video For The Upstart Dallas Indie-Pop Duo’s New Funk-Indebted Single About A Lost Love.

Electric Tongues — “Time Machine”
RIYL: ’90s Telemundo programming.
What else you should know: The first draft is rarely the best draft.

Dallas indie-pop duo Electric Tongues realized as much recently when revisiting an indie rock song called “Time Machine” that it had been keeping in its drafts folder for a minute.

Tired of the song’s initial rock-oriented arrangement but certain that it wasn’t yet worth abandoning, the group turned to Dallas producer Sean Dream to see if he had any thoughts on where the song could eventually be taken. His suggestion? Turning the song into a retro funk-inspired jam.

It was a good call.

The video for the cut, which we’re ecstatic to present below as an exclusive premiere, quite literally does the same.

Produced by Boy Orange Films and directed by Trey Patton, the clip was inspired by an Apollo Theater-indebted Telemundo show from the ’90s where audiences would boo lackluster contestants off of its stage. Completed in a single day at Royal Lane Studios in Dallas, the video enlists fellow rising scene stalwarts such as (:ristian, Galloways and Donovan Bogney in cameo roles alongside (fittingly, as noted above) Luna Luna frontman Kevin Gonzalez and frequent Luna Luna collaborator Pretty Boy Aaron, who stars as the video’s game show host.

Considering the band describes “Time Machine” as being about “a past love that you wish you could attain again,” it’s fitting the that clip it’s been paired with is itself highly rewatchable.

Feel free to watch it as many times as you’d like below.