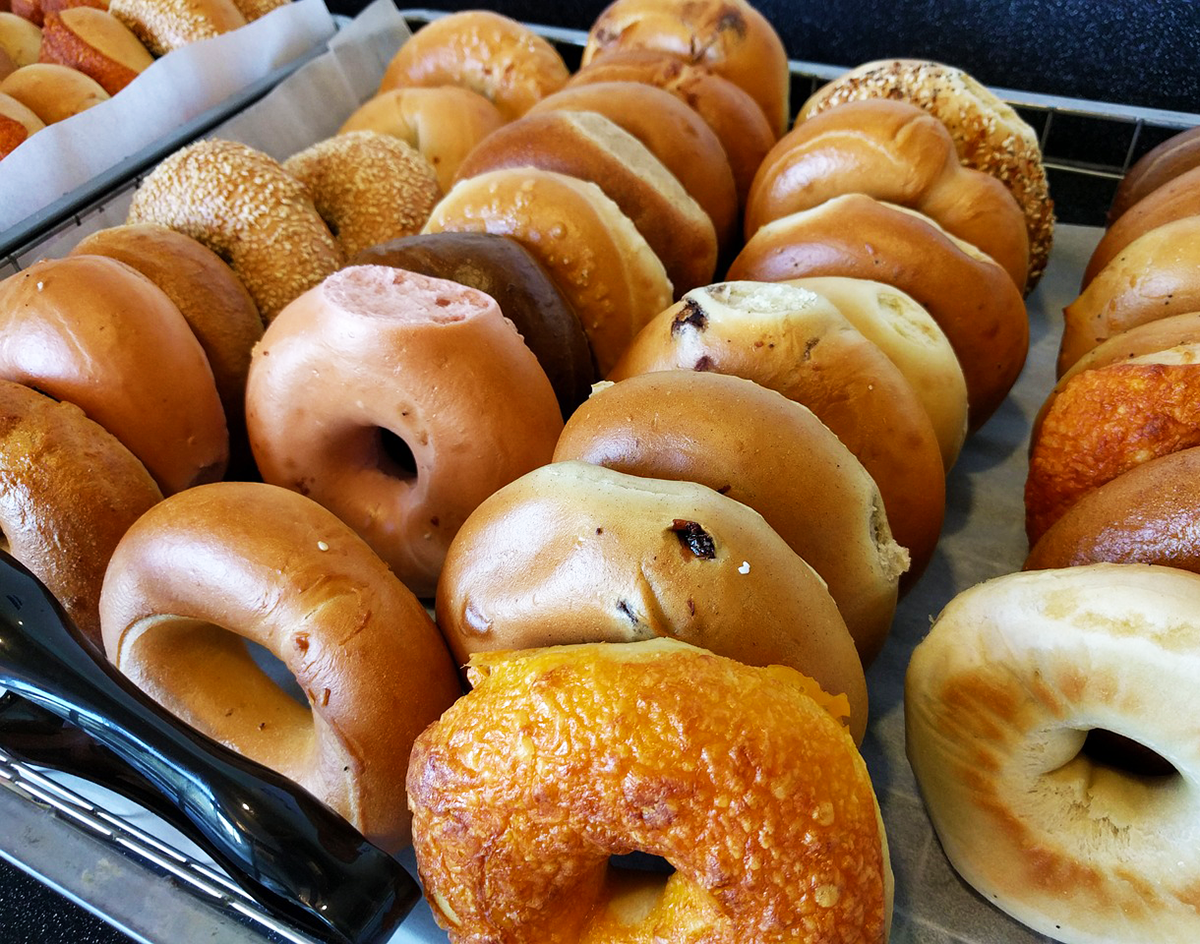 From A Native New Yorker (And SMU Alum) Comes A New Concept That Hopes To Fill Dallas’ Void In The Authentic Bagel Market.

Real bagels are finally coming to Dallas and it’s kind of a big deal.

Justin Shugrue was a finance major at SMU just a few short years ago. He didn’t realize it then, but his upbringing of waiting tables for celebrities in New York seeded within him the idea that might just end up filling a gaping hole in the Dallas food scene.

Shugrue had the idea just after his college graduation — he figured there was no reason he couldn’t recreate the classic grab-and-go bagel concepts he loved back home with an open opportunity for it down here in Dallas. In fact, he even ran the idea by Hunter Pond, creator of the locally-founded East Hampton Sandwich Co., who, to his surprise, gave him some valuable pointers when it came to the Dallas restaurant market.

After a bit of fundraising and established encouragement under his belt, Shugrue realized he was missing a paramount ingredient — how to actually make the bagels.

Shugrue apprenticed for free at a couple of bagel shops back home to familiarize himself with slinging bagels. Much like any apprentice, he woke up in early hours of the morning, learned the basic recipes and studied methods imperative for working the ins and outs of a typical bagel shop.

Equipped with both front-of-house and back-of-house arsenal, and finance know-how, he was ready to open his own shop. He eventually set his sights on the perfect location in the former Lovers Egg Roll spot near SMU.

Shugrue always knew his first shop would be in University Park near SMU. As an alum, his familiarity with SMU’s student body — who attend the university from all over the world — gave him a personal sense of similarity to the The Big Apple’s diverse population. After all, if you can make it in New York, you can make it anywhere.

The shop’s decor is black and white with forest green accents and chalkboard menus that add to the charm reminiscent of authentic bagel shops in New York. The space is designed to cater to both grab-and-go and stay awhile-style eating, with offerings of everthing from breakfast bagel sandwich and a local coffee to go, to build-your-own sandwiches. It’s basically a dream come true for folks who have been lamenting the lack of true bagel specimens here in Dallas. 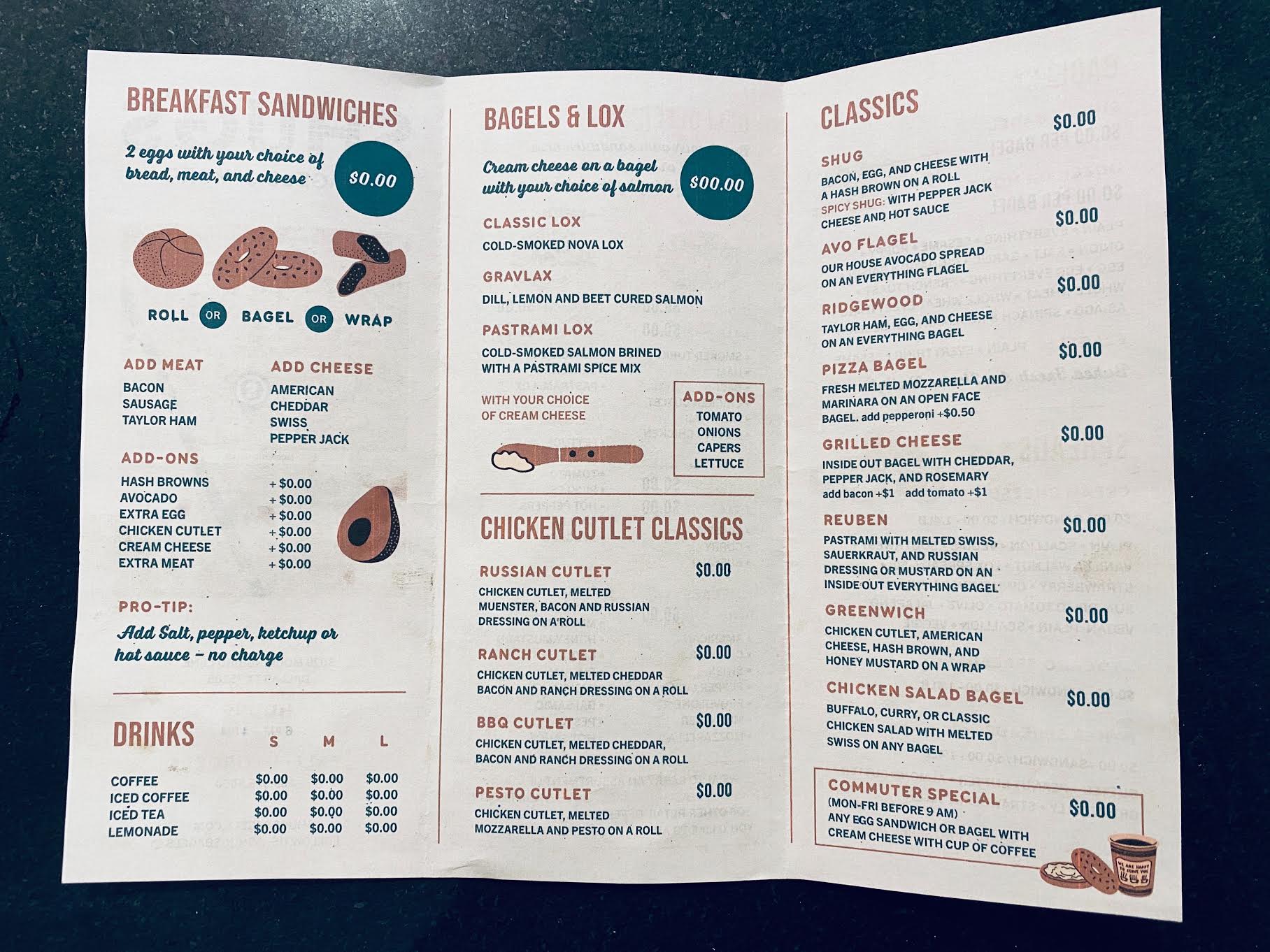 An early version of the Shug’s menu lists a wide array of bagel flavors such as plain, everything, onion, cinnamon raisin, egg, spinach & rosemary, blueberry and so much more. Flagels (skinnier, lower carb bagels) come in plain, everything or sesame.

As for spreads, flavors like veggie and lox, vanilla walnut, olive or vegan are available by the sandwich or by the quarter-pound. And yes, classic lox, gravlax and a pastrami-seasoned lox will be available with your choice of tomato, onions, capers and lettuce.

Something else of note: Chicken cutlet sandwiches, in four varieties (Russian, ranch, BBQ and pesto), will be available on rolls for an alternative to bagel-based sandwiches during lunch. A chalkboard-lined seating area will be ideal for studying students, quick lunch meetings, or families grabbing dinner.

Shug’s (pronounced like rap icon Suge Knight) will be located at 3020 Mockingbird Lane and is looking toward a soft opening later this month.