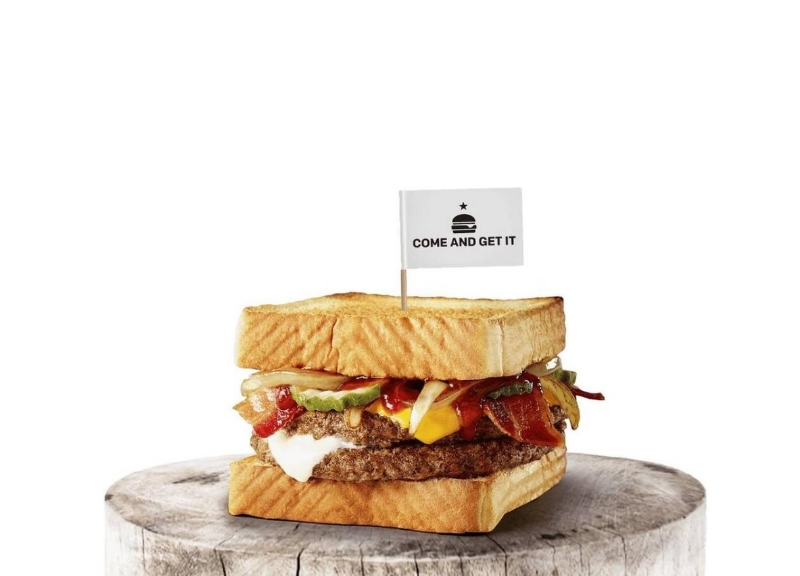 One of the world’s most recognizable brands is getting a Texas-themed menu update: McDonald’s is introducing the Lone Star Stack, which made with double beef patties, American and white cheddar cheeses, sweet onion barbecue sauce, grilled onions and Applewood-smoked bacon, all between two pieces of Texas toast. Per CultureMap, the burger will be a Texas exclusive, available only in select cities. The promotion runs through August 28.

Meanwhile, frequently litigious restaurateur Phil Romano is getting a taste of his own medicine. He’s currently being sued for sexual harassment. As Eater Dallas reports, a $1 million suit was filed by an Eatzi’s employee after an inappropriate physical encounter that was caught on video. A judge recently denied the plaintiff’s request for a restraining order.

In opening news, Lake Highlands Creamery now has a brick-and-mortar location. The ice cream venture began transitioning from its pop-up-only business this past weekend. An official opening date is on the horizon.

Over at Park Lane, a new outpost of Norma’s Cafe is giving away free food for a year. The first 100 customers to arrive at the opening of the fourth location on Tuesday, July 12, will receive free chicken-fried steak for the next 12 months. In celebration of the opening, and Norma’s 60th anniversary, guests will also have opportunities to win free food items throughout July.

In other expansion news, BrainDead Brewing is increasing its brewery space. The brewpub has leased a 5,000-square-foot space next door to its current location, potentially allowing them to increase production by up to 500 percent.

Finally, in craft beer news: The Collective Brewing Co. has debuted in the Fort Worth brew scene. The taproom serves a selection of wild and sour beers in 4-, 8- and 12-ounce pours, allowing customers to sample from the 11 house brews.

And, lastly, On Rotation is partnering with LUCK for a Prairie Artisan Ales beer dinner. Guests can enjoy a four-course dinner with five beer pairings, with the option of additional brews for $5. Tickets are available for both the 6 p.m. and 8 p.m. seatings.