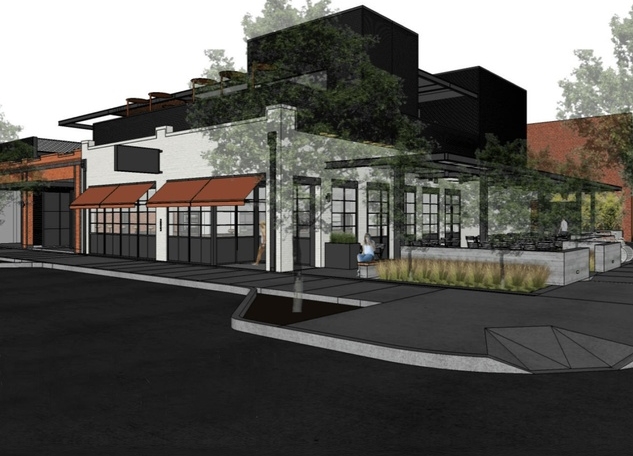 Downtown coffee drinkers, rejoice! An outpost of Ascension Coffee is headed for Thanksgiving Tower. The local coffee chain’s third location will be a part of the $37 million renovation plans for the building, which also include introducing a number of retail concepts. The new space will include a full premium bar, alongside a full-service breakfast and lunch program and extended weekend hours. But hold your horses: The opening isn’t slated to happen until January 2017.

In other opening news, Culture Map reports that yet another new restaurant is on its way to the city’s hottest dining neighborhood. Later this year, the owners of Bread Winners will bring a new concept called Harlowe MXM to the corner of Malcom X and Main in Deep Ellum. The brunch-heavy spot will feature a rooftop patio and fancy cocktails, as is to be expected considering the folks behind the concept.

Meanwhile, a Taiwanese export is making its way to the Metroplex this fall. 85C Bakery Cafe is setting up shop in the Carrollton Town Center, near Daiso Japan. Per Guide Live, the bakery is better known as “the Starbucks of Taiwan” and it will feature a variety of coffee, espresso and boba milk tea drinks in addition to freshly baked breads and pastries like their seasonal Mooncakes. Look for an opening in September.

In other sweets news, Kate Weiser Chocolates is opening a location in NorthPark Center. The latest addition to this artisanal chocolate empire will include a build-a-box station, according to Side Dish. An opening is slated for August.

In a more savory side of the news, an outpost of New York’s popular food cart The Halal Guys is slated to hit Oak Lawn. The Lemmon Avenue location follows Houston in the fast-casual concept’s foray into Texas. Look for an opening in July.

Back in Deep Ellum, Amsterdam Falafelshop is now open. Per Eater Dallas, the fast-casual concept focuses on falafel served in freshly made pita or bowls, in addition to frieten (read: Dutch-style fries) with all of the fixings. The restaurant joins the area’s late-night dining options, with hours until 3 a.m. on Wednesdays through Saturdays.

And then there’s the pastry purveyors at Bisous Bisous Patisserie, who are experimenting with a pizza cruffin (read: a muffin made with croissant dough). The savory cruffin is made with Luscher’s Red Hots Italian sausage, house-made pizza sauce, fresh mozzarella, provolone and pepperoni, then topped with quattro formaggi. The pastry shop is currently beta-testing its latest addition to its hybrid desserts, with the hopes of rolling them out in late May.

Another savory hybrid comes courtesy of Easy Slider, which has partnered with Cholula Hot Sauce for a Cholula shrimp “Not So” Po’ Boy. The slider will be available on Thursday, May 19, in the Dallas Arts District from 11:30 a.m. to 1 p.m.

The still-pretty-new Oak Highlands Brewing is hosting its first-ever cake and beer pairing on Thursday, May 19. Guests will receive a flight of four OHB brews paired with four mini cakes from Jar Cakery for $15. Only 100 pairings are available, so it is first-come, first-served. The event takes place from 6 to 8 p.m.

Then, on Saturday, May 21, Intrinsic Smokehouse & Brewery is having a crawfish boil. Attendees can enjoy all-you-can eat mudbugs with the purchase of a $20 ticket online, or $25 at the door. The event starts at 2 p.m. and will last until supplies are sold out.

And, finally, this past weekend, the new and aptly called Oak Cliff Brewing Co. debuted during Brew Riot, despite not having a brewery home to call their own just yet. According to the Dallas Observer, the brewers debuted four solid beers during the event, then revealed a search for an Oak Cliff space now that plans for a location across from the Dallas Zoo fell through. The brewery is currently in the market for a 10,000 to 20,000 square-foot space in the area. If you happen to have an extra one of those on your hands, maybe give them a shout!

Cover photo via Harlowe MXM’s Facebook page. Got a tip for The Spread? Email us!