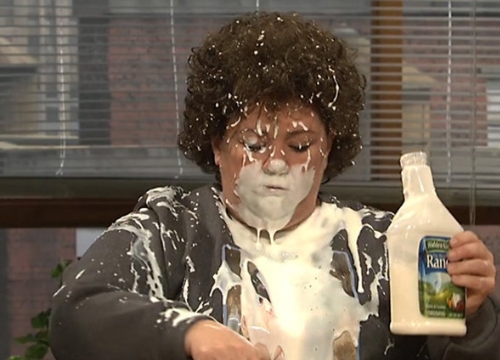 The infamous $1,000 bottle of ranch dressing at Cane Rosso finally found a home this past Monday. The encased bottle of Hidden Valley was purchased by the folks from the Caviar food delivery startup during a fundraiser to benefit the Humane Society of Southeast Texas. In turn, the event was able to raise $20,000 in a five-hour span. No word, though, on if the “side of delicious ranch” will be replaced.

Speaking of food delivery, Uber has expanded its food delivery service hours and options. Now customers can place orders from 10 a.m. to 10 p.m. daily, with options for instant delivery (read: 10 minutes or less) from 11 a.m. to 2 p.m. Monday through Friday in select areas.

Velvet Taco is expanding its hours, too. Now, it will stay open till 5 a.m. on Saturdays and Sundays. Per GuideLive‘s Sarah Blaskovich, the Henderson Avenue location tested out the later hours during St. Patrick’s Day weekend. Eventually, they plan to run 24 hours a day.

Over in Deep Ellum, Lebanese tapas will soon join the ever-growing lineup of dining options. Zåtar Lebanese Tapas & Bar will serve traditional Lebanese cuisine and desserts, alongside craft cocktails and hookah. The concept is slated to open at the corner of Malcolm X Boulevard and Commerce Street this summer.

Also coming to that neighborhood: An outpost of Emporium Pies, which is setting up shop next door to Pecan Lodge. According to Eater Dallas, this third location of the bakery will feature a collaboration with Pecan Lodge in the form of barbecue hand pies. Look for an opening this fall.

Sticking on the barbecue front, Fort Worth’s Heim BBQ is hosting a going away party for its barbecue trailer on Saturday, March 26. As their impending brick-and-mortar restaurant reaches its final stages, Heim is saying goodbye to serving barbecue from the trailer at Republic Street Bar. Live music and food will be available from 11 a.m. to 5 p.m.

Finally, in craft beer news: Ten50 BBQ is hosting a Deep Ellum Brewing Co. pint night on Thursday, March 24. Commemorative DEBC pint glasses are complimentary with the purchase of any Deep Ellum beer, with an additional $1 off brews. The event takes place from 4 to 9 p.m.

Community Beer Co., meanwhile, is tapping a pilot batch of its Yessir! Pale Ale on March 24. The brew will either be an experimental batch, an aged cellar-brew, specialty cask or a new take on an old favorite. Guess you’ll have to show up to find out. The tapping takes place at 5 p.m.

And, on Saturday, March 26, Texas Ale Project is opening up its brewery for an adult Easter egg hunt. The EGG-Stravaganza will feature prizes hidden around the taproom and beer garden, along with games, firkins of T.A.P. brews and food from The Tamale Company. The event takes place from 1 to 9 p.m. Sounds eggs-cellent.