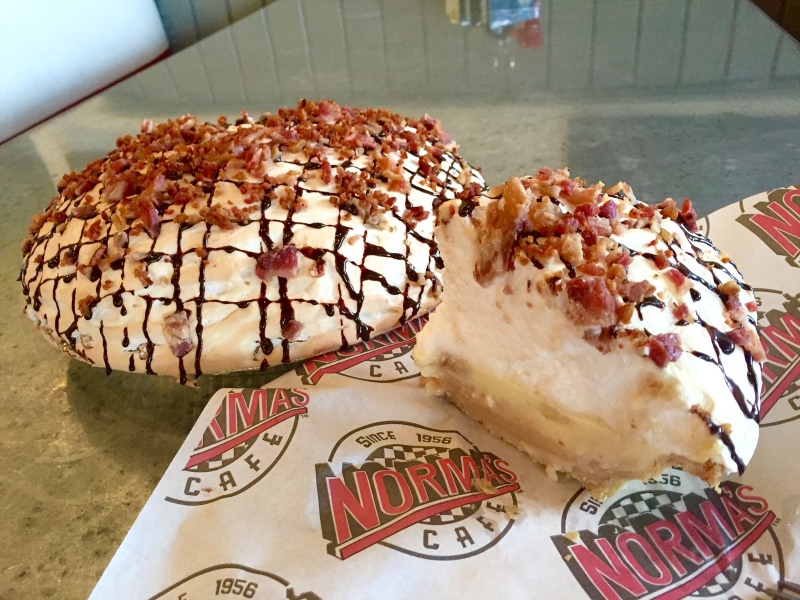 This past weekend, the folks at Oak Cliff Coffee Roasters won at the Good Food Awards in San Francisco. The Panama Carmen Geisha was honored among 17 other coffees nationwide for its commitment to quality and sustainability.

Head roaster Shannon Neffendorf gave us a few details about the coffee: “The varietal is has grown into quite a reputation over the last 10 years or so after a rediscovery of it in Panama. It is an heirloom varietal which means it traces roots directly to Ethiopia. We've been working with Finca Carmen for some years and Carlos Aguilera, the owner, planted it back about four years ago. This lot that won the Good Food Award is actually only his second harvest ever of the varietal. [The flavor profile] is layered. It starts off juicy with tropical fruit notes like mango and papaya, then turns toward a floral black tea flavor, and finishes sweet on the tongue like honey. It's one of those coffees that begs you to stop and think about it.

The coffee is currently available in limited supply, as it is only roasted once a week. It is recommended as a pour over, or espresso.

In the neighborhood, Norma's Cafe is gearing up for its annual National Pie Day celebration on Friday, January 22. Dine-in customers are treated to a free slice of meringue pie, and to witness the debut of the Elvis, which Oak Cliff Advocate describes as a chocolate banana meringue pie, topped with chocolate drizzle and bacon.

Meanwhile, you'll soon have to get the famous sticky buns from Crossroads Diner at a new location. The restaurant is set to relocate from its Walnut Hill location to Preston Trail Village on Tuesday, February 9. Customers can visit the original location until Sunday, January 24.
In Plano, the Vietnamese fusion offerings at DaLat are officially gone, as the space has been transformed into an outpost of its pizzeria sibling ZaLat. Unlike its takeout-focused predecessor, the restaurant features actual dining space, a full bar and karaoke, and will soon add more arcade games, per SideDish. Hours run daily from 11 a.m. to 2 a.m. Sunday through Thursday, and 11 a.m. to 3:15 a.m. Friday and Saturday.

Over in Lower Greenville, a new restaurant called Ragin' Crab Cafe has opened in the space formerly operated by stabby hookah lounge Kush. The menu focuses on traditional Louisiana crab and seafood boil, with a selection of shellfish and seasonings to choose from. The restaurant is open Monday through Thursday from 2 p.m. to midnight, Friday and Saturday from 11 a.m. to midnight, and 11 a.m. to 10 p.m. on Sunday.

In closing news: Knox-Henderson Mediterranean haunt Sangria is shutting its doors. Per Sarah Blaskovich of GuideLive, the restaurant is being replaced with a yet-unnamed Asian-fusion concept that opens in March. Her report also tells us that Campestre Chula Vista in Fort Worth is calling it quits, due to structural problems.

The Lakewood favorite, Dixie House is in danger of closing as well. According to Lakewood Advocate, it is disputes with the landlord, and not the parent company's bankruptcy that may be the downfall. The restaurant will continue to operate on a month-to-month lease until further notice, and its owners are in the process of scouting another location.

And rumor has it that Ships Lounge might be getting a new owner after all. Speculation is that ownership was transferred to Nora Restaurant in Lower Greenville, per Lakewood Advocate, but nothing has been confirmed.

In craft beer news: On Rotation is hosting One Year of Beer celebration this Saturday, January 23. The day celebrates the first time the taproom opened its doors, although the official anniversary of its house brews isn't until March. The event takes place from 6 p.m. till midnight.

A new outpost of Lone Star Taps and Caps recently made its way up to Denton. The 3,000 square-foot space features a bar and retail space, with a wide selection of taps and bottles to choose from. Hours run Monday through Saturday from 11 a.m. to 11 p.m., and Sunday from noon to 10 p.m.

Finally, in Deep Ellum, BrainDead Brewing is hosting a Sunday School event, where beer lovers can expand their knowledge of the subject, on Sunday, January 24 at 8 p.m.

Cover image via Norma's Facebook page. Got a tip for The Spread? Email us!