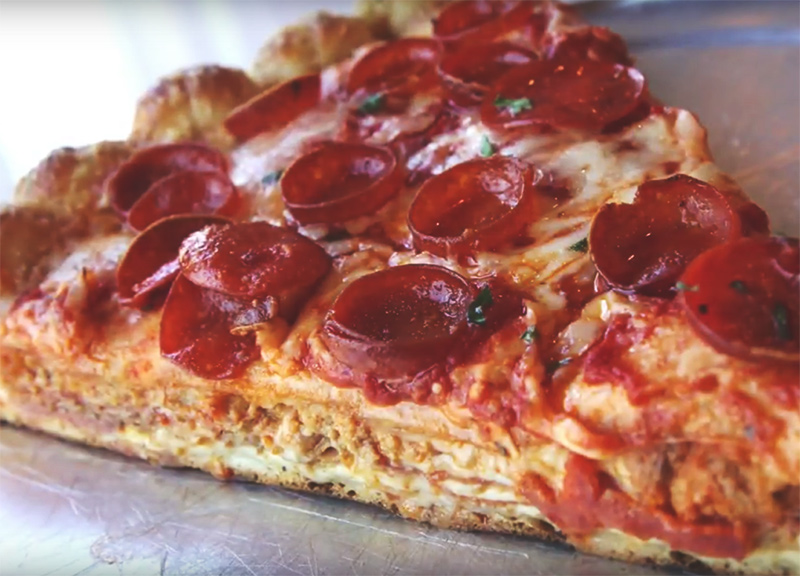 This week, aspiring chefs and wannabe reality TV stars will have the chance to see if they're The Next Food Network Star material at an open casting call in Dallas on Saturday, November 7. Per SideDish, hopefuls looking to make the Season 12 cut must apply through the Food Network site, and have a combination of personality, culinary skills and passion.

Not the passionate sort but still wanna eat somewhat OK? You're in luck! Uber recently launched a new food delivery service in Dallas. The program, called UberEATS, lets diners can order lunch via smartphone and have it delivered to their faces in 10 minutes or less in some instances. According to GuideLive's Sarah Blaskovich, unlike other area delivery services, Uber will focus on local offerings from fooderies such as The Rustic, Cafe Momentum, Norma’s Cafe and more, with a select menu of three or four dishes per day. Lunch delivery is available Monday through Friday from 11 a.m. to 2 p.m.

The always worth-the-drive Zoli’s in Oak Cliff, meanwhile, has outdone itself with its new The Spread creation (no relation!). A video shared by Eater shows the making of the 16-pound behemoth that features sliced meatballs, Italian sausage, soppressata and garlic knots as just a few of the ingredients. The stuffed pie is available on Thursdays from 5 p.m. til sold out.

Also in pizza news, Olivella's has plans for an upcoming fifth brick-and-mortar location. Per the press release announcement: The outpost is planned for the Gables Water Street development in Las Colinas in a 2,700-square-foot space that will feature a large outdoor patio. An opening is slated for 2017.

Over in Highland Park Village, the Austin-sprung Royal Blue Grocery is now open. Shoppers can enjoy a selection of specialty items, grab-and-go meals from the cafe, and a coffee bar, as previously reported. Hours run daily from 7 a.m. to midnight.

On the one-off tip, Victor Tangos is hosting its first whiskey dinner and tasting on Thursday, November 5, in honor of its debut collaboration with Koval Distillery. According to the official press release: VT's award-winning bar team hand-selected the single malts used for the custom-blended whiskey. The event will feature a four-course dinner by executive chef Kirstyn Brewer, as well as cocktails and tastings of each of the single malts that went into the blend. Dinner takes place at 7 p.m., with cocktail hour starting at 6:30.

In craft beer news: Starbucks is now serving beer and wine at select DFW locations. This sparks the beginnings of “Starbucks Evenings” initiatives, which features things like small plates in addition to the boozy offerings. Per GuideLive, the roll-out will soon expand beyond its first three participating stores (Shops at Park Lane in Dallas; Lemmon Avenue and Inwood Road in Dallas; Sundance Square in Fort Worth) as other area Starbucks outposts have already applied or received TABC licenses.

And on the national scale, Revolver Brewing's Blood & Honey has received love from Boston Beer Co. founder Jim Koch, who named the brew as one of the 10 beers that have defined his career.

Elsewhere, tickets are still on sale for the Untapped Festival. While both sets of the VIP packages are currently sold out, beer lovers can still opt for the tasting package, which includes a tasting cup and tasting card good for 12 two-ounce samples. Tickets can be purchased through the Untapped website, with the event taking place on Saturday, November 7 at 3:30 p.m.

And, finally, Community Beer Co. is hosting its first communal beer dinner to celebrate the start of North Texas Beer Week. The event will feature some rare, small batch brews alongside offerings from Brooks Cameron (FT33) and Evan Moore (The Bite Company) for a night of locally sourced food and craft beer. The event takes place on Monday, November 9 at 7 p.m.