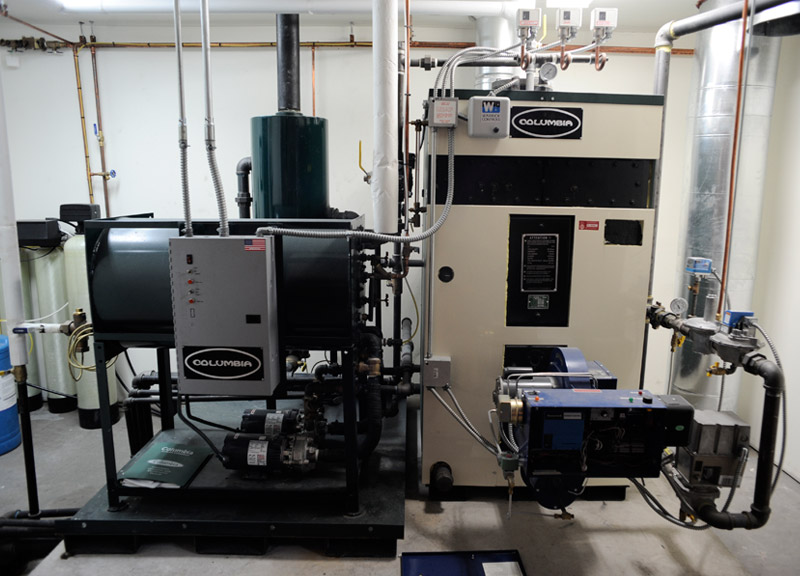 JEM Beverage Co. May Not Be Glamorous. But Its Owners Are Changing The North Texas Vodka Game.

As much as seasoned wine connoisseurs like to sit around, discussing things like the vintage of that special bottle they've got hoarded away in some mysterious underground cellar or the particulars of the bouquet, body and/or balance of whatever limited edition port they're currently sipping, most human beings make wine purchases with a brazen disregard for any of the above. Or, really, how the liquid in the bottle tastes at all.

Whether most people readily admit it, the majority of wine purchases in this country are based almost exclusively on what the label looks like. Seriously. Numerous articles have been written on the phenomenon, and most agree that labels that feature animals doing things, clever/funny names or French writing generally sell the best. And, so long as the product inside doesn't taste completely like feet, repeat sales are quite likely.

“Vodka is kind of the same way,” says Evan Batt, who co-owns the Carrollton-based upstart distillery JEM Beverage Co. “There's not a lot of differentiation in vodka, and 90 percent of people water it down with cranberry juice, so they don't really know [what it tastes like] anyway.”

For the past 10 months, Batt and his partners John Straits and Michael Pfeiffer have been cranking out a tremendous amount of their company's Western Son Vodka — especially when one considers that the trio are, for all intents and purposes, the company's only employees. And vodka is only part of the company's focus: In recent months, they've also begun distilling Stingray Spiced Rum, Red River Texas Bourbon and Rye Whiskies, and entered the world of flavored vodkas with Western Son Ruby Red Grapefruit, Sun Ripened Citrus and Orchard Peach.

“I don't think anybody does what we do on this scale and cranks out as many brands or even the volume we do,” Batt says. “We haven't been short of ideas, which is kind of cool. Well, it's kind of bad, but we're always busy.”

To hear Batt explain it, making product is only half of the distillery game's battle. Several days a week Batt, Straits, and Pfeiffer — who collectively have amassed more than 50 years in the industry working at places like Glazer's Distributors, E&J Gallo Winery, MillerCoors and Guinness USA — are working to sell their products to distributors, bars, liquor stores and end users. Their products are now available in nine states, including most liquor stores in North Texas.

“We knew the part of the business that starts outside of that door after the product is already made,” Batt says. “We never had to worry about production. We knew the sales side, the distributor/management side. I wish we could just make something and then sell it and be done. [But if] you can't sell it, you're in trouble.”

Besides churning out quality products that they believe in, Batt says branding is really the key to JEM Beverage Co.'s initial successes since its 2011 launch. Or, as Batt puts it: “We don't sell JEM Bev. Co., we sell our brands.”

Helping on that front is the trio's business partner Ben Jenkins, whose company OneFastBuffalo has helped develop a number of brands in town, including the Warstic Bats company that he also co-owns, as well as Firestone & Robertson's foray into the whiskey business. Those custom leather-topped corks that have become something of a signature for that brand, for instance, were Jenkins' brainchild.

But Jenkins' approach to branding for the much larger Firestone & Robertson doesn't necessarily work with JEM's barebones setup. Batt, Straits and Pfeiffer handle every step of the distilling, bottling and packaging themselves. While the trio have admitted their small size has limited “fiscally irresponsible” moves like constructing their own bottle caps in-house at times, they say that this method has also proven exceedingly beneficial at other times.

“We're not a big, awesome-looking distillery,” Batt says in trying to explain why he and his partners have yet to begin offering regularly scheduled tours to the public. “There's not much to see. Some people create [their distilleries] for a tour. We're here to build a product.”

And contrary to conventional wisdom, their limited space and staff actually help them do this much more quickly and efficiently than some of their bigger competitors. With no research and development department, the company is able to create and brand new products extraordinarily quickly. One new spirit that JEM recently added to its arsenal was conceived and branded in a matter of three days. That's the benefit, really: This company's small scale and fast pace makes it much more capable of filling market gaps while their larger competitors are still working their plans up the corporate food chain.

Or at least that's how the story of one of the company's new Western Son Ruby Red Grapefruit Vodka played out. Because their company lacks a corporate above its main, three-headed beast, JEM was able to beat the Austin-based Deep Eddy Vodka to market with their grapefruit-flavored vodka by several weeks. (Why none of the many other Texas-based vodka companies had yet thought to infuse any of their spirits with the official Texas State Fruit is neither here nor there.)

Like all flavors of Western Son Texas Vodka, the grapefruit-infused edition is a ten-times column-distilled spirit made from osmosis-filtered water and 100 percent American yellow corn that is smooth and flavorful enough to enjoy straight — or, in the case of the Ruby Red, as part of one hell of a Greyhound.

Equally enjoyable is the company's Stingray Spiced Rum, which is a spirit derived from 100 percent sugar cane and infused with hints of all natural vanilla, cinnamon and almond spices. Again, it's a drink that's just as suited for drinking on the rocks as it is as part of a vanilla Coke-type concoction. It's also the special ingredient behind local chocalatier Dude, Sweet Chocolate's Stingray Fudge.

As good as their products are, though, Batt truly believes that branding and labeling are the largest parts of his company''s success. Much like the winemakers that rely so heavily on labeling, JEM Beveredge Company's spirits rely just as much on their branding. Fortunately, that's one area the company definitely has a firm handle on.

“You buy a brand based on your personal connection with it first,” Batt says. “You buy Grey Goose not because it's the best, because it's not. You buy it because you're acting like you're prime time, and you're rollin', and you're glamorous and showing off. The reason you buy our brand is because you want to support local or you like the craft movement. Immediately, you make an association with it. Whether it's the military charity tie-in [a percentage of Western Sons' sales are donated to the Peter Burks Unsung Hero fund that sends care packages to soldiers who are serving overseas] or anything like that, you make a decision before you ever taste it most times. It's true with all brands. People that drink Ciroc don't drink it because they love the liquid, they love it because it's in a rap song.”

Of course, that only goes so far. Sure, there's that contingent of North Texans that are going to try Western Son for the first time solely based on the fact that it's the most local option. But what Batt and his partners are banking on is the fact that the flavor profiles they're building out in Carrollton are worthy enough of repeat buys.

“There's a reason behind every purchase, and it's not always because of the liquid,” Batt says. “But if your liquid sucks, they're obviously not going to buy it again.” 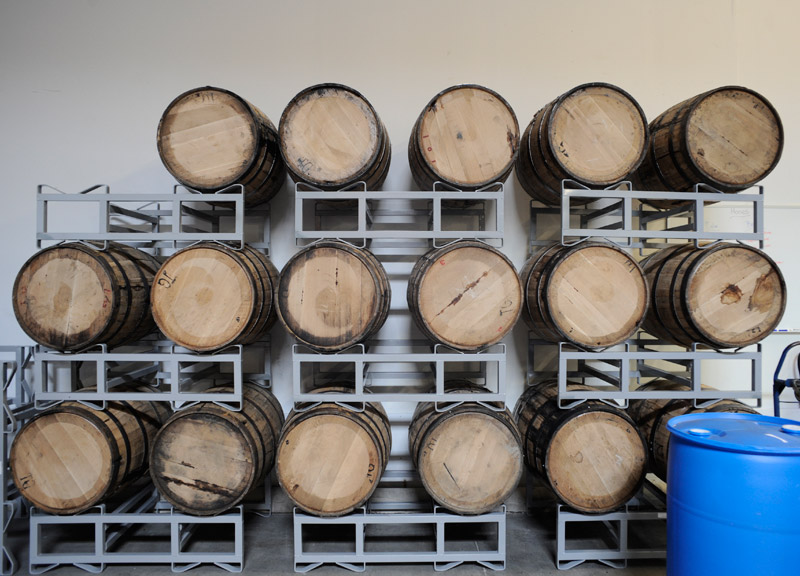 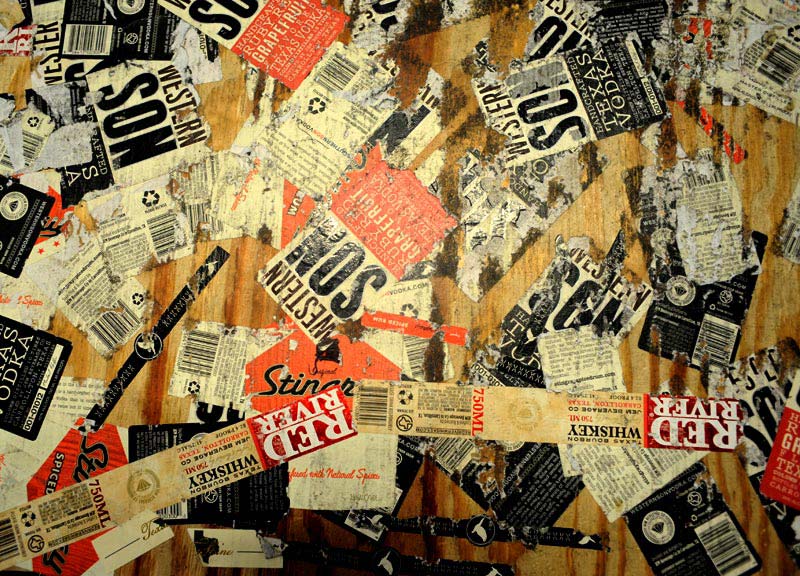 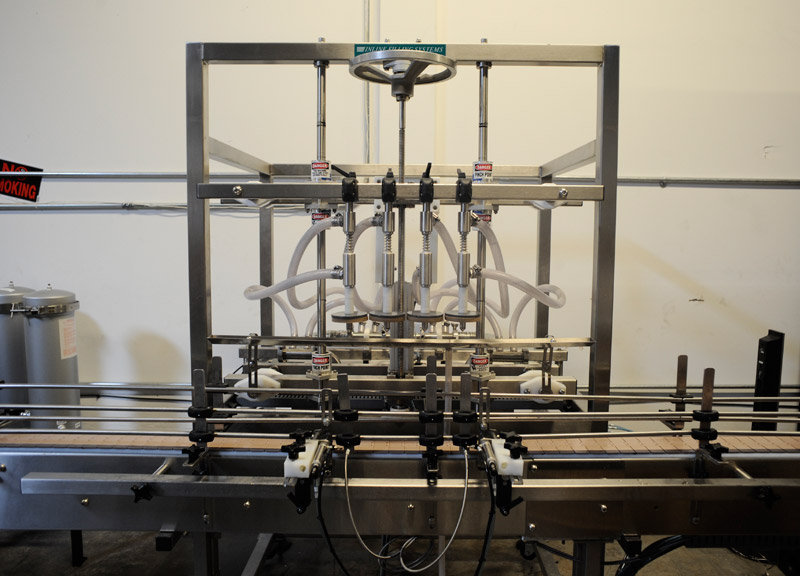 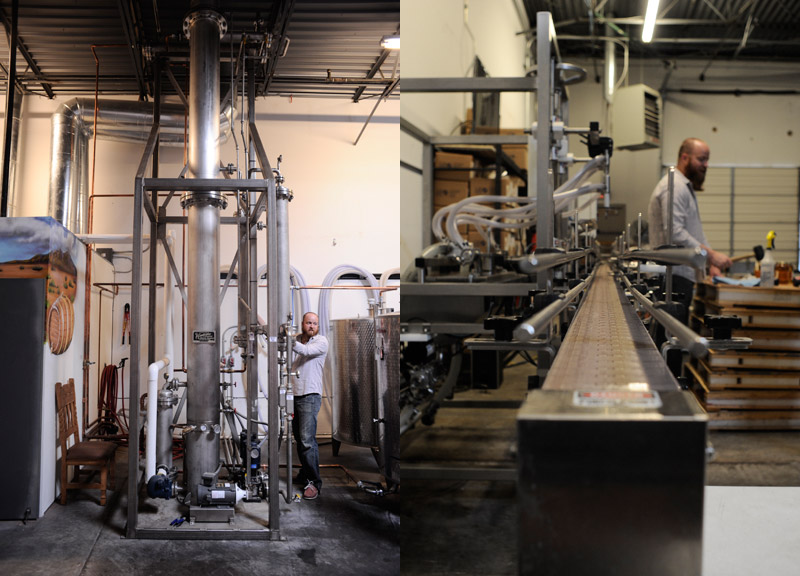 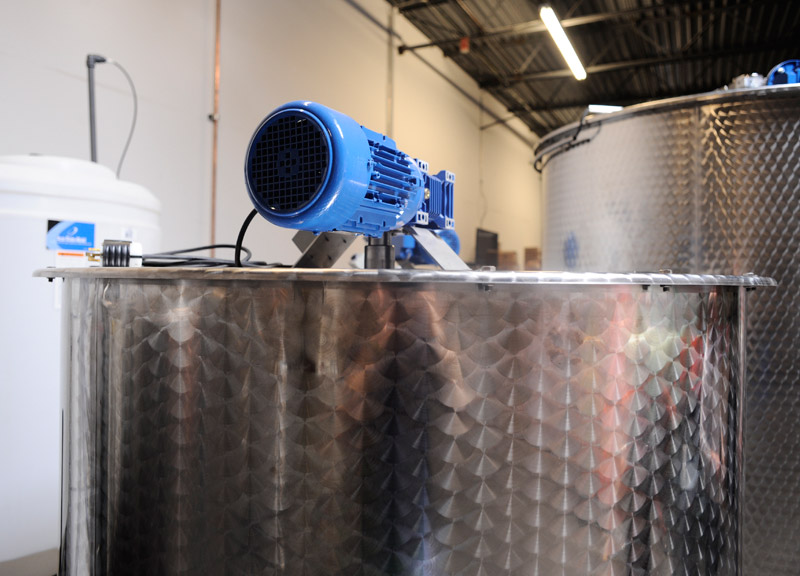 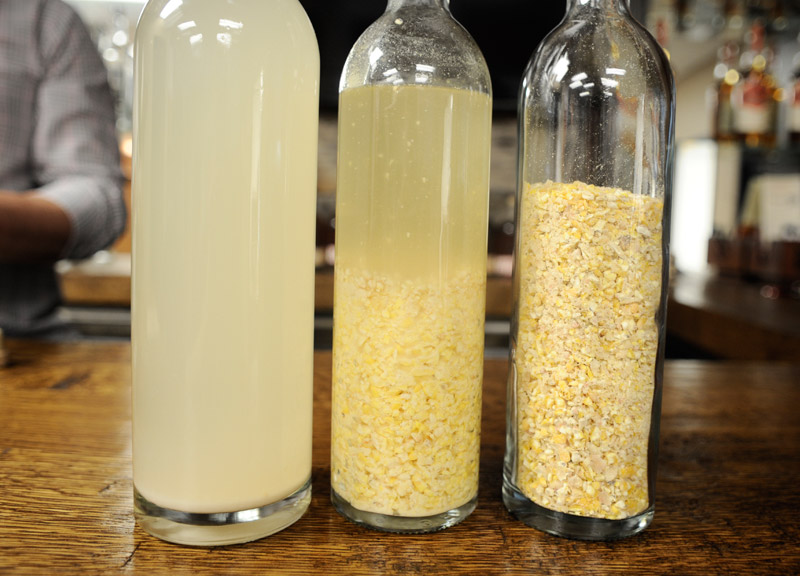 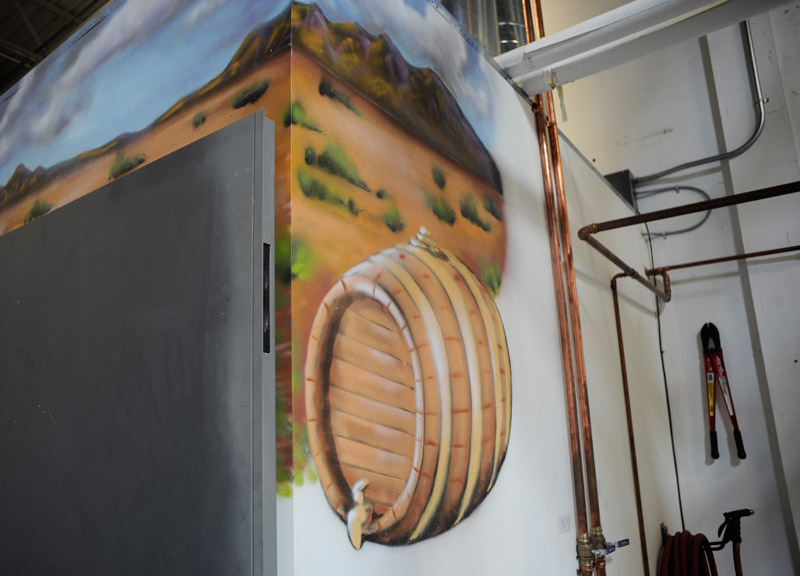 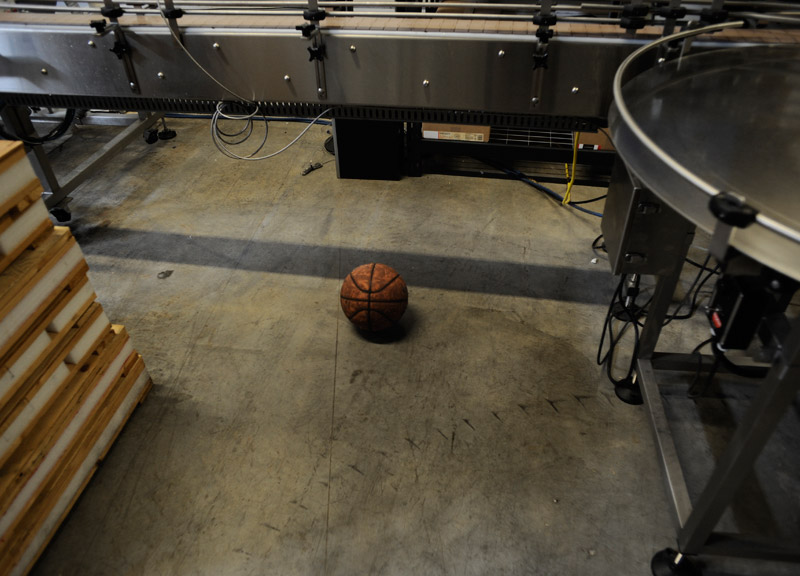 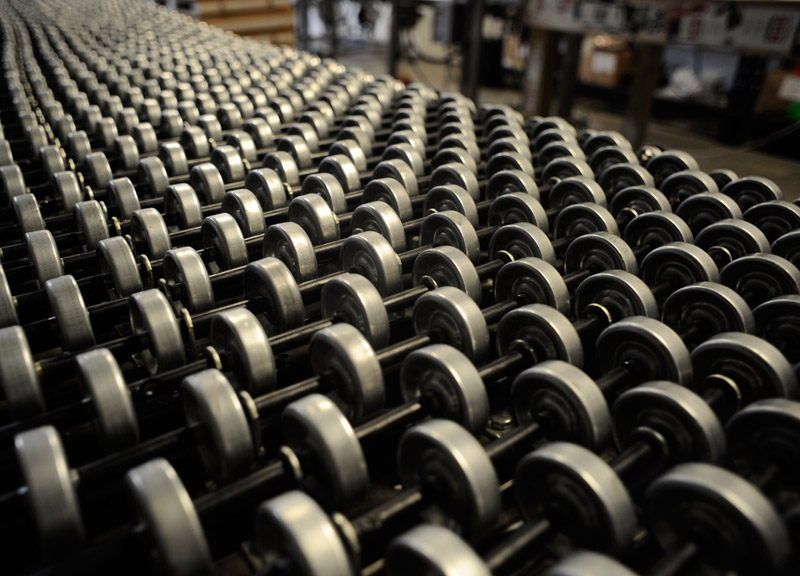 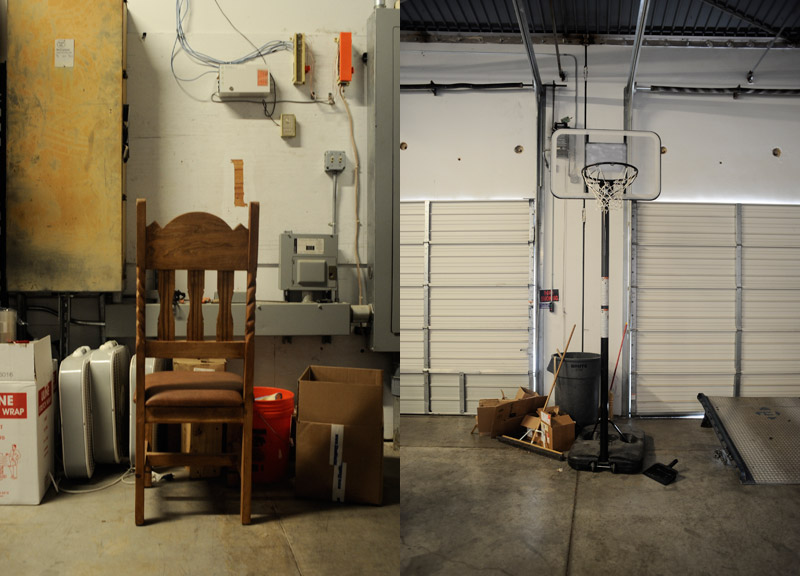 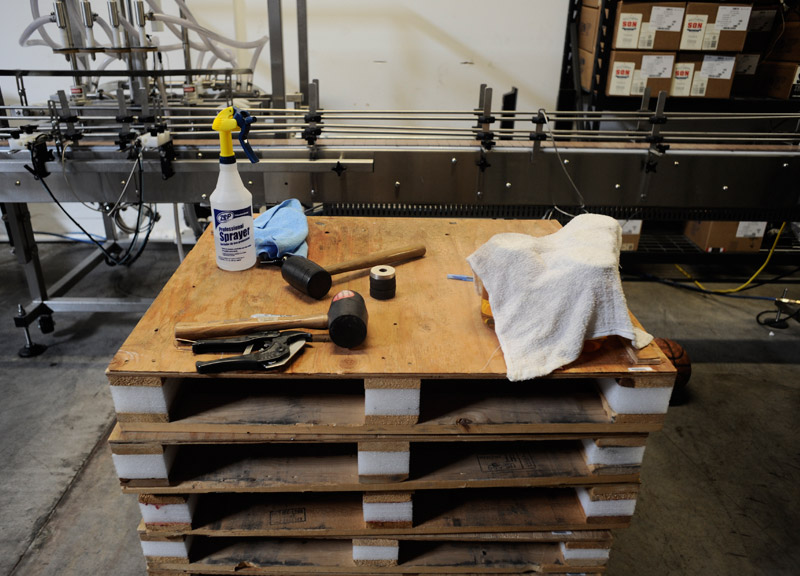 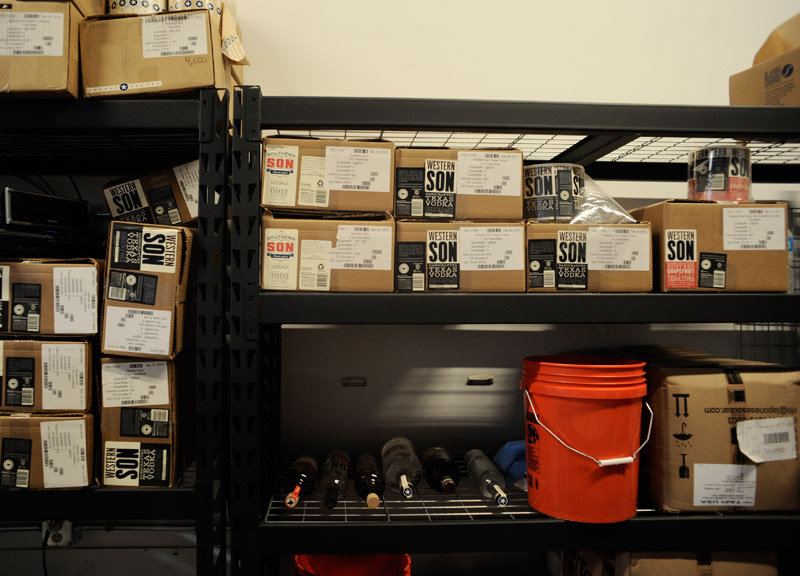 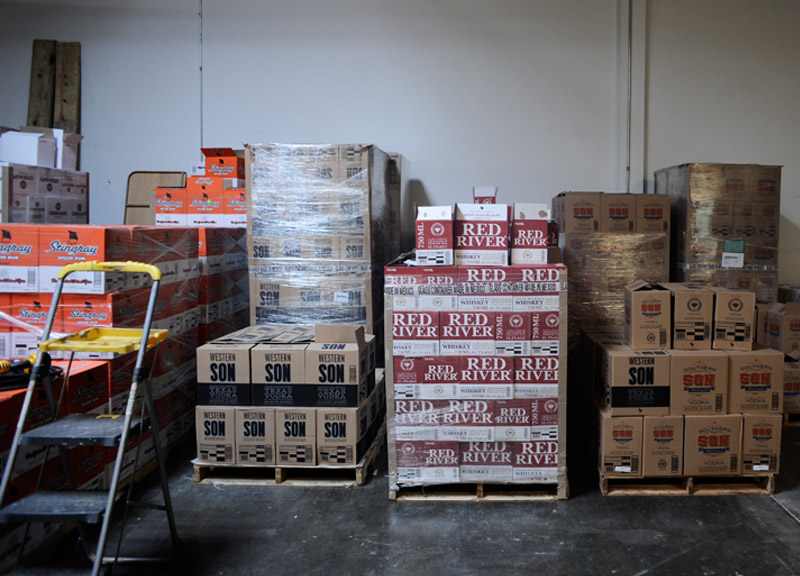