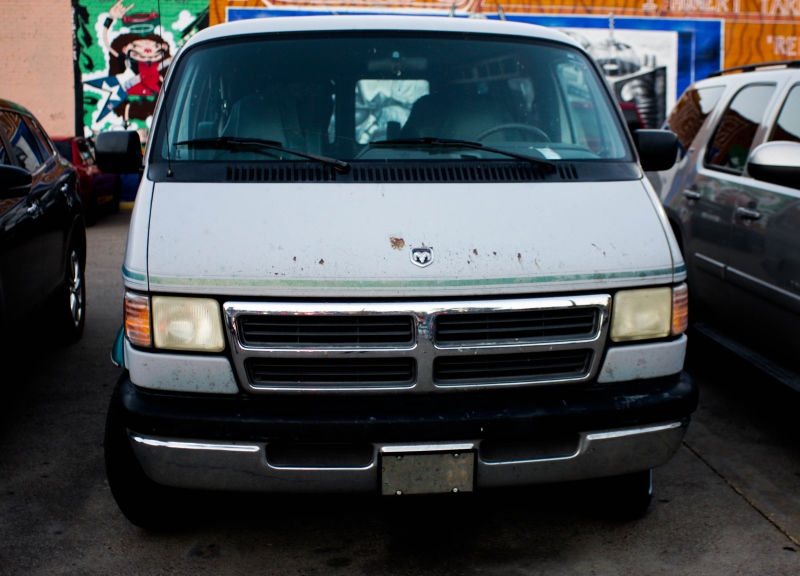 Wray's Van Is One Sexy Mother.

Last month, the Birmingham, Alabama-based power-gaze trio Wray stopped through Dallas to play Dada in an opening capacity on the Man or Astro-man? tour.

It was the band's first time to play in town, but we're guessing after the reception it received for its hazy bent on pop music that the guys will be back sooner than later.

Here's hoping, as the “southern wave” shoegaze trio came off as a group of genuinely nice guys when we caught up with them before that show to talk about their touring van, which they're currently using as they head out west for yet another tour. Hopefully, unlike some of the band's previous road trips, the van will remain blowout-free this time around.

Tell me about your van's name.
Blake Wimberly (Drums): “Ah yes, Mama Chula.”
David Brown (Guitar/ Vocals): “We were talking about earlier actually.”
David Swatzell (Bass/ Vocals): “Somebody said she was acting up, and we were like 'How do you know it's a girl?' So we named it when we're on tour last. Yeah, it just comes from this lady we ended up with in Boulder, Colorado. She kept calling someone else Mama Chula.”
David Brown: “We just started to giggle and it stuck.”

How did y'all end up with Mama Chula?
David Brown:: “Craigslist. We bought it off a guy named Darrell who got it from his wife's cousins. But it was great because it was a '94 and it only had 44,000 miles on it, and we thought there's no way this is for real, so we looked up all the details, the Blue Book, all that stuff, Carfax.”
Blake: “They had gotten all the routine maintenance for the past 20 years, even without going over the mileage. Oil change, all of that. We went and got it checked out.”

Have you guys made modifications or anything to it?
David Brown: “There's some Reese's Fast Break candy bar rubbed into the center down here. Our friend Gibbs did that. We put curtains up in the back.”
Blake: “We used to have full curtains.”
David Swatzell: “It looked kind of like an Aztec, Southwestern kind of design.”
David Brown: “We just got brand new tires. We had two blowouts within an hour, last night, on the way here. So we got four new tires.”

Speaking of tire blowouts, y'all have any other good breakdown stories?
David Swatzell: “Yeah, radiator problems.”
David Brown: “On our last tour with Man or Astro-man? it totally overheated.”
Blake: “Today, we were late because of the blowouts, though.”
David Swatzell: “But it's been relatively good. It doesn't start sometimes. Other times, it'll just cut off while you're driving. But we went and supposedly had that fixed.”
Blake: “It hasn't happened since.”
David Swatzel: “The seats don't recline.”
David Brown: “They're actually very uncomfortable. But it has the couch that turns into a bed. But normally we can't use it because that's where we put all our equipment.”
Blake: “We tried a trailer and it just sucks.”
David Brown: “It sucks in big cities.”

Who usually does the driving?
David Brown: “We all do.”
Blake: “It's actually my daily thing.”

On the road, what do you typically like to listen to?
David Brown: “We actually only have a tape deck and a radio. We have the adapter, though.”
Blake: “We used to have a bunch of tapes in there, but it's whittled down to like three: Native Lights, which is a now-defunct band we were on tour with; The B-52's' The Party Mix; Modern English.”
David Brown: “There's A Flock of Seagulls in there, too, I think.”
David Swatzell: “We stopped with the cassettes, though, because it got out of control, stepping on them and spilling stuff on them. So it's either that or what's on your phone or Spotify.”

What else should we know about this van?
Blake: “I love it. I like driving it around. It's got surprisingly better gas mileage. It's a got a 25-gallon tank, so maybe I'm thinking in terms of a Honda Accord or whatever I used to have. Now, 25 gallons will get you awhile. It surprisingly has better sound than I would think — especially when no one's in it. The back speakers are pretty loud, I think. We've only had it, what, a year? A year-and-a-half, maybe? We've put 30,000 miles on it.”
David Swatzel: “We got caught in the snow in Boulder, though. I think that's one of the reasons we named it Mama Chula.”
Blake: “That was a weird couple days. It's been good though.” 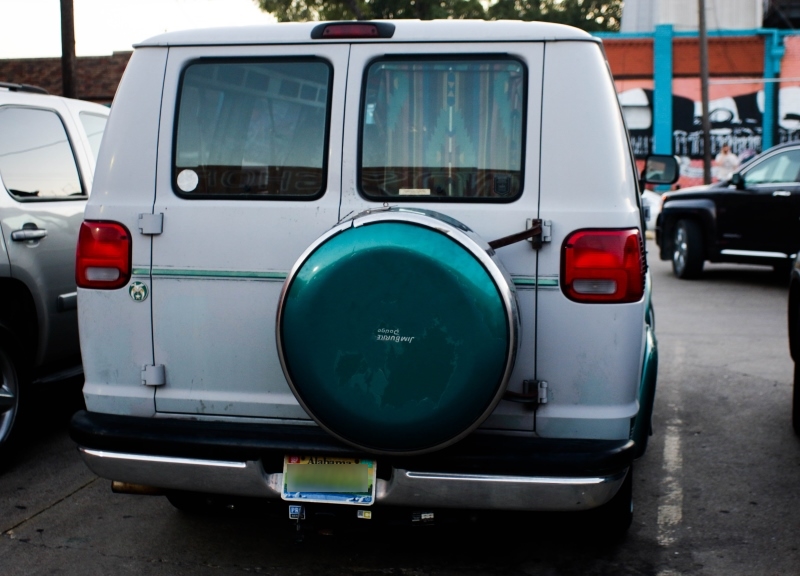 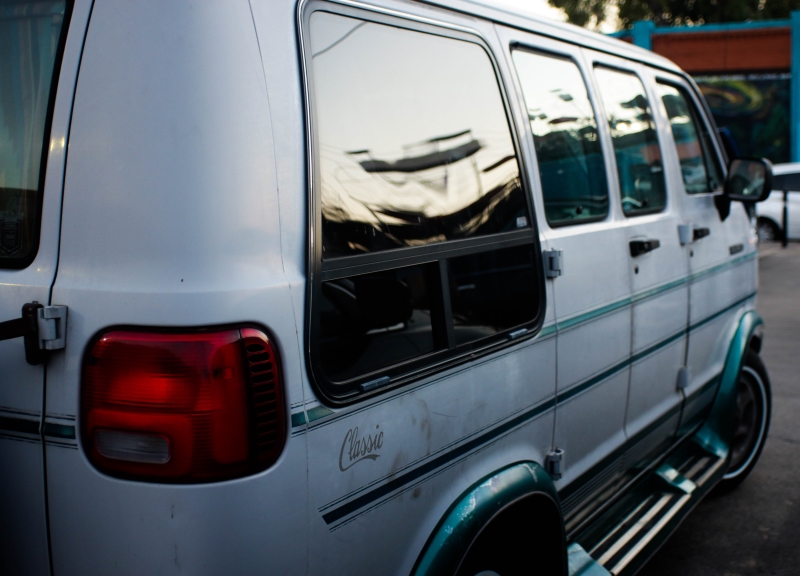 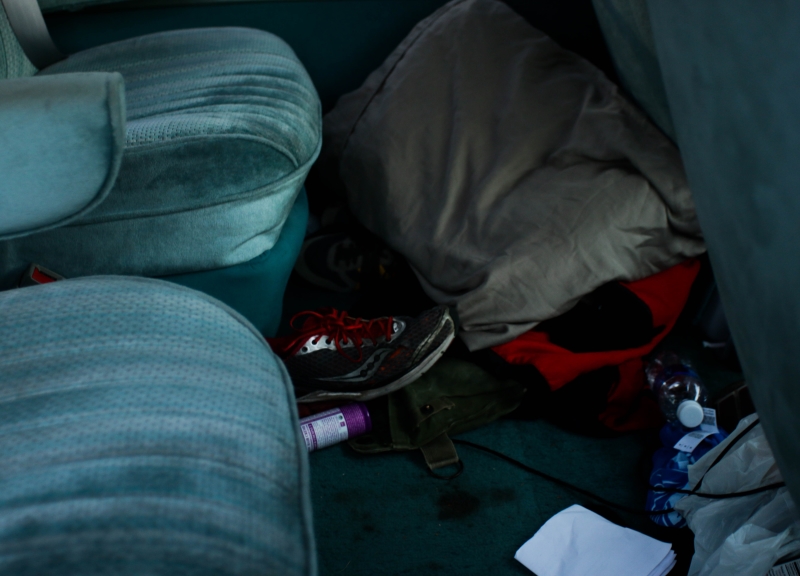 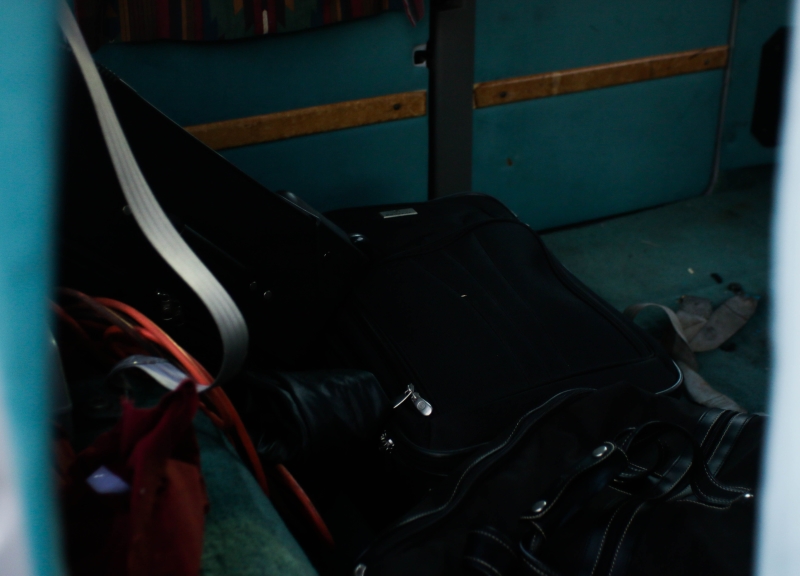 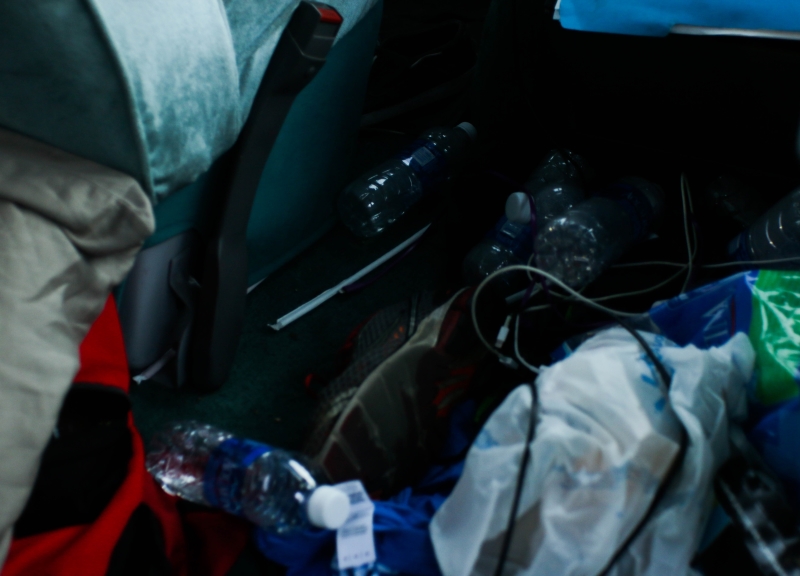 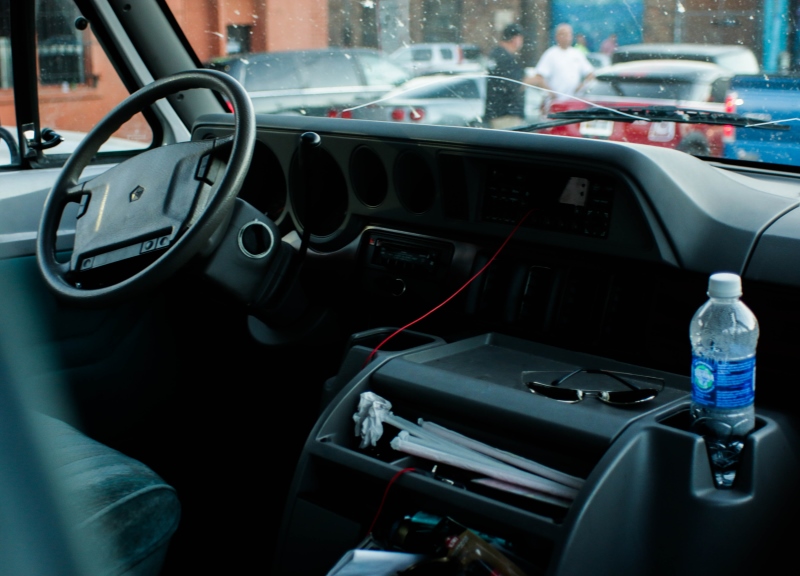 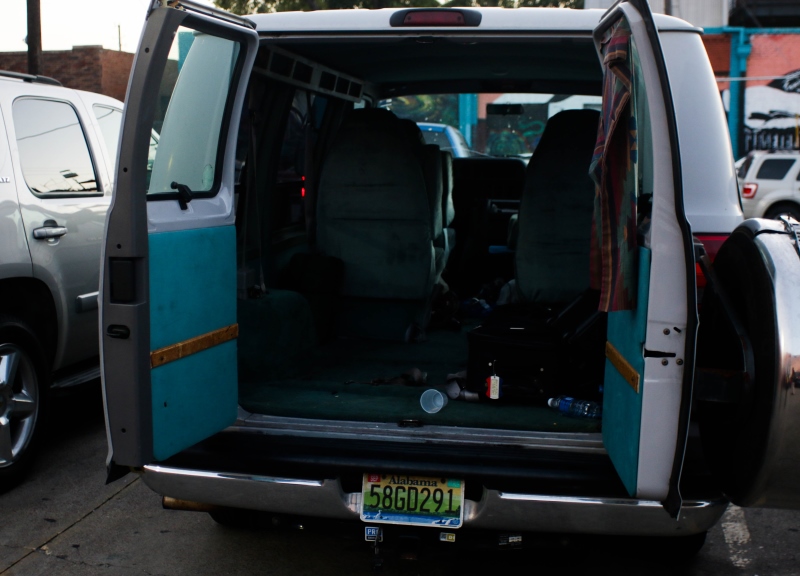 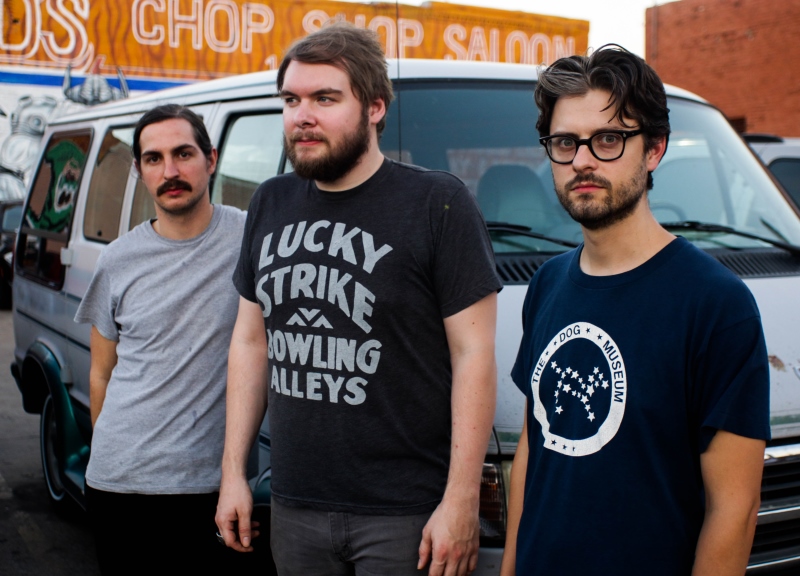