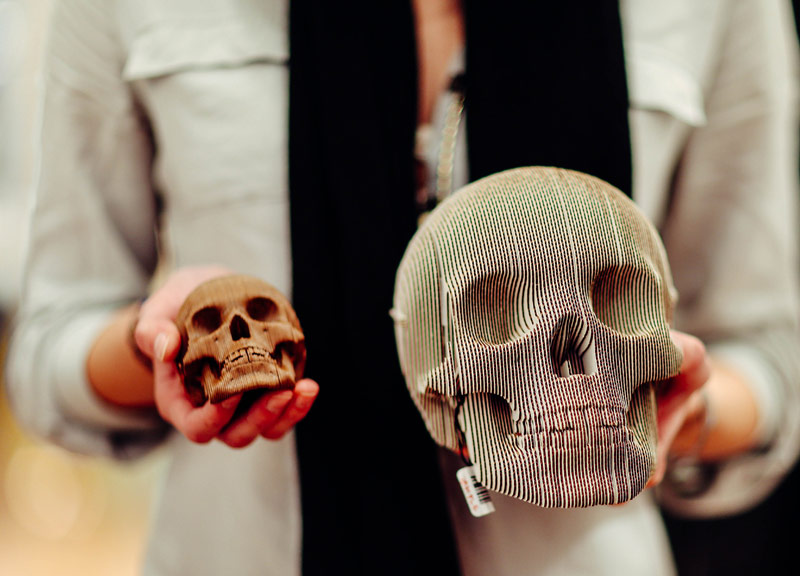 Nicole Kwon's Uptown Boutique Quietly Stands Out From The Crowd.

Tucked away in the heart of the West Village lies a boutique so fashionable, it's called a Concept Store. The narrow 1,000 square foot industrial space with sky-high-ceilings — properly known as Nicole Kwon — is, in fact, a place of sheer conceptual genius.

It's also just about as hidden a gem as they come: One entrance — which faces a busy McKinney Avenue — can make entering the shop closely resemble a game of Frogger, and the other — which backs up to the shopping center's parking garage — leaves the painted storefront largely concealed by oversized vehicles. Needless to say, actually getting into this chic haven isn't necessarily a walk in the park. Nevertheless, it's well worth the risk.

Open for a little over a year now, Nicole Kwon (the store) — not to be confused with Nicole Kwon the owner, buyer, in-house designer and lovely woman, among many other things — is not necessarily the newest game in town. At the same time, it has yet to become a household name among the typical Uptown set, either.

Maybe that's just because a lot of folks have such a hard time stepping out of their Kendra Scott wearing comfort-zone? Or maybe, just maybe, that's because the young entrepreneur doesn't need to plaster the interwebs with Facebook ads just to up sales and brand recognition for her store. If, like they say, the one who whispers speaks the loudest, it would definitely be Nicole Kwon doing all the whispering.

Popular amongst a loyal crowd of worldly D-Town transplants who know trends as well as their frayed passports know stamps, the boutique also carries women's wear and men's wear lines from around the globe. Check out the labels on any flawlessly hung or perfectly folded item and you'll see a bunch of fancy names you probably don't recognize or can't pronounce, like Jaal Atelier or Hussein Chalayan.

There's no Tory Burch here, either. And that's a good thing. There is, however, a vast spectrum of quality, fashion-forward collections, garments and accessories of all styles: casual oversized-shirts, perfectly structured dresses, edgy rings and cuffs, you name it. All of which maintain a level of unspoken refinement. And all of which are made by talents based out of budding metropolitan areas like New York, LA, Paris and Stockholm, just to name a few. Kwon (the store owner) is even friends with some of the designers on her roster.

“I stay on her couch when I go to New York,” Kwon says nonchalantly when pointing to a new garment on the rack by SHIN.

You know what else is totally normal? The Korean small business owner has only been in the states for a total of 10 years now, speaks impeccable English, boasts an education from the University of the Arts London, and has an impressive resume with names on it like Vivienne Westwood. Yeah, like we said, totally normal.

What is quite unusual, however, is Nicole Kwon's price point. Items range anywhere from $35 to $2,500, making it a place where there's truly something for everyone's budget — big or small.

“People were skeptical at first and thought it wouldn't work,” explains Kwon. “But I buy [merchandise] that way because I like to mix affordable items with higher-end pieces.”

And her pricing methodology does work. Instead of stooping to the level of other retailers notoriously known for marking up poor-quality mass-produced clothing, Nicole only sells what she herself considers artistic and well made, and then she sets prices accordingly. Many of the designers she carries, aside from her own in-house line, are exclusive to the store. Namely because mainstream Dallas boutiques just don't take the time to find unique textiles from Italy, to recruit up-and-coming designers from Brooklyn, or to even take advantage of home-field talents, like local Jewelry designer, HEX.

What you won't find behind the walls of Nicole Kwon is a sea of sameness.

“[Nicole Kwon] is like an oasis for those who prefer the understated amidst a traffic jam of flashy baubles and ostentatious labels,” says long-time shopper Jessica Johnson.

That's just what makes Kwon noticeable: Her knack for selecting, buying and filling an entire room full of different artists' work, while maintaining some sort of thematic, curated vision. Everything, on its own, looks distinguished and intricate. But everything, together as a whole, feels quite refreshingly cohesive and simple.

In fact, it's the simple things in life that Kwon is inspired by most, like a little ray of warm sunlight. And that's just what she is to us — Nicole Kwon is the light that shines upon West Village's fashion scene — or lack thereof — exposing areas left for improvement in the local community, and likewise, quietly standing out amongst the crowd. 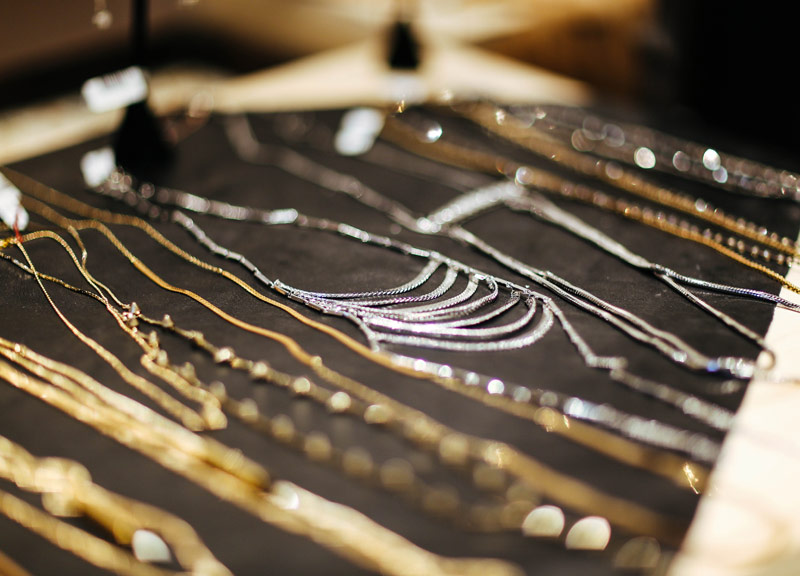 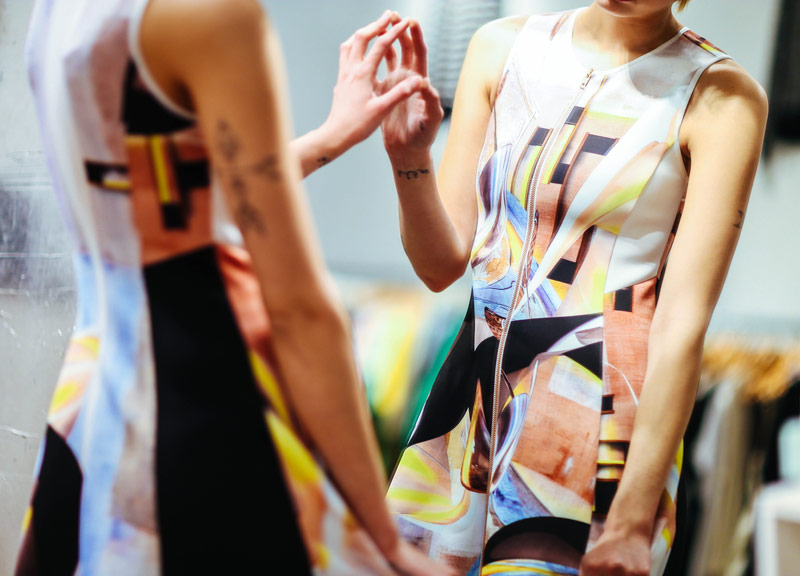 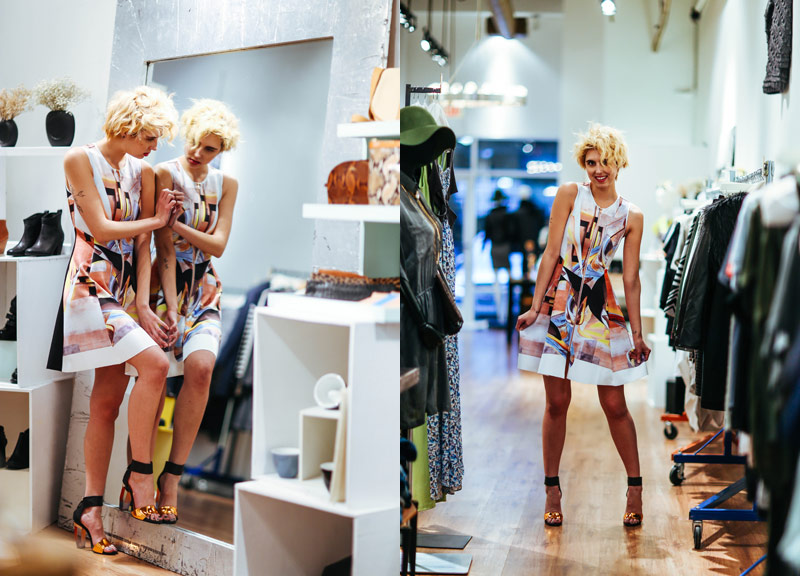 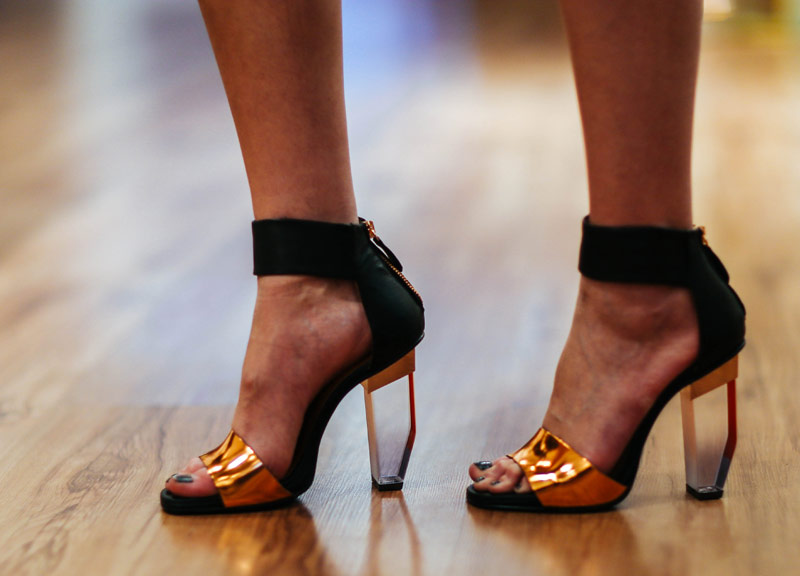 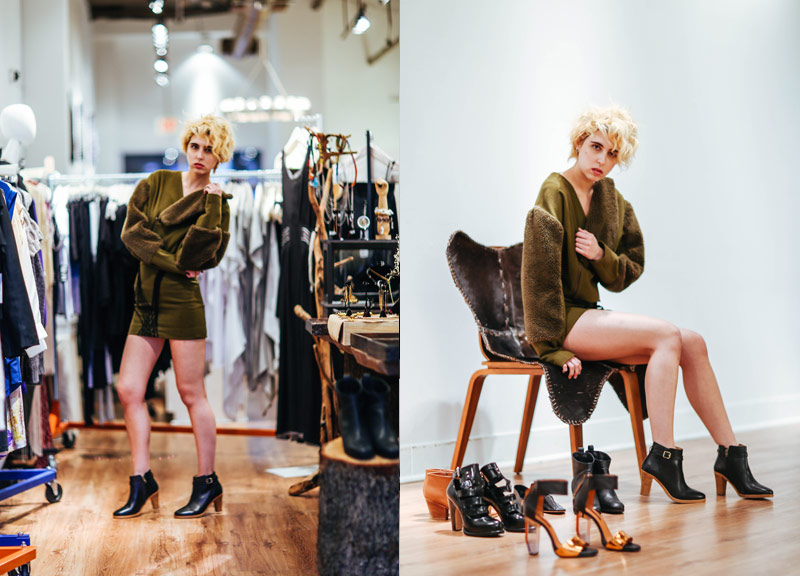 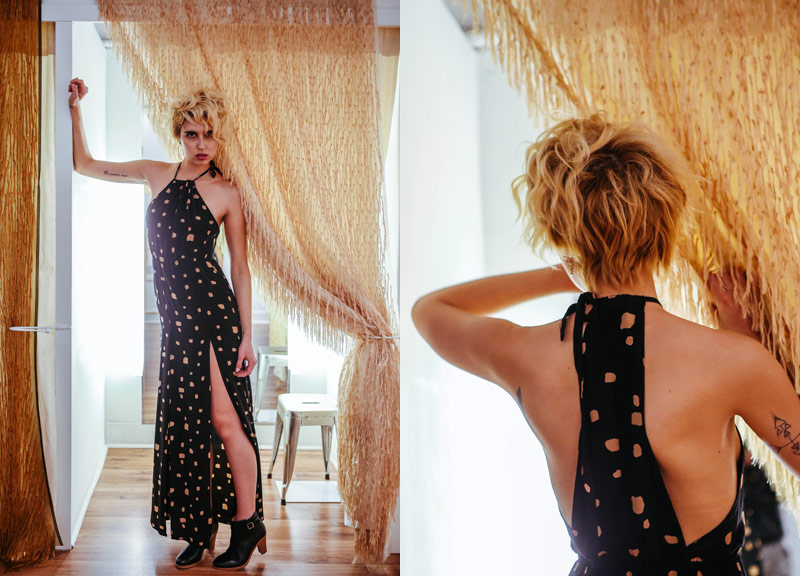 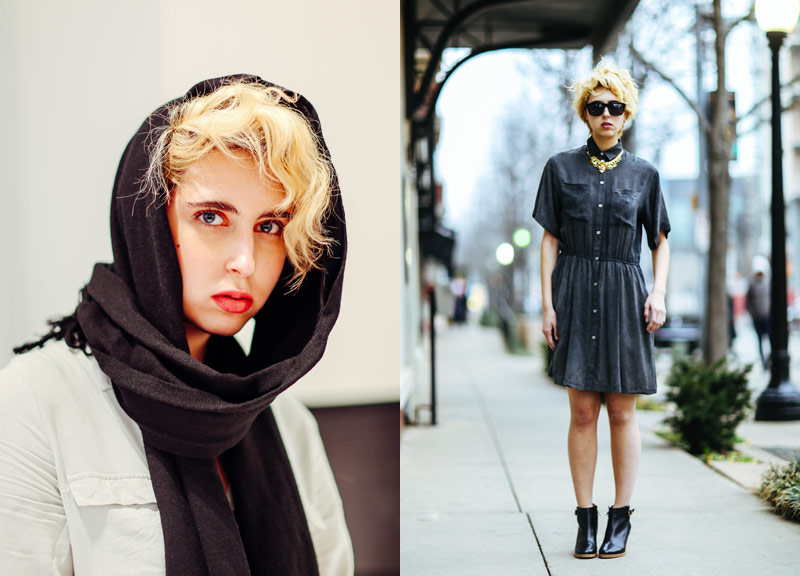 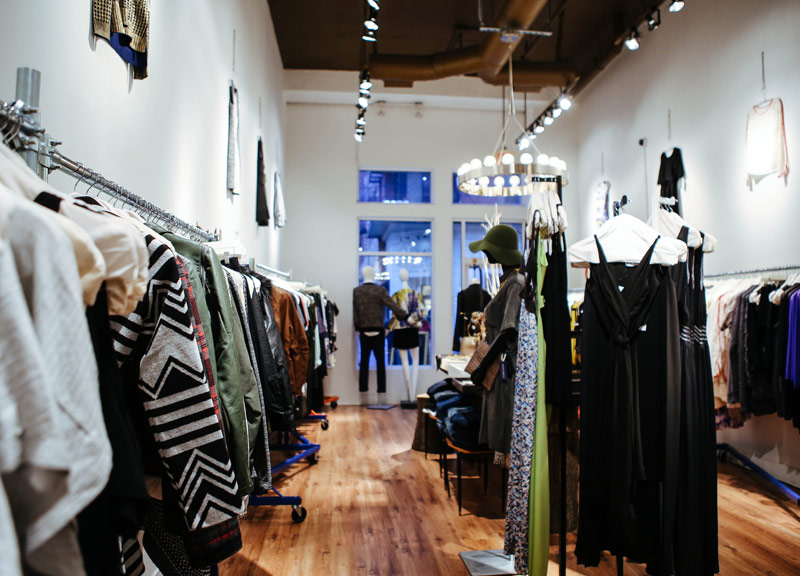 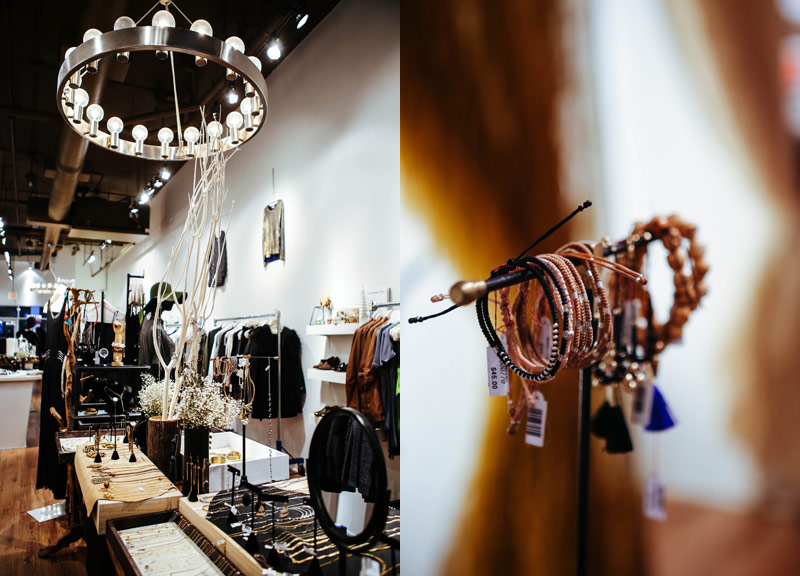 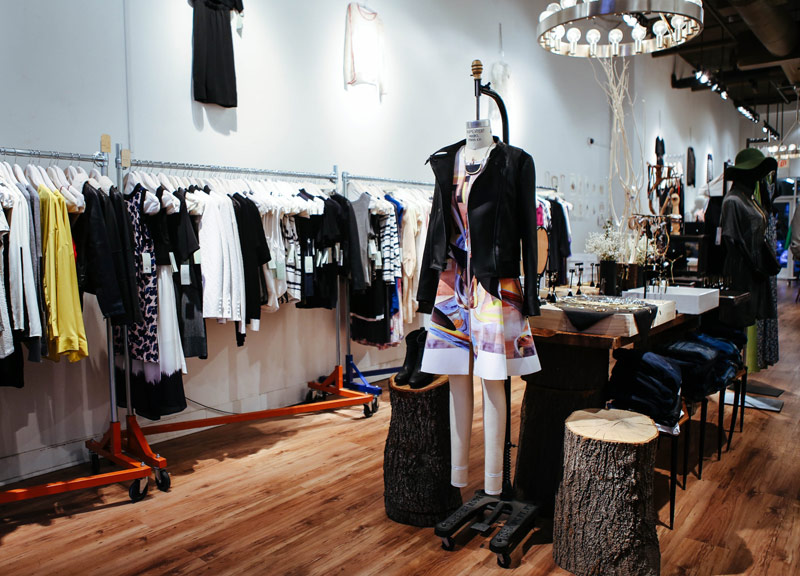 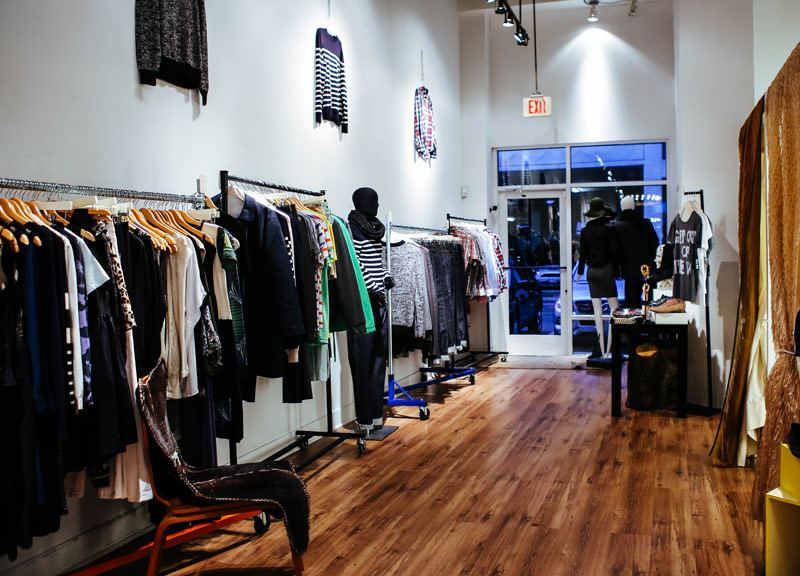