Songs Of The Week: The New Year, Razorbumps & More. 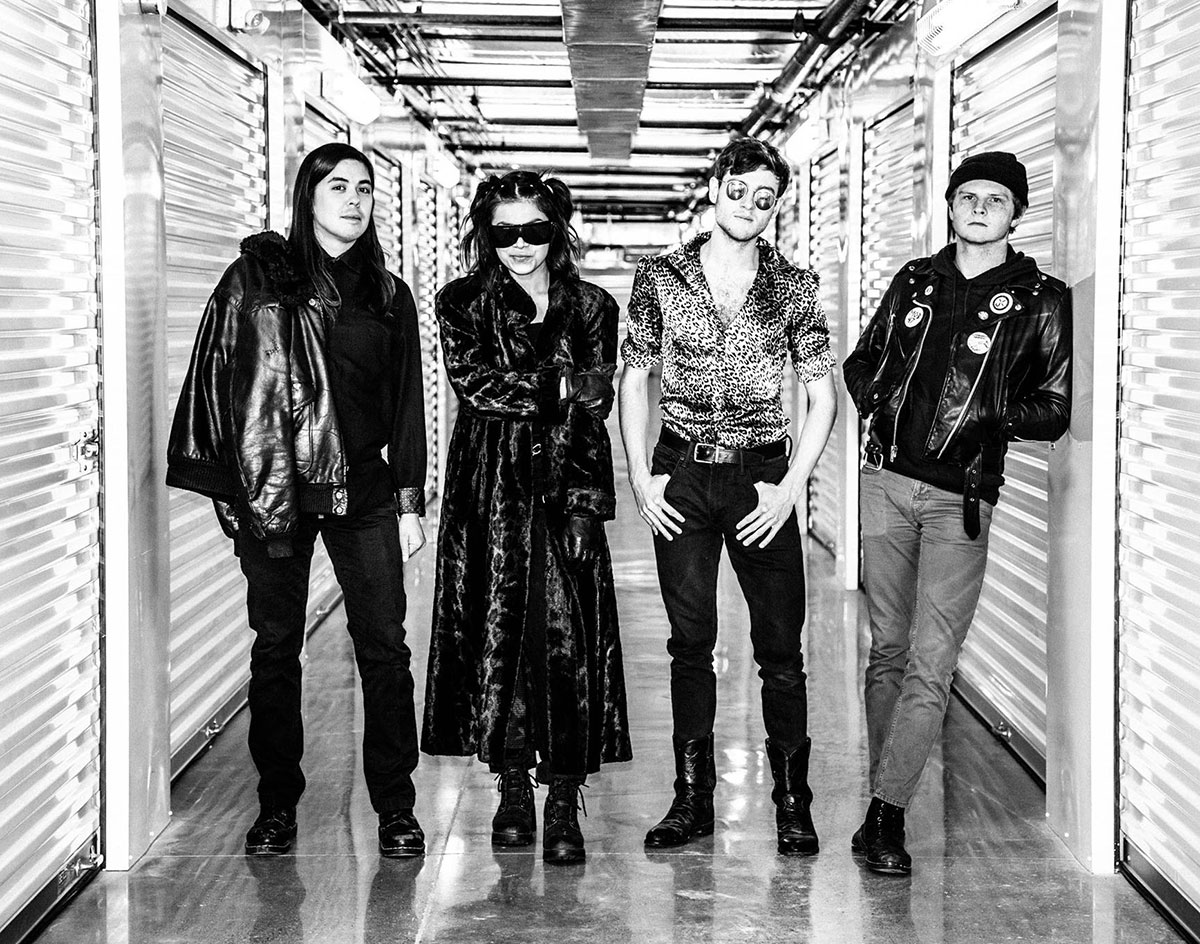 Josh T. Pearson – “Straight to the Top”
RIYL: Making up for lost time.
What else you should know: Pearson doesn’t waste any time on the lead single for his upcoming album The Straight Hits!, which finds him jumping right into things with a burst of energy that he fervently maintains through the final beat. But fans of the Lift To Experience vocalist will have to wait a bit to get more where this one comes from: Pearson’s first solo album in seven years isn’t due out until April 13. Oh well. If history is any indicator, it’ll arrive with boatloads of critical acclaim.

Bhad Bhabie – “Hi Bich (remix feat. YBN Nahmir, Rich The Kid and Asian Doll)”
RIYL: Being flyer than those hoes — like a pink kite.
What else you should know: We’re not really here for Bhad Bhabie, who’s best known to the world as the Cash Me Ousside girl aka Danielle Bregoli. Far as we’re concerned, the real story here is Dallas’ Asian Doll, who snags a slot on a high-profile remix that has caught the attention of TMZ, Billboard and XXL, the last of which went out of its way to praise Doll’s scathing verse. The Fader is definitely onto something with its claim that Asian Doll is an artist to watch in 2018.

The New Year – “The Last Fall”
RIYL: Oscar-worthy music videos.
What else you should know: The Dallas-sprung pioneers of slowcore just released this new video from its 2017 album, Snow, and they didn’t get just any old bum to direct it. No, the Kadane brothers called upon onetime prominent Dallas music critic Keven McAlester for the job. Of course, he’s got credentials there: His 2014 documentary Last Days in Vietnam was nominated for an Oscar, after all. So it’s no surprise that the music video is a poignant watch that’s rich in storytelling and the perfect complement to a great tune by The New Year.

T.Y.E. – All About Money
RIYL: Calling out the fakes.
What else you should know: The unstoppable force that is T.Y.E. continues onward with new mixtape All About Money, and its lead track “Frank Sinatra” in particular provides opportunity to hear the wordsmith on a beat we don’t typically hear him on — and it’s spectacular, not just because it throws shade at Tay-K’s fake fans right off the top. If you keep up with the video releases T.Y.E puts out, the majority of the other songs here aren’t new, necessarily. But tracks like “Alicia,” “Coffins & Caskets” and “Freemason” make the tape well worth adding to your collection.

Adrian Stresow – “Ooh (Feat. Arizona Zervas)”
RIYL: Those precious oohs and ahs from the crowd.
What else you should know: Adrian Stresow is hyper aware of the eyes he has on him after a successful 2017 in which he garnered a huge following on Spotify — some 243,000 folks from over 61 countries, not too shabby. Meanwhile, over on Apple Music, his album Kid In His Room peaked at No. 15 on the music platform’s hip-hop/rap charts. Ain’t too many other Dallas acts so on top of their streaming platform games.

Razorbumps – “3INAROW”
RIYL: The reopening of the Ol’ Dirty Basement.
What else you should know: We’re a little late this this party, as Noisey premiered this new track from the Denton lo-fi punks in anticipation of its new album Hellrazors a few weeks back. But the energy bursting forth here is impossible to ignore. Plus, Jenn Smith was able to namedrop some great Denton treasures in the Q&A that came with that premiere, and we dig the hell out of that.

Mikul – “Built Like That”
RIYL: Couplets.
What else you should know: With its tempered, snare-driven beat and stressed vocals, “Built Like That” is the clear standout track from Mikul’s new Before This Life project. It’s a combination that really shouldn’t work, but somehow does. Actually, the same can be said of the whole project, which feels unhinged and disjointed as each track feels like its own entity rather than part of a collection. But, ultimately, that just highlights Mikul’s range.

VODEO – “Hey Look I’m A DJ”
RIYL: Forgetting your name.
What else you should know: Fort Worth’s VODEO just dropped this new video for its hilariously titled single. But the song’s good for more than just a laugh: Its undeniable groove that will hook you in, and vocalist Jonathon Gehringer’s smooth vocals will lock you into place. DJs should play this.

Sean Dream – Queen Bee
RIYL: A groove slightly transformed — just a bit of a break from the norm.
What else you should know: Keeping up with Sean Dream, who was formerly known as Dreamchild, is an arduous task considering how the artist pumps out tunes at a ridiculous pace. But “Queen Bee” proves that the effort is worthwhile. It’s another standout with its classic soul-inspired samples and house groove.

French 75 – “If You Love”
RIYL: Bubbly duos with a twist.
What else you should know: For a long time, French 75 mostly existed as a duo. But as evident in the video for “If You Love” and explained by Nakid Magazine, which premiered the new clip earlier this week, bassist Laura Hale, guitarist Tommy Busby and producer Left/Right are now also part of the mix. Meaning? Well, it’s still French 75, but beefier. Or so it sounds at this point. We’ll find out for sure when the group drops its sophomore LP, Reliquary, later this year.