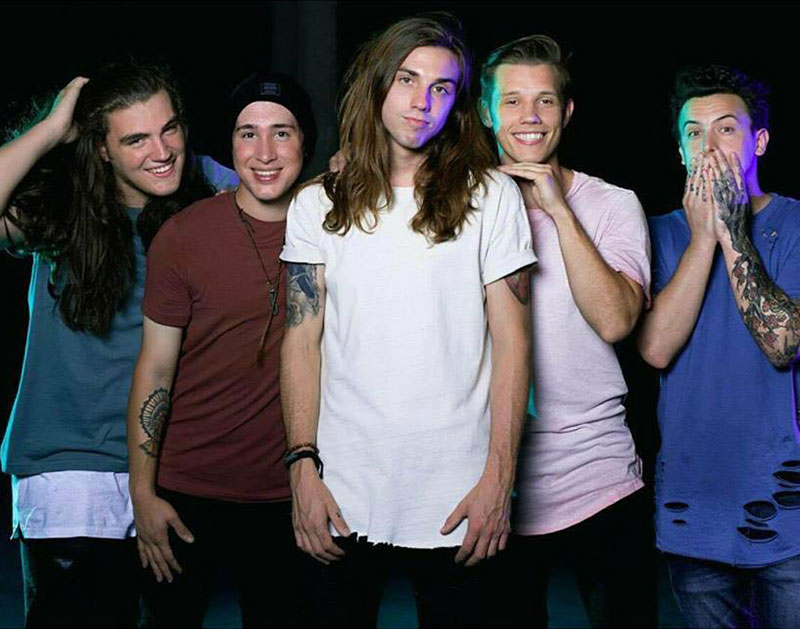 Kaz Moon – Anomie
RIYL: The start of something great.
What else you should know: Kaz Moon’s latest release is nothing short of phenomenal. The writing is sharp, the tone created throughout the album is smooth and enticing with interesting progressions like on “smoke and neon,” and now we’re just interested to see where Kaz Moon goes from here.

OMB Peezy (Produced By Cardo Got Wings) – Humble Beginnings
RIYL: Knowing you always had a talent.
What else you should know: Cardo Got Wings is a national treasure residing in our North Texas region. The superstar producer has all the accolades in the world — things like Grammys, plaques and placements with the cream of the crop, including Kendrick Lamar, Jay Z, Wiz Khalifa and countless others — but it’s his versatility and range that are his greatest weapons. For all the work he’s produced, it’s hard to nail down any signature traits in his beats, and that lends itself well to all the collaborative projects he’s produced. Humble Beginnings is further evidence.

Oh, Weatherly – “Make You Bright”
RIYL: Feeling this way again.
What else you should know: Oh, Weatherly is itself one hell of a week. The Dallas quintet signed to Hopeless Records, released its Make You Bright EP and followed that up with a new video for that release’s title track. The pop-punk outfit’s sound offers hints that its major influences are bands like The Academy Is…. and Mayday Parade. And yet the group has carved out its own identity thanks in no small part to vocalist Blake Roses’ range.

Bando Supreme – Bando Supreme
RIYL: Hypebeasts.
What else you should know: Bando Supreme’s self-titled project probably won’t stand any tests of time, but if you’re looking for an album that is a snapshot of today’s trends and presents them fairly well, this project does just that. Yes, from the artist’s name to the album’s cover art and the track titles, this has a 2017 timestamp all over it. But that doesn’t mean you can’t have fun listening to it.

Jon Bap – Yesterday’s Homily
RIYL: Sonic explorations.
What else you should know: About his latest release, Jon Bap told Okayplayer: “The album is about duality, going through life’s cycles, learning lessons but continuing to fuck up and being ok with it.” And as the publication describes the record, “Yesterday’s Homily is a sonic exploration of free jazz, jazz fusion, funk and more as Bap looks at the duality of life with a fearless optimism.” We can dig it.

j.m.r. – the blue & white ep
RIYL: Lighting up houses like Christmas coming.
What else you should know: j.m.r.’s latest release is a smooth, soulful hip-hop album of the boom-bap variety. It’s rife with clever wordplay and gets a boost with features from Michael Christmas, Dave Morgan and Brother Misfit.

Hextape – “videocassette”
RIYL: Sending signals.
What else you should know: The greatest thing about Hextape’s music is its perceived sincerity and minimalism. On “videocassette,” the classic tale of unrequited affection sets the stage for a slow-tempo, winding track. The artist’s reverberated ethereal whisper not only further draws the listener in, but inspires empathy too..

Ignatius – “I Tried To Tell You”
RIYL: Seeing it through.
What else you should know: In past songs like “The Natural,” Ignatius has shown off how haunting and affecting his voice can be. But on “I Tried To Tell You,” he uses his voice in a gentler fashion and delivers raw emotions that are just as affecting.

Dave Morgan – “Overdraft (Bank Account Freestyle)”
RIYL: Jacking beats.
What else you should know: There are a lot of great things going on here with this freestyle from Dave Morgan. First, he took 21 Savage’s latest hit and made it a whole lot more relatable and entertaining. Second, he practiced the lost of art of rapping over popular beats, which is so oddly rare these days. Some of the best songs during the mixtape heyday came when rappers offered freestyles like this, so this is a nice throwback to that time. Third, it’s new Dave Morgan, and that’s always a good thing.