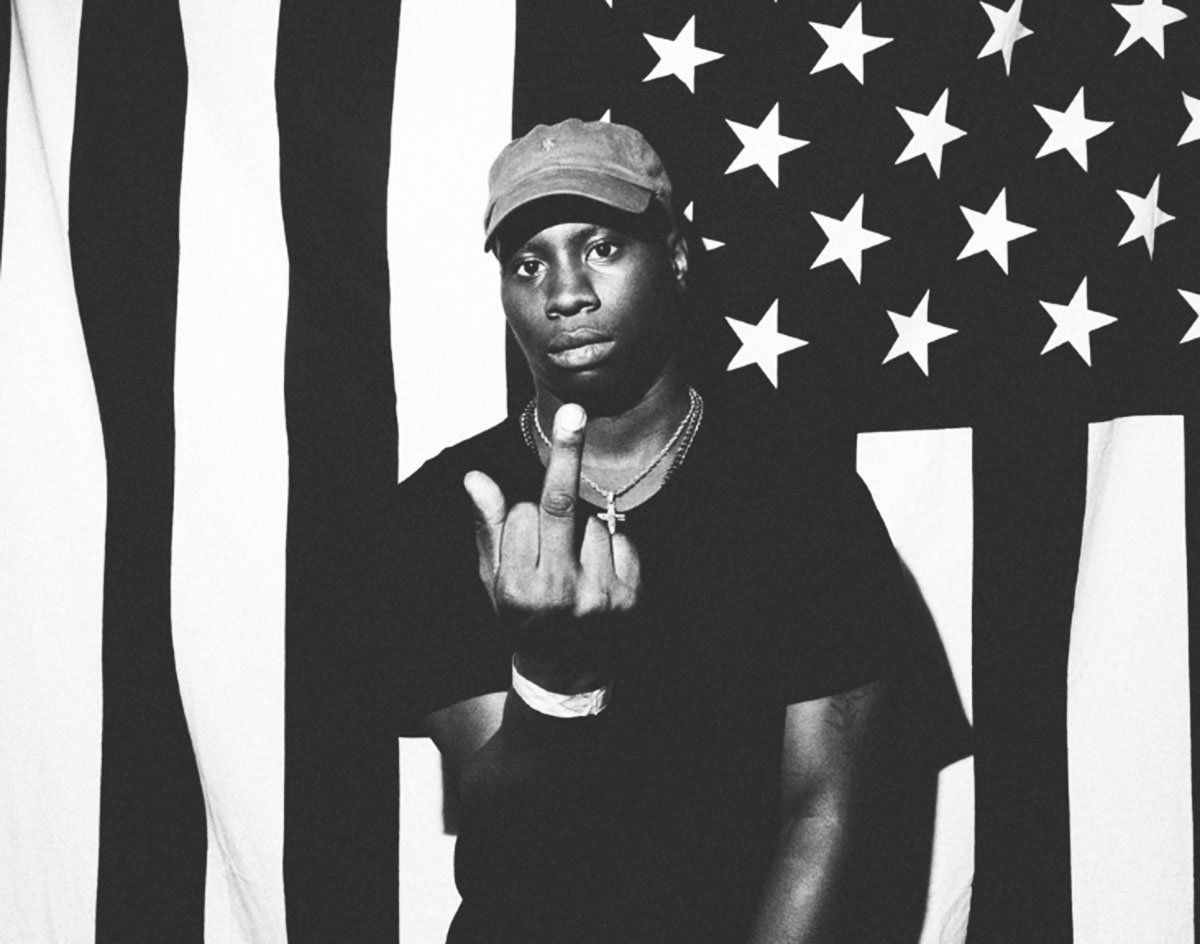 Lord Byron – Sora
RIYL: Getting packs in the mail.
What else you should know: When Lord Byron caught Dallas’ attention with the release of Dark Arts, Vol. 2 in 2013, it was because of his outside-the-box wordplay and abstract beat selection. But it wasn’t perfect — his pace was a little too rushed at times and some of his complex deliveries felt fumbled. In the five years since that release, though, the East Dallas rapper has refined his skills and delivered some genuine works of art. And yet his new release Sora may be his best work to date. His delivery is tempered throughout while maintaining cerebral wordplay and his beat selection remains A1 thanks to production on the album by his recent collaborator Rami. It all adds up to another win for Dolfin Records, which has released an impressive amount of quality material of late.

Asian Doll – “Murda”
RIYL: Webbie’s seminal Savage Life debut.
What else you should know: Asian Doll has been on an absolute tear to start 2018. She’s earned publicity from major national publications, she’s become a mainstay on Worldstarhiphop and she garnered a whole lot of attention from her verse on Bhad Bhabie’s “Hi Bich (Remix).” Doll continues to run up the score on “Murda” and conjures the hyper-aggressive, trill-inspired spirit of Webbie from his Savage Life album. Also, she’s joined in the video by a vamping Cuban Doll, which is just a fun little plus.

Pedigo’s Magic Pilsner – Pedigo’s Magic Pilsner
RIYL: Wonderful origin stories.
What else you should know: We’ve been anticipating the release of this new project from John Pedigo of The O’s since the end of last year when he first released “Orion” and immediately got Old 97’s frontman Rhett Miller’s stamp of approval. Now, the whole thing has arrived and endearingly so — much like the story of how this project got its name, which is that it’s named after a nearly-undrinkable batch of beer once brewed by Pedigo’s father. Thankfully, this collection goes down much more smoothly.

DQ Hampton x Rakim Al-Jabbaar x Flozilla – “Dalluminati”
RIYL: Knowing the Triple D is in good hands.
What else you should know: If you’re yearning for some new style with old soul, “Dalluminati” is the track for you. Dallas rappers DQ Hampton, Rakim Al-Jabbaar and Flozilla each possess classic hip-hop deliveries, and their substantive verses here will hold your attention for the entire length of the track.

Jenna Clark – “Graceless”
RIYL: Delayed gratification.
What else you should know: “Graceless” has a lot of moving parts that are competing for your attention, like the rhythmic drums that propel the song and induce jazz inspirations. Then there’s the accompanying instrumentation that at times feels independent of those drums. There’s just a lot going on here! But props to Clark’s soulful and soothing vocals, which tie it all together. Oh, and be sure to listen all the way through for an extra treat. Remember hidden tracks!?!?!

Daniel Markham – “Don’t Open the Door to Strangers”
RIYL: Avoiding the man in the window.
What else you should know: Apparently, Daniel Markham just fell in love with this song by The Church and decided to cover it — or so he wrote on his Bandcamp’s description of the song. Considering the wide and varying sounds we’ve gotten from Markham over the years, we shouldn’t be surprised he pulled this off so effortlessly. But that he did really is a testament to his immense talent and nonchalant mentality.

Yak The Mack – “Everything’s A Go”
RIYL: Knowing you want more when you’re sleeping on the floor.
What else you should know: This track has been out for a good while now, but the compilation-style music video for it was just released this week, and it really does give the promising track new life.

Chris J Norwood – “Longshot”
RIYL: Prepping that summer road trip playlist now.
What else you should know: The stellar titular track from Chris Norwood’s debut 2017 album is a tale about the uncertainties of life and the adventures it may bring. Now, director Andrew Holzschuh has brought that to life in the video. Here’s a statement from the director on his inspiration from the song, “When I first heard the song, I just felt like it had so much movement and rhythm, like I was going somewhere. What I took from the song was the idea of being carefree and OK with wherever we’ll end up in life — like, ‘We’ll give it our all but we might not make it where we planned, so let’s just enjoy the ride.’ Camping trips have always been a way for me to unplug and just step back from life for a minute. I felt like a weekend road trip to the Ouachita Mountains would capture the spirit of the song well.” Yeah, we’d say so.

Samsonyte – “Dance (Feat. LeRoyce & Devy Stonez)”
RIYL: Freeing up your plans and just dancing.
What else you should know: This three-headed monster of a track from Samsonyte, LeRoyce and Devy Stonez is another song that’s been available for a while — almost a year! — but it too only recently received a video treatment to give it new life. And thank goodness for that because this absolute banger of a track flew under our radar the first time around, and we almost completely missed it.