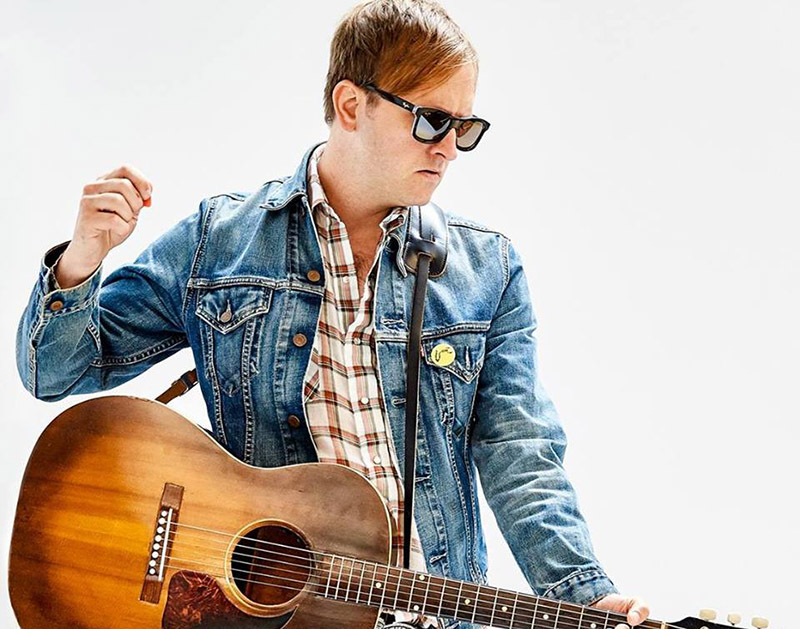 Pedigo’s Magic Pilsner – “Counting Back Down”
RIYL: Christmas time being the time to go for it all
What else you should know: John Pedigo’s new project is still several months away from its debut but the group is steady gaining steam each week. Last week Pedigo’s Magic Pilsner held a spot on this list with “Orion,” a track from the album that has the full support of Rhett Miller and this week the group has a great Christmas tune that we’re sure you might be listening to well after the holidays are over.

Cuban Doll – Aaliyah Keef
RIYL: Hopping out of your feelings and hopping in your bag
What else you should know: Cuban Doll thrived in 2017. The Dallas rapper has been plenty busy the last few years pumping out material, videos and building a social media following of more than 500,000 followers on Instagram that caught the attention of Noisey. Even then and with all that we weren’t enamored with her catalog and especially not the Aaliyah and Chief Keef comparisons, the namesake of her new tape, but something clicked on this project. Maybe it’s the higher tempo beats, but Cuban Doll delivers her new raps with an energy and confidence that hasn’t been present on previous releases.

Upscale Divers – “A Christmas Cheers”
RIYL: Christmas songs worth drinking to
What else you should know: This collaborative track is the brainchild of John Pedigo, Dustin Fleming and Cory Graves of Vandoliers, Robert Anderson of Nervous Curtains and written by Olivia June Preuss. The Cowpunk influence is ever-present and, as this holiday tune ramps up, it’s easy to imagine this cut finding a home in jukeboxes and soundtracking bar room sing-alongs. Head over to the Central Track Soundcloud page for a couple more Christmas tunes from the bunch.

Soulzay – “Body Roc’N Like This”
RIYL: Slowed-down southern tunes that aren’t Screw’d
What else you should know: There are plenty of lo-fi throwback rap projects around, but Soulzay feels like something special. The super easy comparisons would be something like Three 6 Mafia’s “Mystic Stylez,” but Soulzay’s content isn’t steeped in horrorcore imagery or even late night tips. Instead, there’s a Texas Trill evocation to his songwriting and delivery and the samples are refined and repackaged in a contemporary way. Maybe it’s the subtle synths.

Tay-K “The Race Remix (Feat. 21 Savage & Young Nudy)”
RIYL: Wanting all the action
What else you should know: Hate it or love it, the saga of Tay-K is the biggest story in the local rap scene this year. The newsworthy events surrounding him haven’t slowed, from court updates, Billboard placements, shout outs from high profile rappers and, of course, the numerous remixes. This remix by 21 Savage and Young Nudy, though, is the only official one and is attached to the rerelease of his #SantanaWorld EP along with a new remix of “I Love My Choppa” featuring Maxo Kream.

OUTTRASH – “Save Our Souls”
RIYL: Moving on from the Xanax anthems.
What else you should know: It’s been cool to rap about dealing drugs. It’s been cool to rap about doing drugs. And now it feels like we’re making another transition into dealing with the general withdrawal of drugs and even just mental health in general. That’s part of the allure of a song like “Save Our Souls,” especially when it opens with a line like “Only hit your line when I think that I’ma die.” It feels important. This is promising music from a young group of kids that themselves have said “hope we start a new wave.”

Blotterbaby and Forrest Slump – “I Need A Bag”
RIYL: The softer side of the Pirates
What else you should know: Two-thirds of the Pyrex Pirates offer up a loosie that’s a little lighter and more contemporary than their typical grunge-ish brand of rap tunes. If there’s anything we’ve learned from the high volume of work the trio puts out, it’s that it can pretty much excel at any style, truly making the crew a three-headed monster.

Scott Ferguson – “Memphis”
RIYL: When being where you belong doesn’t feel like home
What else you should know: When you listen to “Memphis” by Scott Ferguson, it’s almost impossible to not feel like you’re on the road with him as he makes his way to his new destination. The convincing storyteller works out his hesitations of being in a new city, the initial hurdles and expectations that are relatable to anyone embarking on a significant life change.

Kodz – One Above All
RIYL: Off-kilter rap tunes rife with teen angst
What else you should know: This is a project that’s really easy to dismiss. It’s not anything new in terms of sound or style and — at times — Kodz struggles to rap in time on some of the track. But there is a ton of energy and aggression in a number of these songs that demands your attention, especially “Get Off” and “No Love.” It’s that off-kilter emotion and disjointedness of the songs that give it some character and worth listening all the way through.