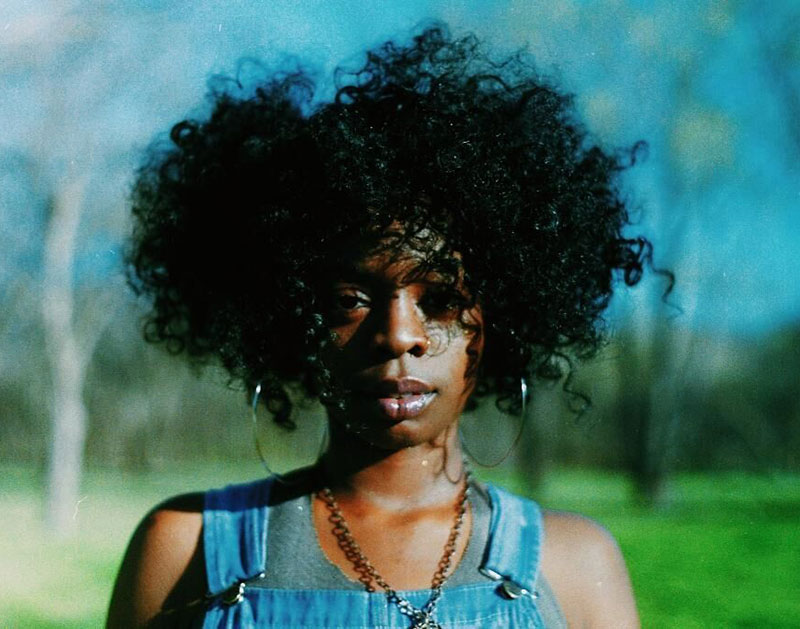 Pearl Earl — “Star In The Sky”
RIYL: Getting stoned, lying in the grass with a friend and talking about the sheer volume of stars that exist in the night’s sky.
What Else You Should Know: The second single off of this adored Denton four-piece’s upcoming, self-titled debut LP for Fort Worth’s Dreamy Life Records finds the self-proclaimed “rainbow fuzz rockers” dabbling in more proggy territory than we’ve previously heard from the band. The new direction fits frontwoman Ariel Hartley’s vocals rather well, though. Whereas her vocal lilts often offer the band’s punkier material an almost slacker appeal, they add a certain mysticism to this song’s equation.

M3cca — “Insecurity Blankets”
RIYL: Third installments of movie franchises — y’know, the ones where the posters use a “3” in place of any “E” that can be found in the title.
What Else You Should Know: M3cca is a newcomer to the North Texas R&B scene, but the UNT student is making her presence felt pretty quickly, thanks in large part to the early attention she’s getting from the squad over at KXT. Earlier this month, the radio station booked her to its Sun Sets series of concerts at the Dallas Arboretum, which is fitting as M3cca’s sound certainly owes its inspiration the earthier branch of the R&B family tree. This song in particular is a fairly straightforward, Neo Soul-indebted take, but it’s a promising early look at a performer who has already established herself as a savvy collaborator, having worked already on tracks with some of our favorite Denton rappers, including B. Anderson and Coach Tev. Here’s looking forward to hearing more from where this came from.

Classy Affair — Run For Your Life EP
RIYL: Champagne taste with a PBR budgets.
What Else You Should Know: This three-piece rock trio from Duncanville isn’t exactly reinventing the wheel with its brand of garage rock, but they definitely a nice urgency and swagger to the proceedings. To date, the group’s only release three songs in total, two of which are found on this new EP, and both of which take things in a less punky direction than debut single “KYS.”

Lu Sloan & Waka Flocka Flame — “Fresh Off Probation”
RIYL: That early ’00s early of hip-hop when every radio single was a collaboration between a rapper and an R&B singer.
What Else You Should Know: Lu Sloan and his brother Don-Tay make up the tandem known as — get this! –Lu Sloan & Don-Tay, and the two are currently working on a new project that will find them collaborating with Dallas producer extraordinaire Picnictyme (A.Dd+’s When Pigs Fly, Bobby Sessions’ grateful.), which is about as surefire a sign that this is a group to watch as anything else. Here, though, Lu Sloan strikes out solo and sings on a song alongside Waka Flocka Flame, who somehow got an early memo alerting him to the fact that this family’s got talent.

Post Malone — “Congratulations (Remix feat. Future & Quavo)”
RIYL: Retweeting compliments you receive on Twitter.
What Else You Should Know: Hey, you wanna hear a fun fact? This song, and not his breakthrough “White Iverson” smash, is Post Malone’s best-charting single to date. And now the Metro Boomin-produced cut that already featured Migos’ Quavo is only likely to earn more spins thanks to the fact that Future decided to pop up on its remix. Remember when “White Iverson” came out and everyone was convinced that Drake was going to hop on a remix of that song, but then it never did? This is a pretty sweet consolation prize.

Responsible Johnny — The Meat EP
RIYL: Never tiring of dick jokes.
What Else You Should Know: This three-song release from the veteran Dallas punks in Responsible Johnny checks in at less than five-and-a-half-minutes and yet still finds more than enough time to crack its fill of jokes about penises, drugs and being a loser. The best song title here is “My Cocaine Is Vegan,” but the best song is the second track, “Everybody Hates Me,” which checks in at two speeds over the course of its run, one of which isn’t an all-out spring, if you’d believe it. Plus, the guitar solo near the end of the song is a bit of a ripper.

Lost Balloons — Hey Summer
RIYL: Punk going pop, but not in a pop-punk way.
What Else You Should Know: Jeff Burke is perhaps the underappreciated punk songwriter of our time. There just aren’t many people who can write as catchy a track as he can, let alone ones that are as filled with genuinely and subtly gorgeous melodies as his songs usually are. For years, he’s flashed this ability in his work with area punk gods The Marked Men and Radioactivity, much to the pleasure of those acts’ acolytes. But now he’s up to something entirely different, slowing things down considerably with a new project called Lost Balloons that finds him collaborating with Yusuke Okada of Japanese band Suspicious Beasts. Less raucous than nearly anything Burke’s ever publicly released before, Hey Summer sounds far more like a classic slacker college radio record than a punk release, although those elements aren’t completely shunned here, either. If anything, Burke’s ear for melodies gets pushed more to the front-and-center in this setting, and that move works wonders. Already, I feel confident that this release is going to go down as one of my personal local (if not national) releases of 2017. Rakim Al-Jabbaar — No Pen Theory
RIYL: Family businesses.
What Else You Should Know: Al-Jabbaar rather quietly released this LP a couple months back, and it didn’t get nearly the attention it deserves then. So let’s rectify that, yeah? A decidedly throwback release, No Pen Theory shuns the mumble rap and Soundcloud sound of the day and takes thing s a far more lyrical, boastful direction. Does it work? Yes. But why’s Al-Jabbaar on this tip rather than leaning in the same direction as so many of his contemporaries? Well, probably because he was raise on sounds like this. He’s the son of Big Al from the legendary Dallas rap crew Nemesis. Seems the apple doesn’t fall too far from the tree.

Silas Nello — “Holy Ghost Blues”
RIYL: Kinda phallic soundwaves!
What Else You Should Know: This is probably going to sound obnoxious, but if you were to tell me that there’s a song by a performer named Silas Nello called “Holy Ghost Blues,” this is pretty much exactly what I’d guess it sounds like. I can’t be alone in that thought, can I? Anyway, this is both the kickoff track and the lead single from Nello’s new Out Of The Light LP, which is apparently a bit of a concept record based around a cast of characters Nello met while on a trip to New York City a few years back. It’s being released by the fine folks at Hand Drawn Records — and printed up on vinyl by those folks, too, because that’s what they do now that they own a record press.