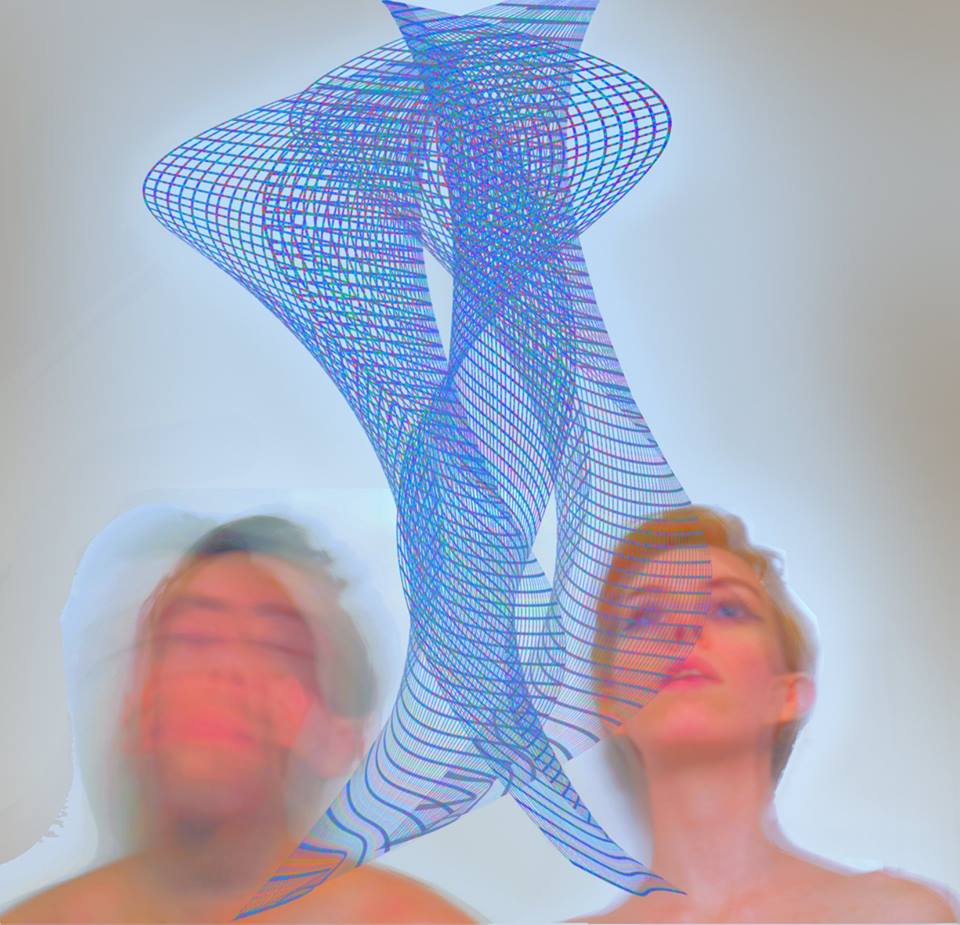 New Music From Ethereal And The Queer Show, Brandon Fxrd and More.

Ethereal & the Queer Show — “Symmetry.”.
RIYL: The sound that machine in Willy Wonka and the Chocolate Factory that shrunk Mike Teavee.
What else you should know: There's a lot of stuff going on here, to be sure, and it'd be easy for the band to have really run with some of the more chaotic synth lines and really overwhelm the listener. As it were, though, EATQS does a really excellent job here of finding space and opening up what could have potentially been a sensory-overloading piece of experimental racket into a really nice piece of noisy synth pop. It's just the first taste of the duo's new Fairy Super Crystal Blue LP, which releases April 19. That's this coming Tuesday! Anyway, Noisey Espana says of the track: “Suena como si De Chirico se perdiese por Burgos.” Or: “It sounds like De Chirico was lost by Burgos.” We'll have to take their word on that.

Cut Throat Finches — “Moon Beast.”.
RIYL: Telling people how much warmer stuff sounds on vinyl.
What else you should know: The newest signees to locally-based Hand Drawn Records, Cut Throat Finches is the new full band project from Fort Worth singer-songwriter Sean Russell. Also on the project are familiar faces like Jacob Martinez, Eric Webb, Draya Ruse and Deep Blue Something/Shadows of Jets guitarist Taylor Tatsch, who also produced the outfit's debut LP, Reality. As is Hand Drawn's M.O. these days, it was recorded in analog and will only be available on vinyl, beginning sometime this summer. Except for this one song, I guess?

Jonny Boy — s/t.
RIYL: What's going on over at KXT — y'know, other than that Mumford & Sons crap.
What else you should know: Dallas' Jonathan “Jonny Boy” Brooks, a.k.a. the Ace of Karaoke, has been living in L.A. the past few years where he's been doing some professional acting here and there. Of late, he's put together a band, and written and recorded some very radio-friendly original Americana/indie-folk tunes. Conveniently, he's also back in town for a few weeks, acting in Len Jenkin's Jonah at Undermain Theatre, and some Dallas players have agreed to learn his tunes and serve as his temporary backing band so he could play in front of his old hometown crowd. He'll be doing just that on May 9 at The Prophet Bar as part of a bill that also includes RTB2 and Adrian Hulet.

Brandon Fxrd — “Break the Rim.”
RIYL: Wildin' out fake I.D. style.
What else you should know: It seems like every time we write anything about Brandon, we say something about how young he is (19), how he raps way beyond his years, and how we still can't believe how young he is. Damn, this cat is impressive. Flat out impressive. And still fucking young. Only a few years older is 25-year-old producer Berry Bank$, who knocked this one out of the park. Some very bright futures ahead these two — and the whole IRAS crew, really — for sure.

The Hue — Crisscross EP.
RIYL: Beat swap meets.
What else you should know: The Hue is JT Donaldson and Timothy Kvasnosky, who have released a lot of stuff on the Classic Music Co. label over the years. This four-track EP features a couple of jazzy, mid-tempo pre-house numbers and a pair of remixes from Eddie C and Leonel Castillo.

Lucas Marina — “The One.”
RIYL: Tre Ward, Kissed Killed, Danny Cainco.
What else you should know: At just barely two minutes, this trappy little R&B number seems like it's over before it starts. Indeed, it flies by. Two listens later and you'll wonder why you've never heard this guy's name before. In short, this is basically his first song, and it essentially just came out. So you're not late to the party at all, you're in on the ground floor all the way.

G.U.N. — “Can't Change.”.
RIYL: Going global.
What else you should know: With credits like Drake, Jay Z, Kendrick Lamar and Big Sean already on his resume, Dallas-based producer Cardo has teamed up with favorite local rapper G.U.N. on a new joint project, Gun Got Wings, coming out on April 23. Who knows? Maybe this is what catapults the “Johnny Cage” rapper to the level of some of those aforementioned stars. G.U.N. certainly believes it, rapping “Everything I do is going Platinum now!” on the song's hook. Hey, crazier things have happened, and he certainly holds his own here.

Star Music — “Body.”
RIYL: Knockin' boots.
What else you should know: Produced by No Wonda and featuring a hook courtesy of his former SFS SOUF crew member Mike Bee, Star Music's “Body,” is the first single from his Chess, Not Checkers EP. As for all these sexually-charged rhymes, Star says this song is definitely one for the ladies. Like what you hear? You won't have to wait long to get your hands on the rest of the EP, it premieres over at Say Cheese TV at 7 p.m. tonight, where it'll be available as a free download. We wonder who will be doing the write-up, though.

Missing Sibling — s/t.
RIYL: Things that are better in person.
What else you should know: Released today via Idol Records is Missing Sibling's new self-titled debut full-length. The Fort Worth Weekly sum things up rather succinctly, saying “Uneven as the album might be, there are hooks aplenty, and while some of them elicit little more than a shrug, many work.” It sounds like it'll go over a lot better in a live setting. That said, the release party is tonight, at The Underpass in Expo Park, where the band will be joined by Paper Saints and Admirals.