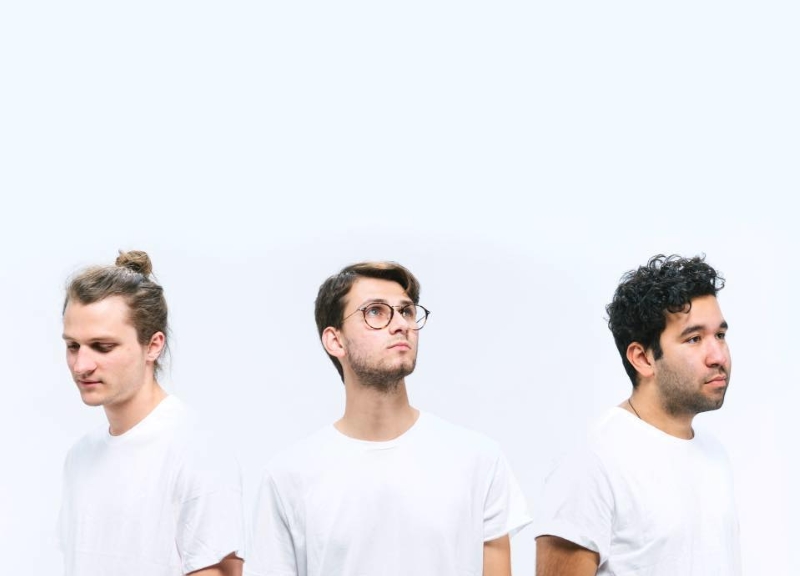 NEONNOAH — Bella Vita.
RIYL: Ignoring those “professional driver on a closed course do not attempt” warnings.
What else you should know: Released today is this new EP, featuring seven not-all-that-dissimilar tracks, each of which is feels instantly familiar. Have you maybe heard one of them in the background of a car commercial? An iPod ad? Probably not, although there’s a greater than zero chance you will someday!

True Widow — Avvolgere.
RIYL: Expanding your vocabulary.
What else you should know: Widow’s fourth LP, its second since signing to Relapse, doesn’t change up its formula of sparse, heavily-distorted tunes that ride the line between stoner rock and shoegaze all that much. But everything does seem like its a few BPM faster than past releases, if only slightly, and thus adds the faintest hint of urgency to these always tasty proceedings.

Jesse Etc. — Lavender.
RIYL: Getting followed into the dark.
What else you should know: With Ben Gibbard-like vocals, Jesse Smith sings over a music bed that’s a collection of his varied interests, from acoustic guitars and poppy synths to trip-hop-y electronic drum beats. There’s quiet moments, gritty moments and samples aplenty all mashed together under a Top 40 polish, making it sound like a cohesive idea rather than a guy who couldn’t decide what he wanted to be when he grew up. His debut cassette under the Jesse Etc. moniker is out today via We Are Mint. Snag one here.

Acid Carousel — This is a Fucking Treat.
RIYL: Turning on, tuning in and dropping out.
What else you should know: If they ever make a fourth Austin Powers flick, these flower grandchildren are a shoe-in for the soundtrack. The time-traveling, more accessible Moon Waves side project dabbles in several ’60s subgenres, each more convincingly than the next. If it weren’t for some clips of Dubya speaking sampled in “George Bush (Sex Jam),” we definitely could have been persuaded to believe this was some rare old psych comp recently discovered at the bottom of a box of moldy old records in your dad’s garage.

Sub-Sahara — Servant.
RIYL: Post-post-punk.
What else you should know: This trio’s kinda like We Are Scientists, only young and relevant. Like, really young. They do that hip thing where the band members only put their first names on their Facebook page, so we couldn’t online stalk them and whatnot, but we’d be surprised if they were over 21. That’s neither here nor there, we suppose. What counts is they got that good, fuzzy bass driven post-punk juice.

Wiz Khalifa — “Stranger Things.”
RIYL: Bong rips and chill.
What else you should know: No need to beat around the pot bush here, this is Wiz rapping over the Stranger Things theme, which was penned by some local dudes, as you may recall. It’s even called “Stranger Things.” Man, that show is everywhere.

Ryan Thomas Becker + Cereboso — “One White Wing.”
RIYL: Gutterth podcast re-runs.
What else you should know: Michael Briggs, aka Cereboso, recorded this Ryan Thomas Becker solo tune back in 2008, and it’s just been kind of sitting around collecting digital dust ever since. Briggs makes noise on the track as well. It never did get finished, but it’s close enough for horseshoes and lo-fi rock jams. #ripgutterth

Hextape — “Candy.”
RIYL: Your curves.
What else you should know: Here’s some chill and slightly dark trip-hop from the Denton-based Stephanie Nicole Jones. It follows this darker and way less chill song she put up on her SoundCloud a couple months ago. She’s definitely got a good thing going. Methinks a mixtape is in the works.

Ari Roar — Patch Me Up EP.
RIYL: Caleb Ian Campbell.
What else you should know: Caleb Campbell has put out projects under several different names in the past several years, and fuck if I can’t really tell any of them apart. But you know what? I don’t really care, because I like Campbell and pretty much everything he’s ever been associated with. This one, too, is brand new on cassette, via Golden Brown, and available to order here.

Wall of Orange — s/t.
RIYL: Listener-supported radio.
What else you should know: Wall of Orange is the acoustic-driven atmospheric rock project of Gary Parks. Its batch of wall-of-sound dream-pop has already begun making the rounds on KXT, whose demographic probably remembers Parks from being a member of the Tomorrowpeople 2.0 when they re-formed in 2008 to promote their catalog going up on iTunes.

Curtis Mayz — Real.Life.Raps.
RIYL: Things that don’t melt in your hand.
What else you should know: We’ve featured a few of this album’s singles in this column previously, but now the full thing has made its premiere, via HipHopDX. It features cameos from Mel from The Outfit, Paris Pershun, Pat Ron, MGA CZAR and others. “Candy Coated Caddy” is the big flashy single, but there’s worthy moments to be found throughout.

Northern National — The New Age..
RIYL: Songs about Dallas.
What else you should know: Make no mistake, these are big, anthemic radio-ready alt-pop jams. The hooks are huge, the choruses are huge and the mainstream hit potential here is also huge. Fortunately, that’s a lot of people’s bags. Oh, and the last song also repeats the line “Dallas saved my soul / Dallas bring her home” — so, if you’re as big a sucker for pandering as we are, then, it should be right up your alley.