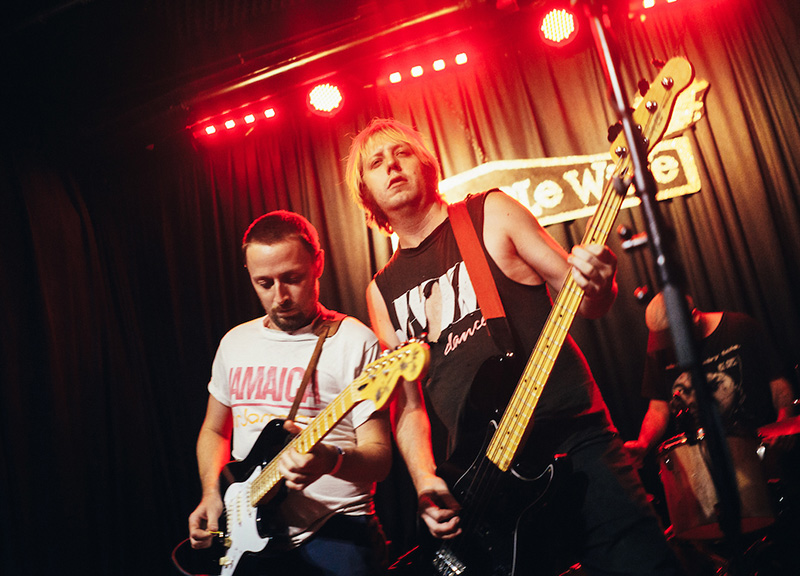 For better or worse, the benchmark all Dallas shows from the Nashville rockers in Natural Child must meet is whether or not the roof gets set on fire — because, y’know, that was a thing that actually happened when the band played City Tavern back in 2012.

Alas, there was no fire at last night’s performance from the band at the Double Wide, which came with support from its fellow Nashvillians in Faux Ferocious and Fort Worth’s War Party.

But, touring to promote its stellar, freshly released Okey Dokey LP, the band still managed to bring plenty of heat — according, at least, to photographer Karlo X. Ramos, who took in the show on our behalf.

Check out his photos from the show below.