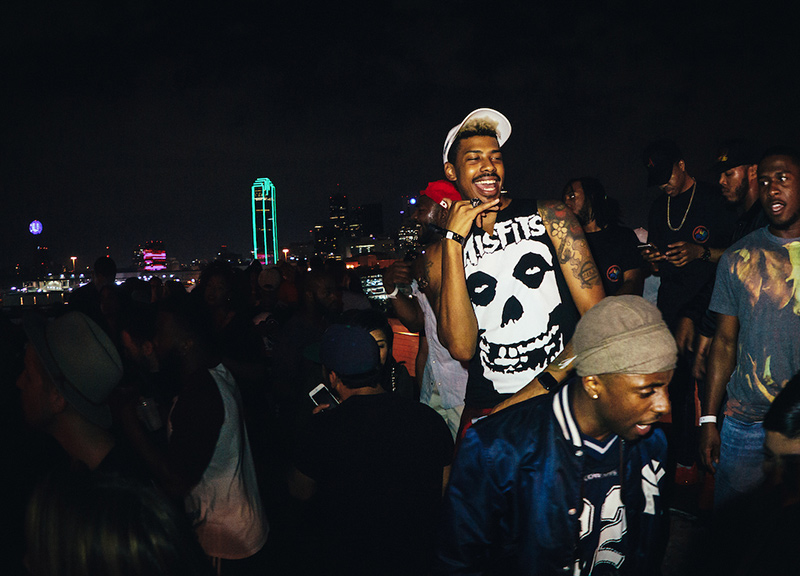 Let’s get this out of the way real quick: No, Kanye West did not show up to the after-party thrown for his Saint Pablo tour stop in Dallas last night.

But plenty of others made it out to the affair hosted at the rooftop pool atop the NYLO Hotel in The Cedars — among them various Dallas hip-hop familiar faces, Kanye’s personal barber, local Dr. Dre collaborator Justus, and two of Kanye’s cousins, including the North Texas-dwelling Tony Williams, who’s touring along with Kanye as a backing vocalist on this tour.

The party was thrown in part by Williams actually, with some help from the separate teams behind Creative Currency, All / Everything and WTFIC?, the last of which is the name of a new club that’s coming soon to Deep Ellum, just to the west of the Bomb Factory in the old Crossfit Deep space. Members of that club’s team roamed the grounds last night wearing Kanye lyric-referencing shirts that read “No More Parties In Uptown” on their backs.

Williams, known for singing on West’s “I’ll Fly Away” among other accomplishments, blessed the mic at points in the night, acting as host while DJs Blue the Misfit and The John Stewart and worked the decks.

As the below shots from Karlo X. Ramos show, the scene was, as the kids say, lit — much to the chagrin of some area neighbors, turns out.

Welp, you can’t please everyone.

All photos by Karlo X. Ramos.
No more articles