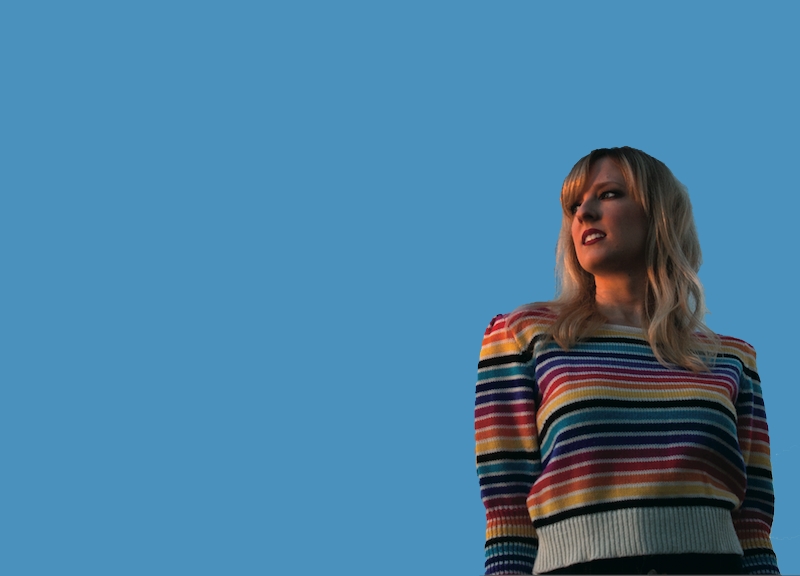 All The New Local Musics You Need To Be Knowing.

Welcome to Songs of the Week, our White Noise offshoot where we hip you to all the new local releases you should be caring about. By pulling them out of that long-running column and giving them their own space, we hope to allow for a little expanded commentary and to give each of these embeds the proper shine they so deserve. OK? OK.

Wo Fat — “Three Minutes to Midnight.”
RIYL: Heavy. Ass. Riffing.
What else you should know: After kicking around for more than a decade, heavy Dallas psych band Wo Fat will release its next LP, Midnight Cometh, through Ripple Music (read: the same label that also boasts the locals in Mothership) on May 20. Not unlike its labelmates, Wo Fat is one of those bands that seems to have a bigger following in other markets than its hometown. They'll be celebrating the release somewhere in Germany, where they'll be playing a string of dates, followed by stops in Berlin, London and France.

Relick — Twin House EP.
RIYL: A little bit of this, a little bit of that.
What else you should know: Sprung from the minds of jazz vocalist Amber Nicholson and audio engineer Matt Hibbard, Denton's Relick is one of those band's that's hard to pin down. The Revue described the band's sound as, “Liz Phair hanging out with The Beatles, circa 1968.” It's true; they dabble in a little everything from '60s pop rock and '90s alternative to indie, folk, jazz and early aughts piano-pop. But every bit of it is delightful, and Nicholson's vocals are especially pristine. And, come on, surely you're a fan of at least one of those genres.

Various — Desperate Times: Songs of the Old 97's.
RIYL: Um, the Old 97's, I guess?
What else you should know: Born out of an idea from Old 97's webmaster Jeff “El Jefe” Neely, Desperate Times saw bands that have played shows with the 97's over its 20-year history donating time to record covers of the band's material. Folks like Hayes Carll, The O's, Sarah Jaffe, The Polyphonic Spree and Slobberbone each contributed songs to the comp, which was initially sold via a crowd-funding campaign that raised money for Charity.Water, an organization that builds wells in developing countries. You can read more about all that here.

Takeez — “Stokley Carmichael (feat. Bobby Sessions)”.
RIYL: Fighting the power.
What else you should know: Not just one of — if not the — best rapper in Dallas, Bobby Sessions is also one of the best parts of Oklahoma rapper Takeez Meals' latest track. The song is named for the '60s civil rights activist responsible for popularizing the “Black Power” movement. Because so little, it seems, has changed in the past 50 years, we could all stand to revisit the words of Carmichael from time to time: “'Black Power' means black people coming together to form a political force and either electing representatives or forcing their representatives to speak their needs.”

Jack Dover — Dead World EP.
RIYL: Underground techno.
What else you should know: Earlier this year, Wanz Dover chided us some for the fact that Dallas' underground techno scene is grossly under-covered. “Most of these guys are releasing on European labels, but get no love at home,” almost screamed Dover, who gives some of these artists some shine at his monthly Stereo on Strike night at Red Light Lounge. “I'm hoping to fix that a bit.” Each month this year, so far, he's taken to releasing music from this scene via his SOS imprint. March's offering is a three-song EP from Wanz's own Jack Dover project.

Mary Walker — Scenes of You and Me.
RIYL: Vibing out.
What else you should know: Seems the once-Denton-now-Dallas-based singer has figured a few things out since we caught a set of hers at 2013's 35 Denton festival. Already a promising vocalist, she's since dropped the sugary indie-pop thing for a largely more appealing, sultry chillwave thing. Speaking of chill music, that genre is one that seems to be on the uptick, at least locally, at the moment.

Richard Haskins — Denton County Blues.
RIYL: Sticking it to the man.
What else you should know: Haskins is currently locked up in a Denton jail for violation of a probation related to his attempted bank robbery from a few years back. Two days after being pinched, his new folk EP appeared online. This is not the first time Haskins has used his prison stays to promote an album: He got press for writing his band The Unmarked Graves' debut EP from behind bars that last time, too. It's like the only way the guy knows how to get press anymore. Still, it takes a special talent to make a prison record so uninteresting.