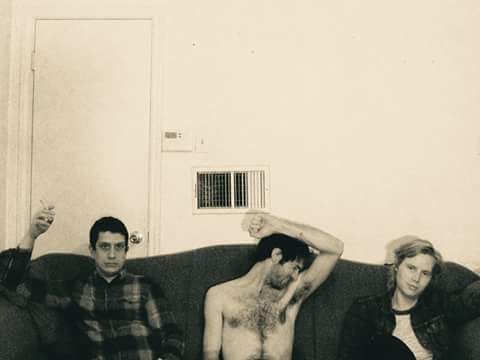 New Music From Joe Gorgeous, Son of Stan, The Bodega Brovas And More.

Joe Gorgeous — “The Veldt.”
RIYL: The quote-unquote Fort Worth sound.
What else you should know: Fresh off a run from Chicago, where the rock trio recorded a session for Daytrotter, the gorgeous Joey Gorman and Co. are allowing us the pleasure of premiering the above new single. The tune, says Gorgeous, was recorded in a house back in April by Beat Bums frontman Oscar Velasco. From there, it was mixed by Siberian Traps drummer Peter Wierenga and mastered by Jordan Richardson. It’s quite the well-honed machine they’ve got going on over in Fort Worth these days.

Kino Kimino & Son of Stan — “Damn I Wish I Was Your Lover.”
RIYL: The fact that you know another Sophie B. Hawkins song besides “As I Lay Me Down.”
What else you should know: Speaking of Jordan Richardson, he paired with eccentric punk trio Kino Kimino to cover this early ’90s jam by Sophie B. Hawkins, which premiered in Spin earlier today. Kino Kimino is frontwoman Kim Talon with contributions from Sonic Youth’s Lee Ranaldo and Steve Shelley. They just released their own 10-track debut a couple weeks ago. Anyway, the cover is as good a way to promote that disc there is — and a good reason to revisit what an underrated cut that Hawkins tune is, too.

Doug Burr — Country Girls in City Dresses.
RIYL: Vintage Doug Burr.
What else you should know: Out today via Velvet Blue is this new three-track EP from Doug Burr. Featured on the disc is “Mirrorball,” a song that was first released on an old Gutterth Records comp back in 2009. Remember those?! Closing the thing out is an instrumental version of “Ghost on Water” from last year’s Pale White Dove. And then there’s the title track, which you can hear above.

Amanda Newton — Bad With People.
RIYL: The quote-unquote Denton sound.
What else you should know: Just like that 2012 EP she did under the band name The Treelines, Newton’s brand new full-length was recorded and mixed by Grady Sandlin and mastered by Justin Collins. Also like that one, it features Tony Ferraro on bass and Ryan Becker helping out with guitar here and there. This time around, Daniel Markham, Andy Rogers and Brian Wright also join in on the fun.

The Bodega Brovas — “LGA (Loaded Guns and Alcohol).”
RIYL: The national gun control debate taking over your social feeds.
What else you should know: The Atlanta/Dallas trio are gearing up for the release of their new LP, which you can stream in full above — and which you should because it’s really good. Aside from boasting Rickey Smiley in the Morning‘s Headkrack as one of its emcees, most of the tracks were produced by Picnictyme, and folks like Astronautalis drop by for features. HipHopDX premiered the above single, and you can check out the rest very soon. We’ve heard it. It’s fire.

Fort Worth Weekly‘s Frequencies, Vol. 7 .
RIYL: Just being happy to be nominated.
What else you should know: For the seventh straight year, the Fort Worth Weekly has put together a compilation featuring a bunch of the bands nominated for its music awards. Voting is currently underway, bee tee dubs. Unlike other comps, the 817-based artists each dropped by Eagle Audio to record live-in-studio remakes of their songs. Stream it above or pick up a $5 copy at the participating venues during the new-and-improved two-day awards showcase on June 25-26.