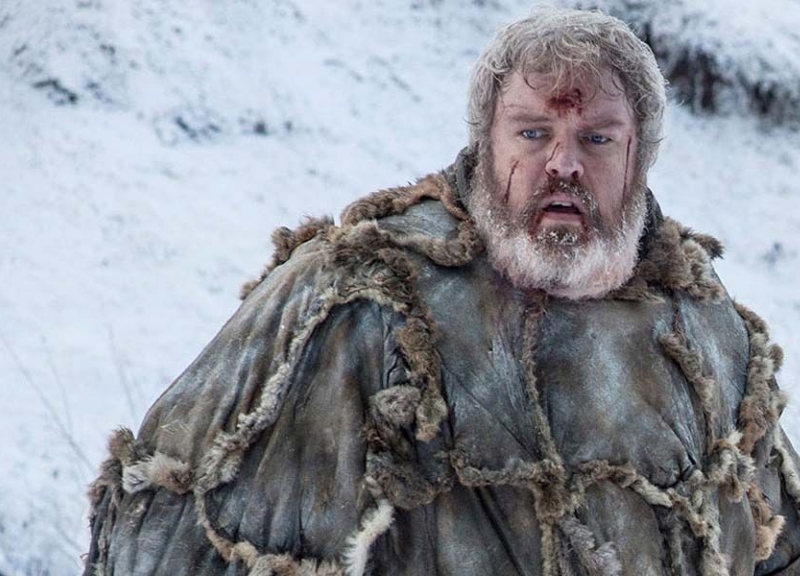 Looks Like DJ Hodor Will Not Be Coming To The Door After All.

To this point, the most devastating thing Game of Thrones fans have suffered this season was the tragic “hold the door” moment. But in true George RR Martin fashion, “epic” Dallas promotor Jared Guynes found a way to really Red Wedding things up a bit this morning for North Texas fans of the program.

After weeks of promising to bring Hodor actor Kristian Nairn to Dallas venue The Door for a “Rave of Thrones” DJ set/”epic” party, Guynes now says the event ain’t happening after all. Well, not with Guynes’ involvement, anyway. In a lengthy, now-deleted, missive on Facebook earlier this morning, he peeled back the curtain to the over 7,000 that have been following along since his original posting about it.

“The Night(club industry) is dark, and full of terrors”.

You all know that I have been working very hard to make “Hodor at the Door” become a reality. For weeks now I have been negotiating with the booking agents and management to make this “dream event” happen for the people of Dallas. Sadly, despite my best efforts, I have failed. But: Hodor is still coming to Dallas…

Over 7,000 of you “liked” my plans to make a internet meme event into reality. Within hours a formal offer sheet had been submitted. I want you you guys to know what happened, from my point of view.

I was informed from the booking agent that the “asking price” for Kristian to come and do a “Rave of Thrones” show was $10,000. Now, thats just an asking price, so you can negotiate. I didnt want to play games, so I quickly submitted an offer for $10,000. I had already met with Russell, the owner of “The Door” in Dallas, and they were more than accommodating and helpful to make this happen for us.

After running over the numbers again, and not hearing back quickly, I upped the offer to $15,000. 50% more than he asked for. This is just the appearance fee, equipment rentals, airfare, hotels and security were all extra of course. I wanted to seal the deal.

At this point, the booking agent in NYC calls me and asks “Why am I so confident that I would submit a high offer like $15,000”. I responded that I “knew” the event and all 1200 tickets would “instantly sell out” and that I wanted to seal the deal so I can get to work on the production, lights, a lifesize iron throne, lasers, fire etc. The booking agent seemed impressed at my tenacity.

The next day I got an email that asked me “how quickly could I be ready to pay”. At this point, I was extremely excited. For sure if they were asking when I could have the money ready that means they are about to submit the contract. I made a single phone call, and I have $7,500 cash ready to go. I responded “right now”.

Another day goes by and I am wondering why I have not got the contract yet, so I call NYC again. This time the booking agent asks me “Why do I think THE DOOR would be a better venue than the LIZARD LOUNGE for Kristian to play at”. This question caught me off guard, but revealed to me that someone from the Lizard Lounge must also be trying to get the same show…

I explained the magic of “Hodor at the Door” and also how since I was not in this to make profit, but rather provide an experience, I would spend much more not only paying the artist but also on production and lighting rentals to make The Door into Westeros. I really would have too, believe me. The agent listened, and said he would get back to me.

Finally, I got an email saying that they “really appreciated my generous offer” but they felt that “the door” was not a good fit for them and that they had accepted another offer. That other offer, I came to find out, was from Banjos to Beats & The Lizard Lounge.

So, Hodor is in fact coming to Dallas. But not to the door, and not with me. I assume he will be announced sometime very soon by the promoter who submitted the accepted bid.
I was crushed, but I didn’t give up. I revised my offer to $20,000, double the asking rate. Surely they would take $20k, as no-one else in town is going to pay him this much. They didn’t. I guess money does not always talk, folks.

So, before going public with this I decided to reach out to Josh (Banjos to Beats) to extend an olive branch. To help. To assist. Over 2,000+ followed me on fb for THIS INFORMATION so I wanted to be “on the same team”, even if it meant my vision for the epic event was not going to happen…

But it didn’t work. Facebook Message, Email, Phone Call, Text. I reached out every way I know how to reach out. No response. To make sure I didn’t go to spam, I tried again, leaving voicemails etc. 5 days of attempted outreach: and no response. I can only assume that Banjos to Beats / Lizard Lounge has no interest in working with me in any capacity.

In conclusion, Hodor will in fact be coming to Dallas, likely in mid August, but not the way that I had envisioned. I worked as hard as I can to make it reality for you guys, but the “promoter industry” in Dallas is very aggressive and full of turns and curves. I should have predicted as such.

I want to thank you guys for all the support of the idea. It wont be the last. Next time I want to do something, the idea will be so wild and unimaginable that no-one will be able to do it first. Trust me.

Per the above, it sounds like DJ Hodor is still coming to town — just not to The Door, and just not with any of Guynes’ involvement. Per the statement, it seems Guynes thinks the event has been snagged out from under him by the also Dallas-based promotions company Banjos to Beats (who he says he’s been unable to contact) and that the event will now take place at the less kitschy Lizard Lounge.

We, on the other hand, sent a raven to Banjos to Beats owner Josh Smith and heard back right away! Smith wouldn’t confirm or deny that he was bringing Nairn to the long-running Deep Ellum dance venue, but he did say that he has “been working on this show long before Hodor died.”

We have reached out to Guynes for further comment but have yet to hear back from him.

Still, while Guynes’ dreams of bringing Hodor to The Door may be dashed, it seems that what is dead may never die. The fact that the Banjos to Beats crew also told us we can expect some sort of announcement from them on the matter in the coming weeks sure makes it sound like something‘s in the works.

What do we say to the idea that DJ Hodor is coming to The Door? Not today.