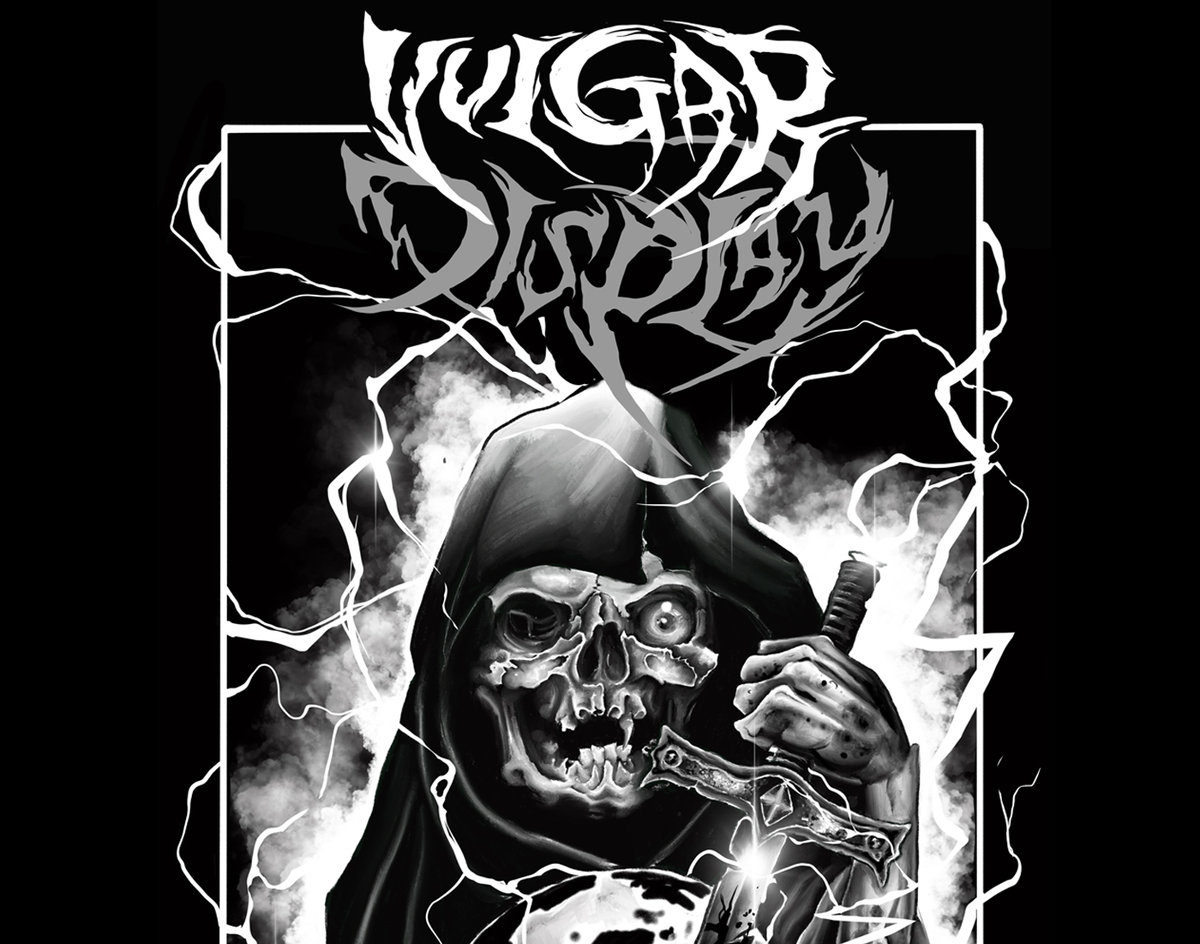 Vulgar Display Technically Isn’t Even Active At The Moment, But The Death Metal Band Still Blessed Us With A New Album From The Vault.

Vulgar Display — “Blood, Sweat & Skin”
RIYL: Helping Steven Segal take out the Posse.
What Else You Should Know: Vulgar Display’s Marked for Death tape has a sound that might make a metal fan wonder if this was some remastered gem from 1989 locked up in the Morrisound Recording studio — that’s not a slight. It’s actually a credit to how an old school metal sound recorded four years ago can be worth checking out in 2019.

The band formed in 2012, but in 2015, vocalist Brian Storms and guitarist Daniel Schmuck wrote all eight songs on Marked for Death. Only a few songs were released on a promo back in 2015, but all 21 minutes of the album is finally out digitally and will be out on cassette tape later this year.

“Blood, Sweat & Skin” has a foreboding intro with various noises, followed by a guitar riff out of 1983 and a drum sound out of 1987 with all sorts of reverb. A minute in, it cuts to half-time like a mid-’90s hardcore tune, complete with gang vocals. Nearly 30 seconds later, the tempo slows down even more. It’s like Vulgar Display inadvertently showed how metal and hardcore blended together from the mid-80s to the mid-90s in one minute.

Although Chad Green now sings in Frozen Soul and Daniel Schmuck is a recording engineer, the joy they have shared for Marked for Death finally surfacing in its full glory comes across as nothing if not sincere. Though the band is not active now, this serves as a pretty great document of a sound in time.