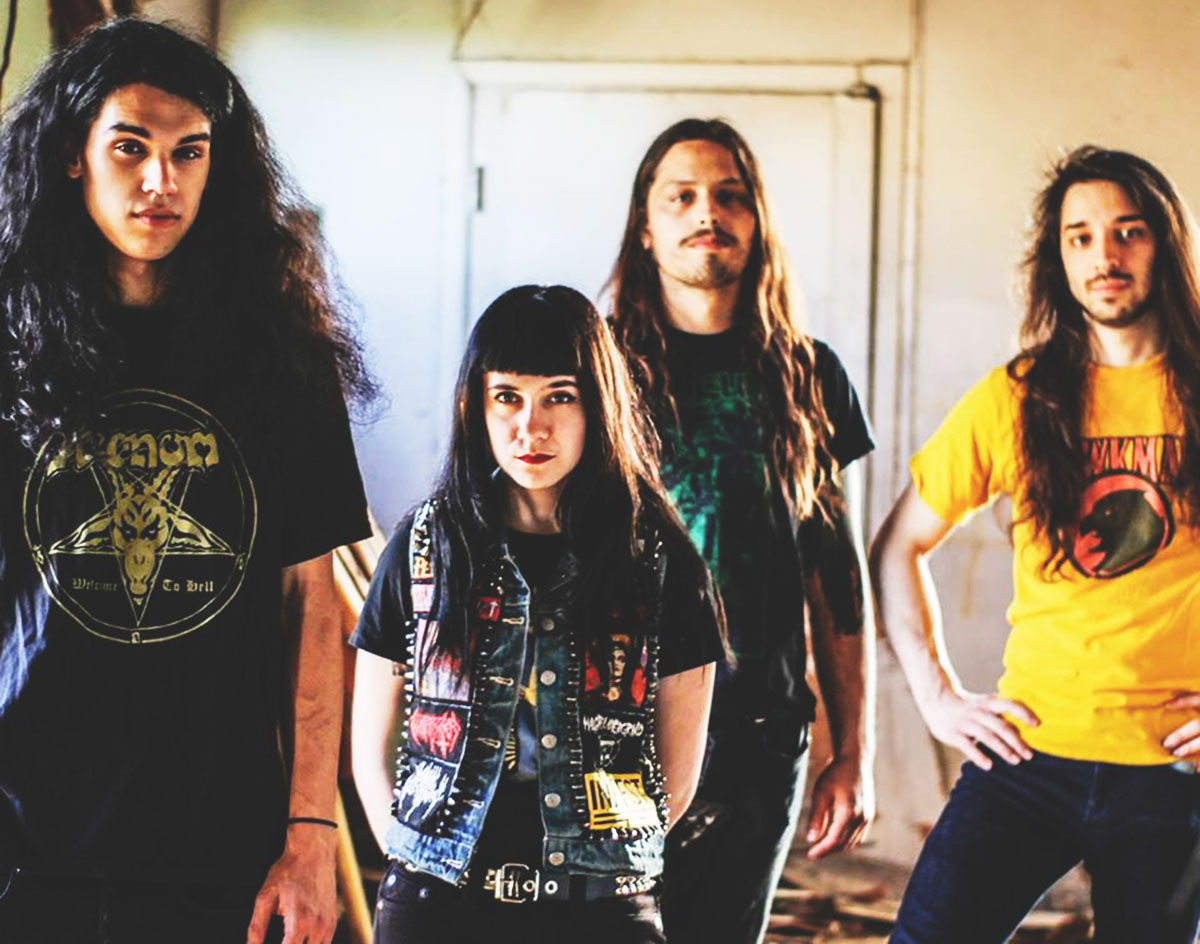 Vault Dweller – “Bad Gateway”
RIYL: Death metal that’s technical enough to remind you that it’s actually Frankenstein’s monster.
What else you should know: According to the Dallas metal band Vault Dweller’s own biography, the band explores “themes such as Fallout, lizard people, and how much humanity sucks.” (That first bit is especially evident given that the band is not only named after a Fallout character, but that the band even once played the video game with the editor of music blog Fort Worth Noise and even made their own character for that bit)

Given death metal and grindcore’s reputation for having indecipherable lyrics (and band logos), it should go without saying that, without a lyric sheet, it is difficult to understand what exactly many of Vault Dweller’s songs are about.

But new single “Bad Gateway” actually isn’t so ambiguous. Here, we think it’s safe to assume, vocalist Emma Lytle is pining over the hardships that come with an internet server receiving an invalid response from another server.

(Well, that or maybe the band is taking the old “marijuana is a gateway drug” argument ti new heights, arguing that it’s not as good at being a gateway drug as hydrocodone is. Or maybe they drove to somebody’s house and saw a gate with the most drab design imaginable. Doubtful, though.)

Until the band drops that lyric sheet one day — or perhaps until a forensic audio analyst can crack the mystery — the world may never know what Vault Dweller is saying on this fact.

No matter: This song crushes anyway.

It song starts with a low-pitched dog whistle as its abrasive snare drums and meaty bass/guitar riffs (earmarks of death metal and grindcore sound) come into the picture three seconds in. As the song proceeds, Lytle’s vocals seem to meander with a growl similar to that of Obituary’s John Tardy — only in a far less articulate manner.

Is that a drawback? Not in this setting, in which Lytle’s vocals play the role of an instrument place right alongside the guitar, bass and drums in the arrangement (not unlike what Radiohead did with Kid A).

After going through some rapid phase changes, the song eventually starts oscillating between this Pantera-like groove chord progression and grating bass riffs that carry the song sans vocals. And, just like that, it ends at 1 minute and 57 seconds, a length that is perfect for a song of this sort. (Brevity is indeed a lost art.)

Seeking a band that takes on more technical elements of grindcore/death metal in a manner similar to Gorguts? What about one that also manifesting the crustiness of Discharge, the fast-tempo powerviolence influences of bands like Infest and the jarring aggression of Nasum or Agoraphobic Nosebleed?