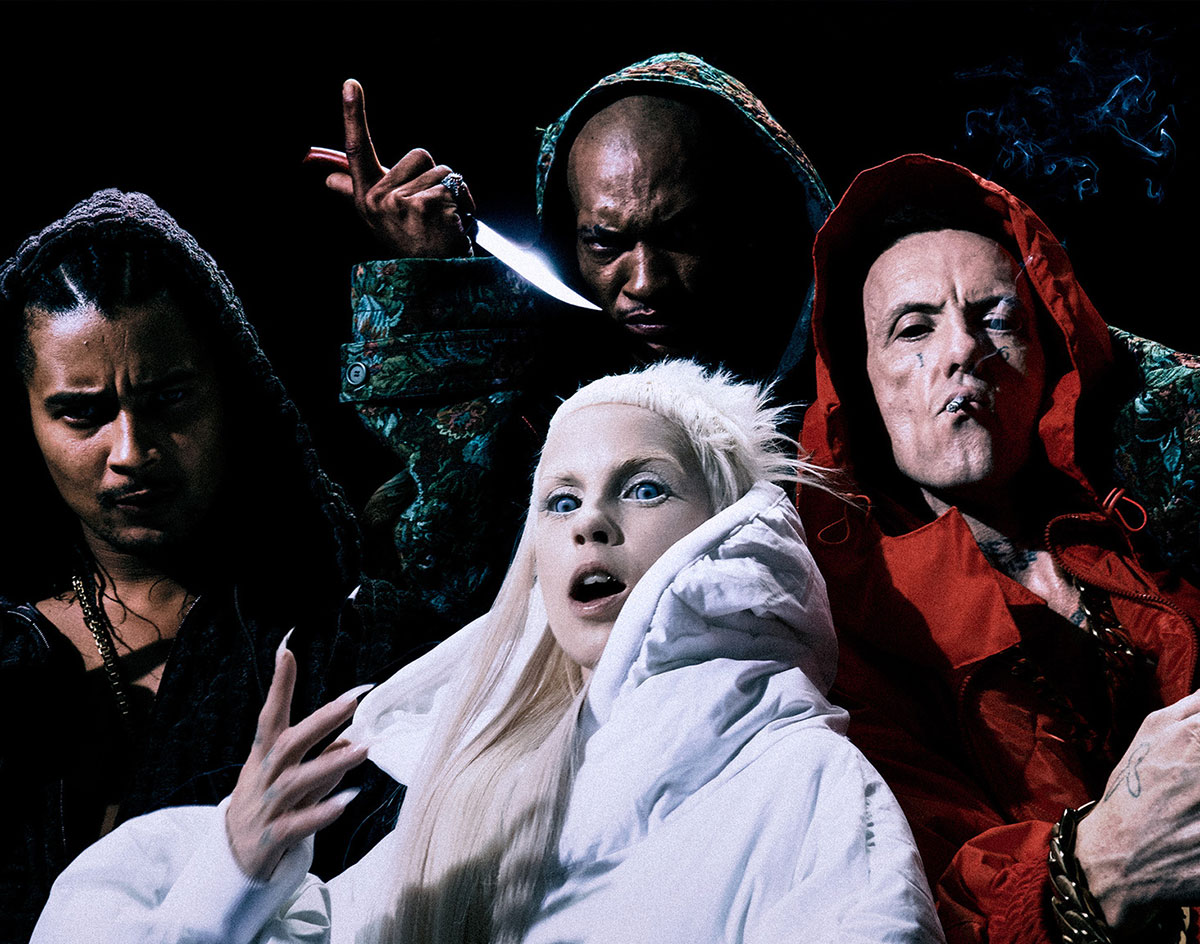 On Monday’s episode of All Things Considered, it was revealed that NASA is pretending an asteroid is en route to eventually hit the earth’s surface. Or, we should say, they’re pretending it’s likely.

And, well, it’s certainly possible: There is an astronomical sliver of a sliver of a chance that an asteroid could hit the earth and wipe out an entire community — even if it’s not likely. Still, that’s not stopping them from conducting drills with engineers who are participating in the 2019 Planetary Defense Conference.

Now, I don’t know about you, but if I were to worried that an asteroid making its way to the earth’s crust was powerful enough to cause another mass extinction, I wouldn’t be going to some nerdy conference in Washington, D.C.

Me? I’d lean into the fact that life on earth is about to end and spend my time going to some killer shows and enjoy music while we all still can.

Here are some good ideas of where to start.

The Dickies + The Queers
Monday, June 24, at Gas Monkey Bar n Grill
On sale now.
Two controversial bands who have both been outspoken against the Vans Warped Tour will co-headline a North American run this summer. Their punk cred will be on full display in Dallas as fans drop $300 to see them from premier cabanas.

Futurebirds
Wednesday, July 10, at Dada
On sale now.
Once upon a timem Futurebirds played Dada with The Birds of Night and Dead Mockingbirds. We will probably never see curation that beautiful ever again, but we will have a chance to see the headliner at the same venue.

John Vanderslice
Saturday, July 20, at Andy’s Bar
On sale now.
Between Eyehategod and Xiu Xiu, Andy’s has been bringing in some more high-profile shows as of late — and they continue down that trajectory in bringing John Congleton-associated folk musician John Vanderslice. To make this offering even more enticing, the seemingly dormant Baptist Generals open.

Spotlights
Saturday, July 27, at Double Wide
On sale now.
Brooklyn husband-and-wife duo Mario and Sarah Quintero form the doomgaze outfit Spotlights, who have recently developed incremental traction in touring with acts such as Melvins and Hundredth. If Failure, Godflesh, Smashing Pumpkins and Boris appeal to you, you might want to check them out.

Pedro the Lion + mewithoutYou
Friday, August 9, at Canton Hall
On sale Friday, May 3, at 10 a.m.
Two emo bands that don’t want to be called “Christian bands” are co-headlining a stacked summer run that makes its way through Canton Hall on August 9. This will be Pedro the Lion’s second Dallas show in well over a decade, while mewithoutYou seems to have an unofficial residency in this fair city given how often they come through.

Jakob Ogawa
Thursday, August 15, at Dada
On sale now.
If you have never heard of Jakob Ogawa, that’s because you are not on SoundCloud, where multiple songs of his are racking up six-digit streaming number. Welcome to the future.

Angels and Airwaves
Saturday, September 7, at House of Blues
On sale Friday, May 3, at 10 a.m.
With Alkaline Trio’s Matt Skiba filling his previous post as Blink-182’s guitarist and vocalist, Tom DeLonge is left to making rants about aliens. Turns out, he’s even hosting a History Channel show about aliens, slated to be released in May. It’s fitting, then, that the pop-punk veteran’s science fiction-themed side project Angels and Airwaves (or, as I like to call them, Emo Spiritualized) is making an exciting, albeit unexpected comeback. We’re blessed to bear witness to this and to continue our ’00s nostalgia when they return to Dallas in September.

Bleached
Tuesday, September 10, at Dada
On sale Friday, May 3, at 10 a.m.
Sisters Jennifer and Jessica Clavin (no relation to disgraced folk punk veteran Chris Clavin) formed Los Angeles punk band Bleached in 2011, following the split of their garage rock band Mika Miko. Ever since their formation, they have toured with the likes of Against Me! and Paramore, and have signed to famed indie label Dead Oceans. Their third full-length, Don’t You Think You’ve Had Enough, will be released via that label in July of this year.

Die Antwoord
Tuesday, September 24, at Toyota Music Factory
On sale Friday, May 3, at 10 a.m.
All these years later, we stll feel compelled to remind you: It’s pronounced “Dee ant-ward.”

Jonas Brothers
Wednesday, September 25, at American Airlines Center
On sale Friday, May 10, at 10 a.m.
Live Nation dropped the below tweet announcing on the long-awaited Dallas return of the North Texas-affiliated JoBros, using the hashtag #HappinessBegins, which is also the name of their upcoming album.

Jason Aldean
Friday, October 11, at Globe Life Park
On sale Friday, May 10, at 10 a.m.
Country stars Jason Aldean, Kane Brown, Carly Pearce and Dee Jay Silver will be playing what Globe Life Park is advertising as its last country show ever, as if this ballpark were some sort of go-to country venue throughout the years.

Tenacious D
Saturday, October 19, at Bomb Factory
On sale Friday, May 3, 10 a.m.
Neil Hamburger will sadly not be opening for Jables and Rage Cage like he did when he famously insulted and baited the duo’s impatient fanbase at Madison Square Garden. Still, Jack Black and Kyle Gass are a treat. The latter’s country outfit, Wynchester, is slated to open. We’re still hoping America’s Funnyman will be added to the tour in the future, but even if not, this is still exciting.

Jade Bird
Thursday, October 31, at Granada Theater
On sale Friday, May 3, at 10 a.m.
Futurebirds, The Birds of Night and Dead Mockingbirds are sadly not opening.