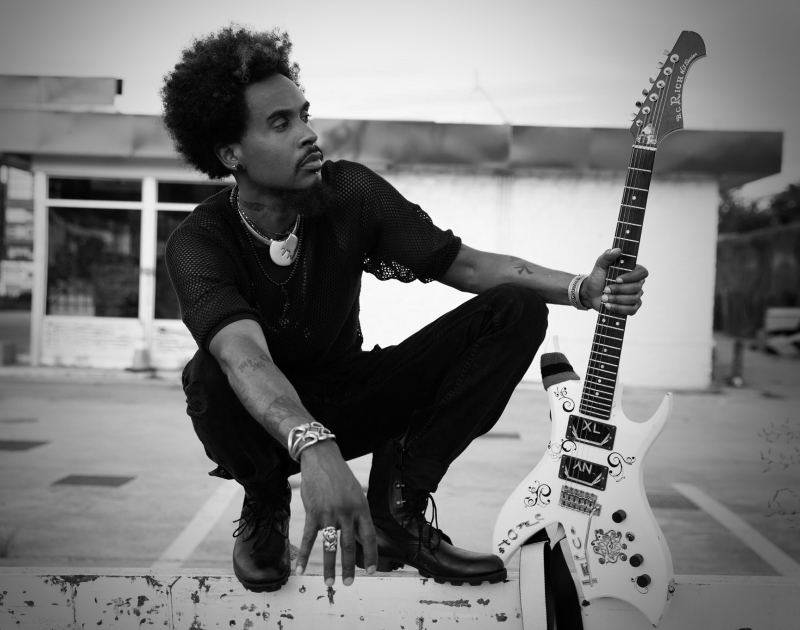 Check Out The Cosmic Guitar Jam From The RZA’s Dallas-Based Music Director, A Desperate-But-Funky Statement on Race.

Stone Mecca – “Boogeyman.”
RIYL: The man with the iron fists.
What else you should know: For the past decade, Stone Mecca and his band — sometimes up to nine members deep — has been backing a number of global superstars.

For the bulk of that time, Stone Mecca has been backing Wu-Tang Clan leader RZA, even going so far as to lay down bass and guitar tracks on the Clan’s 8 Diagrams album in 2007.

Per Billboard, it was RZA’s daughter that first brought the guitarist to her father’s attention: “[She] enjoyed spinning a Stone Mecca song over and over in her room, prompting the rapper to dig further into the source.”

Since then, the two have worked together consistently, with Stone Mecca serving as RZA’s live musical director on tours around the world to this day, and at festival stops like Fort Worth’s Fortress Festival.

Next month, the multi-instrumentalist and bandleader is releasing a bit of creative effort of his own doing — a solo LP called Alienman that hits November 9, with a release show coming at the Granada that same day.

Stone Mecca play all of the instruments on the album, which is a concept record begging the aliens to come down and save us from ourselves. Take the first single, “Boogeyman,” which tackles the issue of race.

Says the musician about the track: “I was thinking about how the media perpetuates this idea that people should be scared of the black man,” he explains. “I use this song to change the negative into a positive — turning that fear into power and omniscience. We are ingrained in this society — in this world — and our creativity and inclusiveness have influenced culture in so many ways that, love us or hate us, we’ll always be here.”

It’s a funky, guitar-driven track full of cosmic vibes – the type that might actually wind making their way out to space, catching the right extraterrestrial ear and saving us all.