Song of the Day: SRSQ’s “Cherish.” 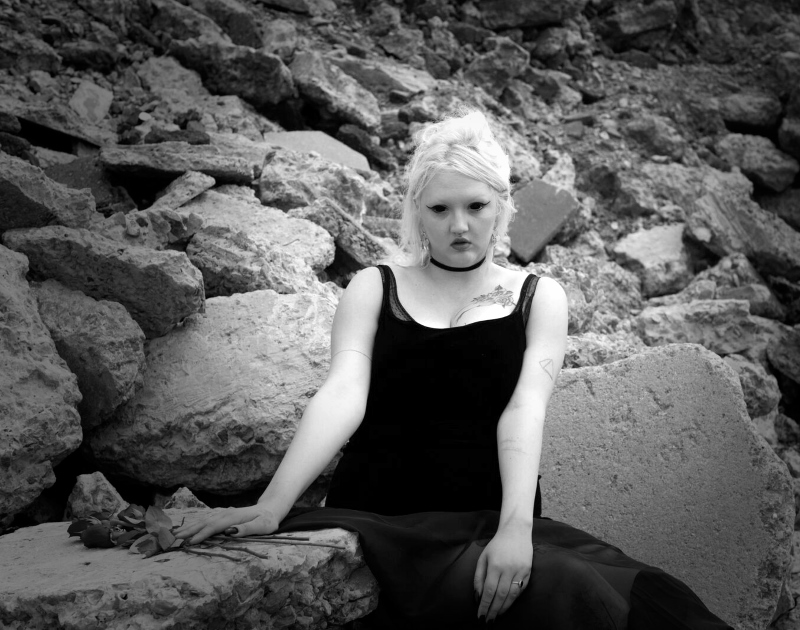 Check Out “Cherish” by SRSQ, The Solo Debut From Them Are Us Too’s Kennedy Ashlyn, And First New Material Since Her Bandmate’s Tragic Death.

SRSQ – “Cherish.”
RIYL: Watching a phoenix rises from the ashes.
What else you should know: The second single from SRSQ (pronounced seer-skew), “Cherish” comes from the solo debut of Them Are Us Too’s Kennedy Ashlyn. (We featured the new North Texan’s first single back in August.)

Due out on October 26 via TAUT’s same Dais Records label, Unreality is Ashlyn’s first new material since the other half of her old duo, Cash Askew, fell victim to the Oakland Ghost Ship Fire of 2016.

After a judge rejected a plea deal in that case in August, a new trial date has been set for April for Ghost Ship’s tenants, who are now facing 36 counts of involuntary manslaughter.

In the meantime, Kennedy counts herself as one of the close friends, family and collaborators of the 36 victims of that tragedy who is still trying to pick up the pieces two years later. While the creative void left by Askew’s death will never be filled, a press release from Ashlyn’s publicist says SRSQ is the “vehicle for Kennedy’s transformative process.”

That process finds Kennedy in a region that’s not a far cry from TAUT’s own sonic leanings, but occupying a definite space all its own. Not far off, you’ll find other melancholic synth pop projects like Cocteau Twins nodding in appreciation.

The record was produced by Matia Simovich of San Fran minimal wave outfit Inhalt who, again per the press release, helped Kenney capture “grief butted against power, tracked to a heavy heartbeat.”

The album’s currently available for pre-order through her label, with a limited run of 100 silver and 400 black vinyl copies.