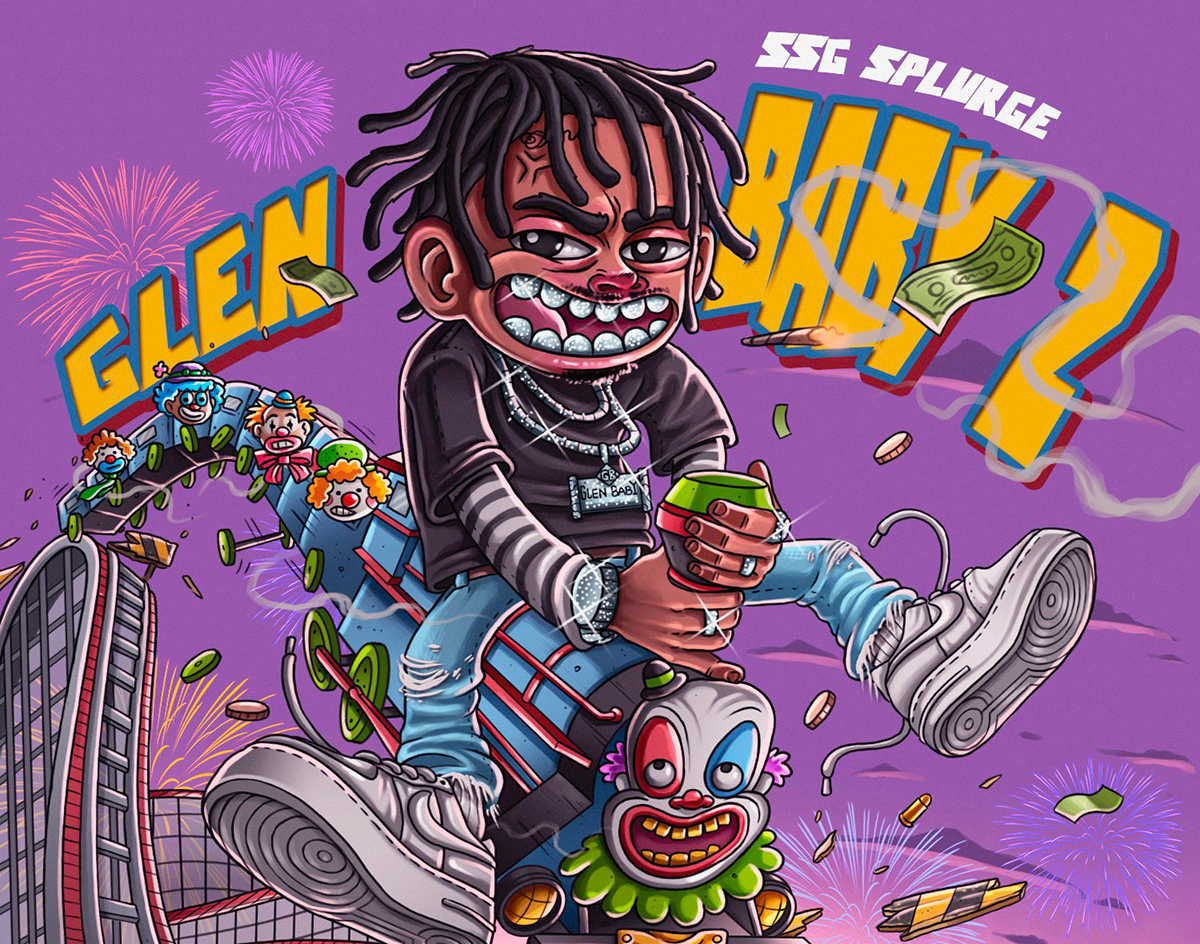 The Arlington Rapper Is On The Shortlist Of Ones To Watch, And His New Mixtape Full Of Heavy-Bass Bangers Is Only Bolstering That.

Splurge – “Free Melly (Freestyle)”
RIYL: Shoutouts to Dallas Mavericks players.
What Else You Should Know: Arlington rapper Splurge first made waves when his “New York Pizza” freestyle achieved virality last year. Since then, he has achieved enviable milestones in his career at the ripe age of 19. Among them is a video appearance with Lil Uzi Vert, a feature with Rico Nasty and a profile piece in XXL, just to name a few.

On October 5, the rapper also known as “SSG Splurge” dropped his latest mixtape Glen Baby 2, and the eighth track “Free Melly (Freestyle)” only reinforces the off-the-cuff lyrical chops he is known for.

The bars contain lyrics that, while admittedly not the most lucid, are rich in Lil Wayne-esque similes:

“Hit her with dick, she gon’ stick like a magnet.”

“Walk around, murder on my mind like Melly / And we still throwin’ up gang signs, free Melly.”

That last one, of course, is in reference to rapper YNW Melly, who was arrested and charged with first-degree murder in February of this year.

“Free Melly (Freestyle)” is a brief trap banger with a rattling blare of bass and skeletal hi-hats that follow basic 4/4 timing with an intermittent synthetic 808 snare. Splurge takes on a flow with a more arbitrary sense of meter — a-la Blueface — while his voice sounds almost as if Future scraped off some of the crystalized cough syrup that has been layering up in his vocal cords.

You might find your own blemishes with the song, but love him or hate him, Splurge embraces them and makes them his own.