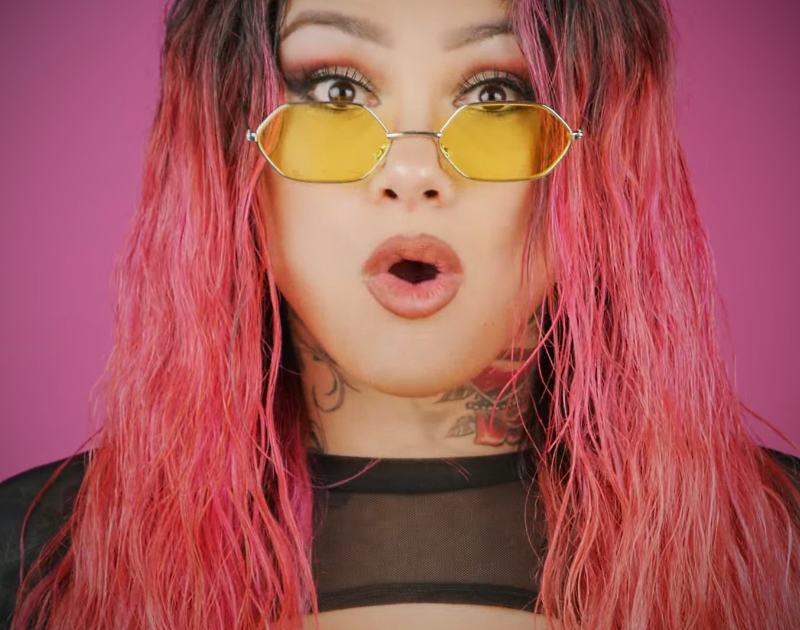 Check Out Snow Tha Product’s Rapid Fire Bilingual Rap About Growing Up As a Member of Two Cultures.

Snow Tha Product – “Bilingue.”
RIYL: Going halfsies.
What else you should know: Though she lives out in Cali these days, a part of us still clamors to claim Mexican-American rapper Snow Tha Product. It’s probably just our wishful thinking, but we prefer to believe her turn as Lil T on the locally-produced Queen of the South was inspired by her own affinity for her time in North Texas.

Either way, her new single “Bilingue” has been climbing the Latin iTunes charts and was produced by Dallas boy SikWitIt, which qualifies it for inclusion in this column. Good thing, too, because it’s also super relatable to a great many North Texans that grew up with a similar background, the American-born sons and daughters of Mexican immigrants that don’t feel like they fully relate to either culture.

“Ni de aquí ni de allá / A mí me gustan los dos,” she raps, translating to “Not from here nor there / I like them both.”

A bar later in the bilingual anthem, she follows it up with the somewhat humorous following line: “Mucha crema a tus tacos / Y se te quema el arroz,” which is about us gringos putting too much sour cream on our tacos and burning the rice. Touche! But, also, that line’s potentially a clever way to say that someone’s ”being extra and stunting more than [they] should.”

In English or Spanish, there are loads of clever lines stuffed into this fire jam – especially the following bit where she does both: “I ‘Jaja’ con jota ‘Hahaha’ with the ‘J’/ I speak English and Spanish, I’m bi-lingual all day / Fuck Trump — Wait, oops that slipped out / Man, I never know who’s in this crowd.”

While bilingual folks with grasps of those types of phrases (which don’t really have a direct English equivalent) will probably appreciate this one most, there’s still a lot to appreciate here for other folks living in this part of the world. The whole piece is set off with a video showing Snow chowing down on an array of conchas, churros, tacos, Corona con chile, horchata and other culinary products that strike a chord not just with the bilingual Latinx set, but with a great deal of us border-adjacent Texans as a whole.

Because, if there’s one thing with the power to bring all sides together, it is most definitely food.