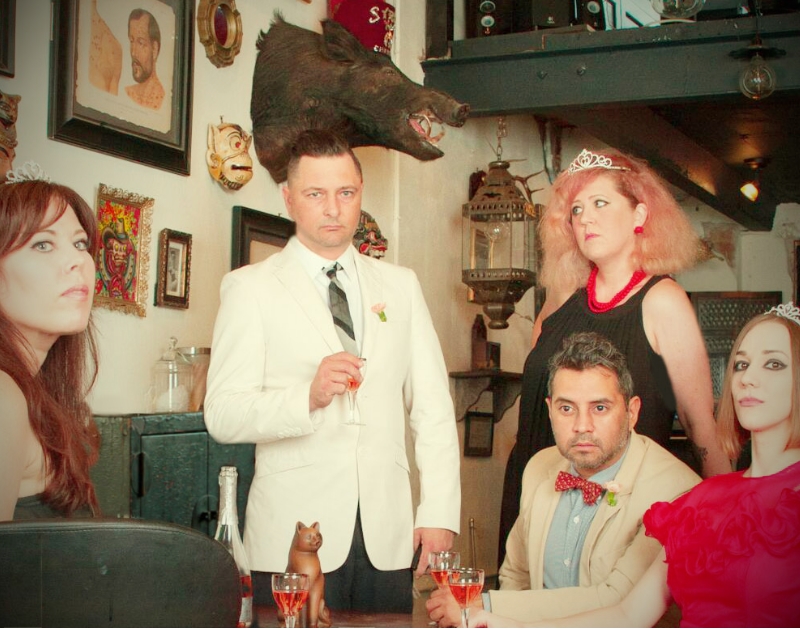 Check Out What The Members of The Chloes and Funeral Shoes Have Been Up To Lately.

Paper Saints – “Heady Storm.”
RIYL: Changing with the times.
What else you should know: Around the time this site was getting going, some seven years ago, we wrote a few times of an all-female pop-meets-indie-rock outfit called The Chloes. They opened for Broncho back when that band was still playing places like Bryan Street Tavern when it’d come through. They also got invited to play the taste-making CMJ fest in New York.

Alas, for whatever reason, things didn’t end up working out. The girls added a Kevin and became Funeral Shoes. That lasted a brief minute before finding a second Kevin and really leaning heavy into the synthy post-punk world.

It’s not necessarily all that different from the previous couple incarnations, but streamlined enough that the name change to Paper Saints isn’t unwarranted by any stretch. Fast forward to the present, and the band closed out 2018 by finishing off a new EP with Casey DiIorio at Valve Studios.

Vinyl copies of the Never Falls Asleep EP will be available for the first time at the band’s February 2 show at Armoury, where they’ll share a bill with Sub-Sahara and Polystarra. In the meantime, they’ve just released a video for the debut single, “Heady Storm,” which you’ll find below.