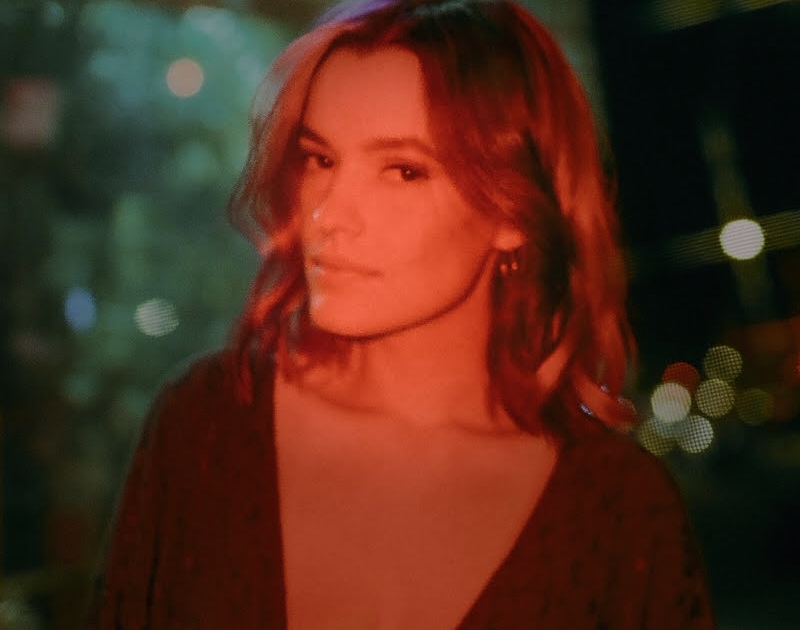 Kaela Sinclair – “Midnight Swims”
RIYL: Bath bombs.
What else you should know: Among the first things we ever wrote about Sinclair — while reviewing her 2013 debut effort Sun & Mirror — was that she was potentially Denton’s “next big thing.” We also noted her penchant for collaborating with noted musicians — Midlake’s McKenzie Smith, in-demand film composer Daniel Hart and The Polyphonic Spree’s cellist Buffi Jacobs back then.

I’d say we’re still right on both of those fronts. With a couple world tours under her belt, the internationally renowned keys player and vocalist is all that we thought she was five years ago — and then some.

Let’s back up. It was back in March of 2016 when Sinclair announced she was picked from hundreds of other singers from around the world to be M83’s new touring synth player and backup singer. A month later, she was holed up in a practice space with the popular French electro-pop outfit, rehearsing for a massive world tour.

Midway through recording her sophomore record at that point, she put her own album on hold to play in front of thousands of folks a night at spots like Coachella, Red Rocks Amphitheatre, Governor’s Ball and Bonnaroo. And who wouldn’t have? One would also have to figure her rising stock, now as a player on the world stage, would ultimately benefit her come release time.

It was a whirlwind two years, which Nylon recently did a pretty excellent job recapping. Thing is, M83 is far from the only thing keeping Sinclair swamped these days. She also recorded the vocals on R3HAB’s “Whiplash” single, which released in August, and is closing in on 2 million plays on Spotify. In July, she helped Troye Sivan record a reworked, slow jam version of his “Bloom” for the Spotify Singles program, then kicked off a tour as the key/vox player with the YouTube sensation last month out in Irving.

When that one wraps, she’ll be right back at it with M83 next year. Really, it’s a wonder that she found time to hit the studio at all between her many other noteworthy gigs. But her long-awaited Half Asleep EP did hit this past Friday, featuring five new synth-pop cuts – each of which comes with a newly streamlined sound, a tad more simplistic in approach, but all around cleaner and better refined. Sinclair boasts a timbre now slightly more in line with a fan only previously familiar with her M83 affiliation might expect.

Solid as she was before, she’s really found – or perhaps just really solidified – her voice. With her big league experience and fast-growing fan base, she’s not just Denton’s next big thing anymore.

One thing we didn’t predict is just how quickly she’d outgrow that assessment.