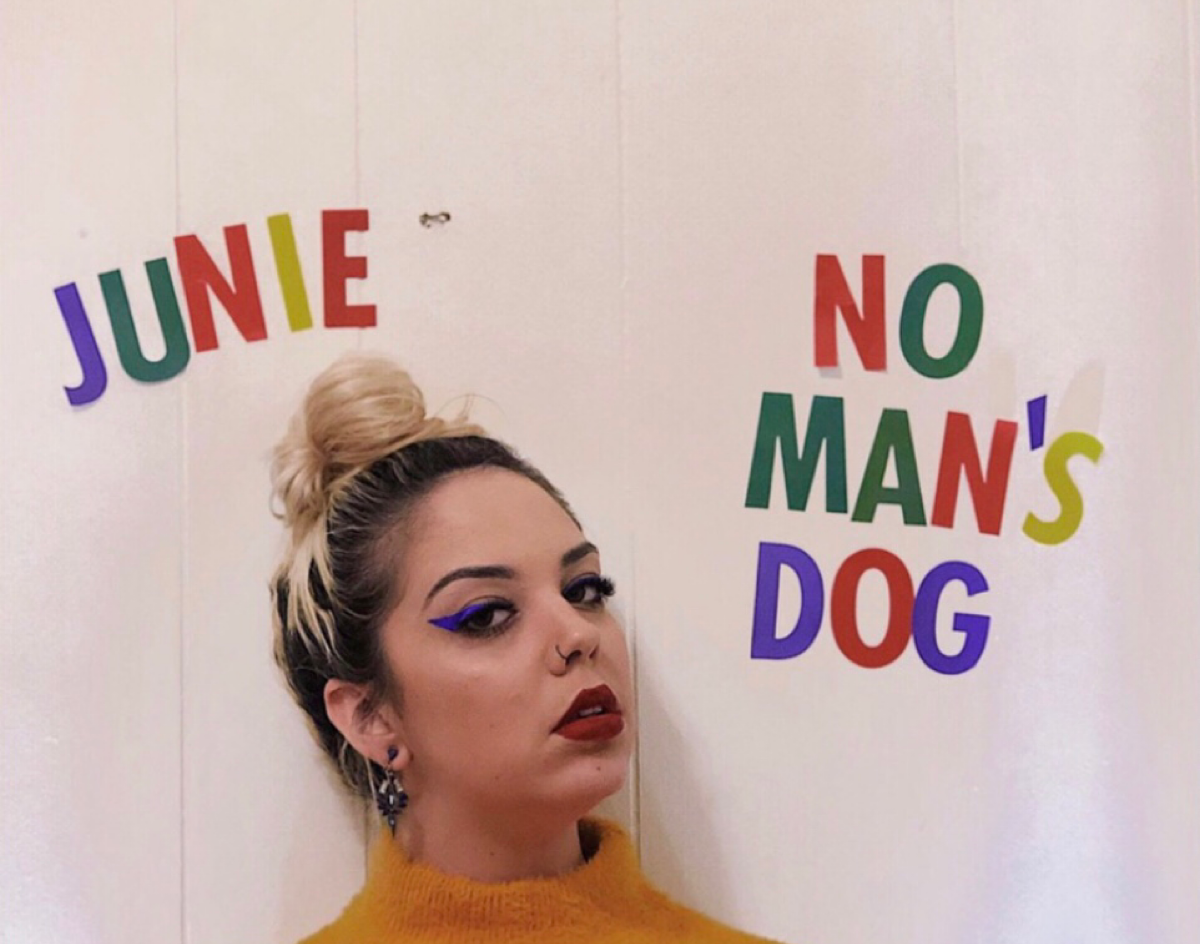 Denton-Based Indie Artist Junie Is Serving Up Ultimatums Of Heartache On This Assertive, Sad-Girl Ballad From Her Debut Release.

Junie – “Stockholm Syndrome”
RIYL: Unrequited love songs.
What Else You Should Know: Junie is the solo project of Denton singer-songwriter Bekah Klopfenstine. In January, she released No Man’s Dog, her first collection of songs under the moniker.

Though she’s assertive in her declarations throughout the release, Junie still maintains a sense of vulnerability. On “Stockholm Syndrome,” she professes her love in a candid confessional that can tug at the heart strings of just about anyone who has ever been in love. Yeah, this song hurts, but Junie’s resonant voice makes it bittersweet.

The track is reminiscent of ‘60s girl group ballads, right down to the inclusion of doo-wop style backing vocals and stripped down instrumentals. The percussion and bluesy guitar drive the heartaching tone home through the nearly five-minute song.

There’s also a cinematic quality to the song — it’s easy to imagine Junie’s voice sailing through “I know I’ll never be the fire that lights your flame/I know our love will never ever walk the halls of fame,” a post-climax break up montage. If you’ve seen the final scene of season two of BBC’s Fleabag, between the titlular character and the Priest, you know the vibes.

The song comes to a crescendo as Junie croons “But our love is resilient/We tried to throw it in the fire, but it never burns/It never burns/Our love will never die.” Resilience is the theme throughout No Man’s Dog, and it’s on full display on “Stockholm Syndrome” — even through the pain she’s grasping on to love, no matter how hard it is.

By her final plea in the song, Junie is emotionally bare. But make no mistake, she’s letting the object of her love know that they can take it or leave it.