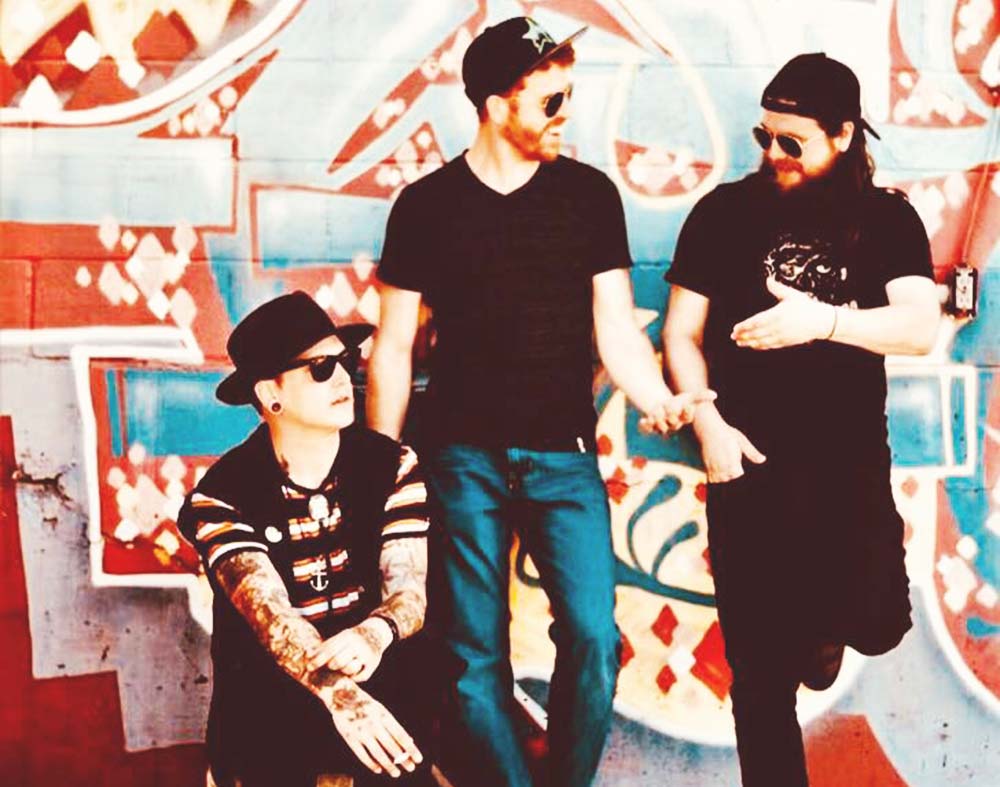 Check Out The Debut LP-Closing Track From Dallas’ Crooked Bones, The Latest Project From The Man Behind Whiskey Folk Ramblers And Classic Cult.

Crooked Bones may be a new name to North Texas music fans, but the band’s frontman is no stranger to the scene at all.

For more than a decade now, Tyler Rougeux’s been a pretty permanent fixture in the local market through his efforts with the venerable Whiskey Folk Ramblers or, more recently, as the mastermind behind the short-lived Classic Cult.

But with Classic Cult officially kaput, and with a handful of Rougeux’s ex-bandmates now plying their craft as members of Vandoliers (thus leaving Whiskey Folk’s future at least somewhat in flux), Rougeux’s kind of back at Square One these days.

Let’s put a heavy emphasis on “kind of,” though.

Listening to the three-piece Crooked Bones — the band just dropped its debut LP Moon Shades last week — feels like immediately familiar exercise. That’s in large part thanks to Rougeux’s voice, one of the more distinct found in the past 15 or so years of North Texas music, which is at the front-and-center of this new project. Backed by Rougeux’s own guitar play, as well as the drumming efforts of James Baier and bass work from Alex Mundt, Crooked Bones isn’t exactly more of the same, though. Whereas Whiskey Folk’s sound always felt like it was dripping in booze, Crooked Bones is a mish-mash of surf, ’80s jangle and ’90s indie influences.

Still, a man can only change so much, it seems. Closing out Moon Shades is a song called “Firefly Lights” that, toward the end of Whiskey Folk’s most determined run, had become something of a staple in that band’s set — a surefire candidate to appear on the next Whiskey Folk album that, well, just never quite materialized.

Instead of letting the song just wilt away, though, Rougeux decided to change up its arrangement some and added it to Crooked Bones’ repertoire. Good thing, too: With its pleasing melody and its regret-filled lyrics, it’s a song with substantial depth and appeal.

It may not be the album’s lead single — that distinction belongs to “Car Ride Home”, which has already started earning airplay on KXT — but we’d argue it’s a better entry point into Crooked Bones’ run.

That much, we suppose, is up for debate. But having Rougeux’s voice back in the Dallas music scene mix? That’s something we imagine most folks around here can get behind.