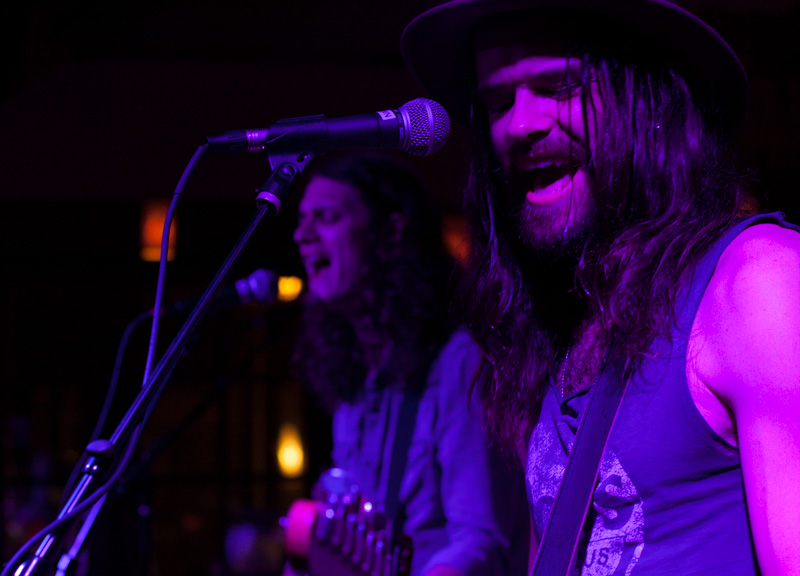 All The New Local Releases Worth Putting In Your Ear Holes.

Joe Savage — “Drinkin'.”
RIYL: When heroes come along to quote-unquote save country.
What else you should know: Currently working on a record at Fort Worth's Eagle Audio, our first exposures to Savage's brand of old-school country features a who's who of Funky Town players, from Andrew Skates and Jeff Dazey (both of Leon Bridges' band), Tone Sommer (longtime Robert Ealey guitarist), Abel Casillas (accordion player for Luke McGlathery, among others), Trey Ownby (former Whiskey Folk Ramblers drummer) and the entire lineup of The Gypsy Playboys, to name a few. There's even a Theremin, y'know, just for good measure.

Jesus Chris + The Beetles — Love Songs from the Slime World.
RIYL: Aggressively patting yourself on the back.
What else you should know: Talk about one hell of a band name to try and live up to. But this Denton outfit certainly makes a valiant effort on this killer, if scattered, collection of garage, melodic hardcore, noise rock and glam. It's face-melting aggression at its most accessible.

The Roomsounds — “Wolf in Sheeps Clothing.”
RIYL: Listening to local public radio.
What else you should know: Recorded at FAME Studios in Muscle Shoals, The Roomsounds updates its classic Southern-fried '70s sound with a little Jayhawks-era '90s college rock for its new Elm St. disc. That one earns its release on March 25, though the band will celebrate a little early, playing on Elm Street club Three Links on March 12.

BeMyFiasco — Layers.
RIYL: When Lauryn Hill writes songs for Mary J Blige.
What else you should know: Produced by SirTim and mixed by Ish D, Bianca “BeMyFiasco” Rodriguez marks her triumphant return with her sophomore project, the five-track Layers EP. It's equal parts '90s-flavored R&B, soul and pizzazz.

Joe Gorgeous — “How Bruce Lee Died.”
RIYL: To be everything to everyone.
What else you should know: According to Paste, which premiered the song this week, “Joe Gorgeous is the manic, glam, alter ego of Joey Goreman, the creator and front man of Fort Worth, TX garage rockers The Longshots.” Together with members of Kopecky backing him, his new solo effort leans a lot more Everclear than his jangly garage rock days of yore. The debut EP is set to release on March 11.

Sam Lao — SPCTRM.
RIYL: Things that slay.
What else you should know: Sam Lao will celebrate the release of this new full-length tonight at RBC, and you'll definitely want to be there. Long one of the fiercest performers in town, with SPCTRM she finally has the recorded body of work to match. This thing is a beast.

Dead Mockingbirds — Black.
RIYL: Going to King Camel shows.
What else you should know: Speaking of record releases at RBC: Dallas rock trio Dead Mockingbirds' long-in-the-making EP earned its release with a show there last weekend. There's some real solid rock 'n' roll jams to be found here, to be sure, especially the song named after Jeff Brown, the promoter behind the King Camel brand.

Miguel — “Waves” Remix (featuring Kacey Musgraves).
RIYL: A little peanut butter in your chocolate.
What else you should know: Already known to cover jams from TLC, Miley Cyrus and Katy Perry in her live shows, the reigning queen of country — Golden's Kacey Musgraves — is a perfect fit on this chill pop tune. Along with acts like Tame Impala, RAC and Travis Scott, hers was just one of the many flavors given to this tune as part of a new remix EP. P cool.

88 Killa — 88 Karats EP.
RIYL: When this dick is free.
What else you should know: This is not new, per se, but Killa's most recent EP hasn't been available to stream on SoundCloud until recently, meaning a whole bunch of you cheapskates probably haven't heard it yet. Them's the breaks. Along with Blue, the Misfit, he opens tonight's Sam Lao record release show.

Classic Cult — “Wasting Time.”
RIYL: Living up to the hype.
What else you should know: Dallas' Classic Cult is one of those bands that earned a pretty tremendous buzz before ever playing its first show. That was a concept that was especially hard for some folks to grasp, and only compounded by the fact that the group didn't have any recorded material that was available for streaming from faraway places like Fort Worth. Welp, now it does.

Missing Sibling — “Mary's Rashers.”
RIYL: When bands still played guitars.
What else you should know: Now signed to Dallas' Idol Records, 817 indie rockers Missing Sibling released the first single from its upcoming self-titled LP this past Friday. Sounding like a blast of early '00s Dallas past, “Mary's Rashers” is a song the band says is intended to be played loud. So turn your laptop speakers up to 11, I guess. The rest of the record is due out in April.

Bravo, Max! — “Clean Slate.”
RIYL: Starting over.
What else you should know: It's not the easiest thing for local musicians not named Leon or Rhett to earn spins on KXT, but that's precisely where Bravo, Max! premiered the first cut from its forthcoming double-LP, Bullfighter Blues earlier this week. Maybe I'm just a huge sucker for horn-laden hooks, but it might be the band's best single to date. The rest of the disc doesn't come out until November, but before that, you can catch them playing Harvest House on April 16.

Vanessa Peters — The Burden of Unshakeable Proof.
RIYL: Working hard.
What else you should know: After spending some time in Italy, playing 200 shows a year on the road and releasing 10 albums since 2003, Peters finally settled back down near White Rock Lake, spent two years constructing a home studio and crafting the batch of songs that'd become her latest album. It's alt-country at its gentlest and prettiest.

Plain Jane Francis — 3 Likes.
RIYL: Hanging out with pretty women and shit.
What else you should know: Plain Jane's old running buddy Tony Q checks in from his new home in Maui here, Sudie pops up all-too-briefly to say hello and Valise's Vince Penick lends his vocals to a pair of cuts on this new LP. But it's the ever-prolific Mr. Francis himself doing the bulk of the heavy lifting here. Then again, hard as he works, as outstanding as this batch of tracks is and as many videos as he'll no doubt release over the next few months, this thing's still only bound to get three likes. Well, in his mind anyway.

Herrick & Hooley — “Please Don't.”
RIYL: Growing up.
What else you should know: Herrick & Hooley is set to release the follow-up to one of our favorite albums of 2015 when its new Texoma LP earns its release on March 18. For more info on the outfit, check out a recent Q&A we did with them here.

The Outfit, TX — “Look Into My Eyes.”
RIYL: Lighting up and/or flame emojis.
What else you should know: After releasing a mixtape back in July and a 13-track full-length in November, the steady-grinding TOTX is back with yet another new single, the smokey, Noisey-ready “Look Into My Eyes.” As frequently as The Outfit puts out new songs, the quality never seems to drop. That's no easy feat.

Mind Spiders — Prosthesis.
RIYL: The first three Mind Spiders records.
What else you should know: While not officially out until next week, the fourth Mind Spiders record is currently streaming over at NPR. Said to be inspired by the Fort Worth-filmed Logan's Run, the record will sound instantly familiar to anyone that's heard any of the projects this group of guys has ever worked on, with the added bonus of some synth and drum machine work this time around. “If anything,” says NPR of these new additions, “Mind Spiders uses them as pace-setting devices for the guitars and live drummer to outrun, in sprints of strident downpicking and on-the-beat hi-hat/snare work.”