Song Of The Day: Creeping Death — “The Edge of Existence” 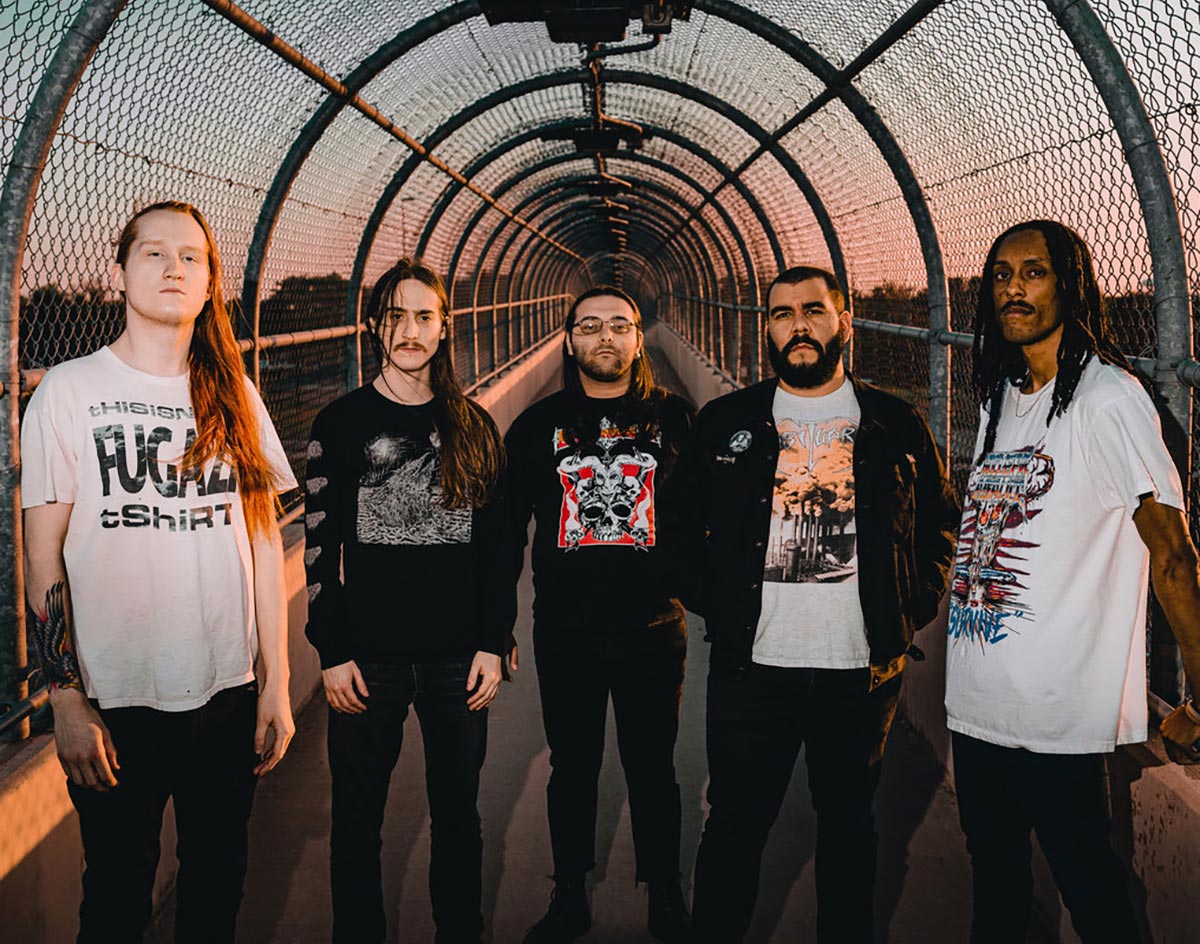 The Dallas-Based Openers On Riley Gale’s Last U.S. Tour Honors Their Friend With An Ornery Beast Of A Tune That Feels Like Proper Pre-Apocalyptic Listening.

Creeping Death — “The Edge of Existence”
RIYL: death metal at dusk
What else you should know: Creeping Death drummer Lincoln Mullins pays homage to the late, legendary Power Trip frontman Riley Gale with a painted on “Riley Gale Forever” drumhead in his band’s music video for their new “The Edge Of Existence” single.

It’s hard to believe it’s been a year since his passing, but this week marks the one-year anniversary of the date when Gale died of an accidental fentanyl overdose.

It’s a beautiful thing to see his memory carried on so respectfully by the band who indeed owes quite a lot to their late friend.

According to Creeping Death singer Reese Alavi, it was actually seeing Power Trip perform a now-legendary 2012 gig at the East Dallas tattoo parlor Queen City Tattoo he was 13 years old that spawned his love of hardcore music in the first place. Aside from being fans of each other’s bands — and playing many a show together — the two crews also developed unshaking bonds of friendship over the course of the last few years. Those close ties are inherent not only in their musical bearings, but in Creeping Death’s dedication to preserving Gale’s memory as well.

It was, after all, partially Power Trip’s endorsement that alerted national media to the creeping presence of their buddy band. Creeping Death even played some of their final pre-pandemic shows on bills alongside Gale and Power Trip before his untimely death. Although they couldn’t have known it at the time, they even performed as an opening act on what ended up being Gale’s final American tour.

The newest offering from Creeping Death, and the video we are highlighting today, is called “The Edge of Existence.” It’s the title track to the band’s upcoming EP due out October 8 via eOne, and was produced by Ryan Bram (Gatecreeper). As if you needed further excuse to check it out, Revolver Magazine just listed the track as one of the seven best new songs right now.

It’s easy to see why the song’s getting that kind of early traction. “The Edge Of Existence” is an ornery beast of tune that develops through hairy-knuckled palm mutes into a divebomb solo and thrash interlude that gets visually enhanced in its video by manufactured twilight in black and grey. The effect is presaged as clouds make their way across the sky to mark the tempo changes, and guitarist Trey Pemberton’s second solo is rallied along with a blown out burst of technicolor.

All in all, it gives the video a chaos at-dusk kind of feel, while Alavi lyrically alludes to the chaos that people in power have inflicted on the Earth and even teases at a little violent retribution for the global elite.

The song feels like the kind of spin kick to the face that precedes the apocalypse. It’s just the sort of thing needed to wake up the sheeple holding humanity back, if you ask us.

Because, as the newly formed Riley Gale Foundation — an organization that aims to “aid, assist, and help LGBTQ+ organizations, animal welfare programs and mental health initiatives” — would no doubt say, there’s a whole lot left to live and fight for out in this world.

You can join the organization in a celebration of life called “Riley Gale & Friends Day, Vol. 1” starting at 7 p.m. on Wednesday, August 25, at Deep Ellum Art Co.