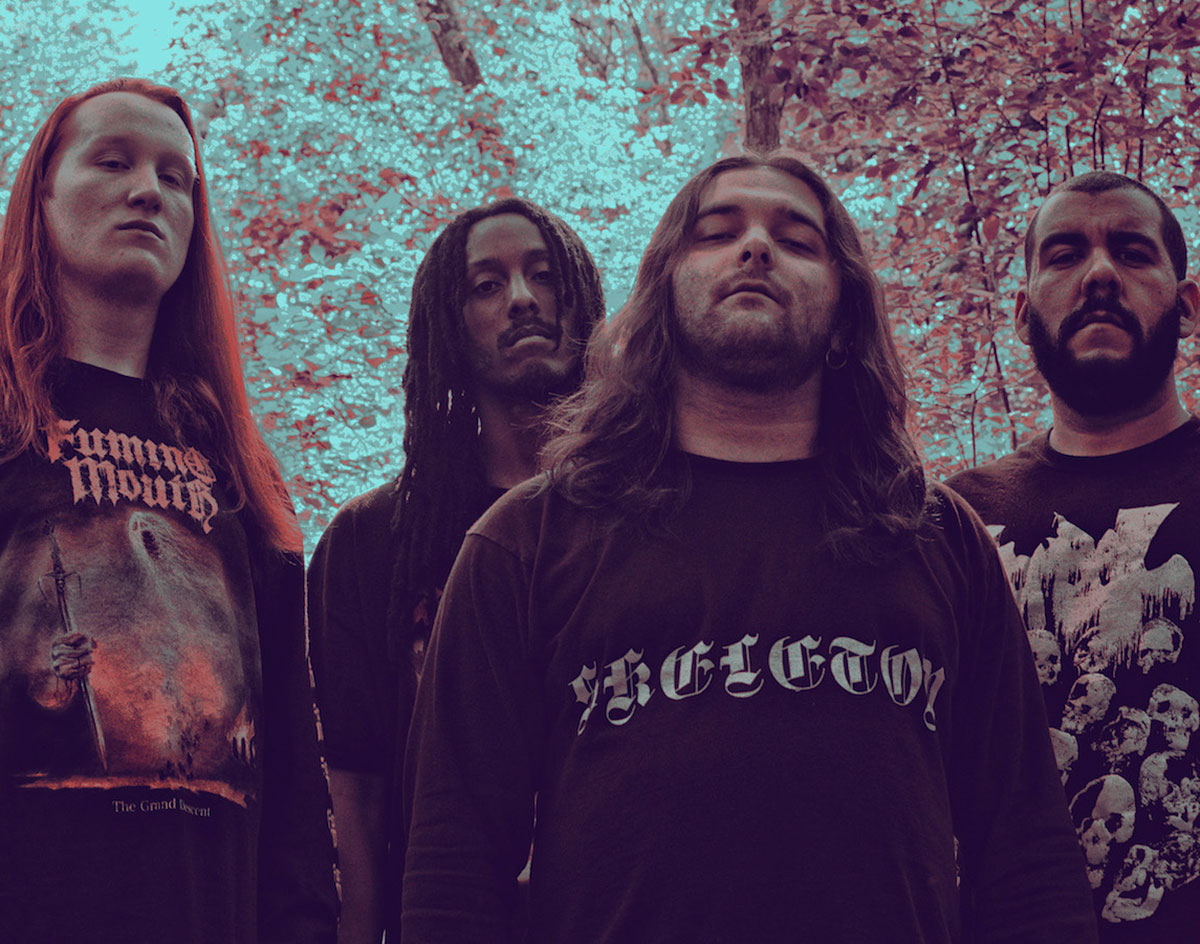 Before The Buzzing Dallas Metal Band Hits The Road As Power Trip And High On Fire’s Opening Act, Check Out Its Upcoming Debut LP’s Ripper Of A Lead Single.

Creeping Death — “Bloodlust Contamination”
RIYL: reaping the rewards of North Texas’ continued metal dominance.
What else you should know: Earlier this week, the North Texas black- and thrash-indebted death metal band Creeping Death caught the attention of metal fans far and wide with a flurry of announcements:

Fine and dandy unveilings all — but ultimately nothing without some appropriately brutal new music to back it up, right?

Well, to that end, the band also this week released a first taste of Wretched Illusions in the form of lead single “Bloodlust Contamination” along with a brand new VHS-quality music video to pair with it. See the clip for yourself at the bottom of this post. Spoiler alert: It and the song it promotes both rip, and they establish Creeping Death as worthy bearers of Dallas’ storied metal torch.

The third track on the new album — the entire collection was produced by Daniel Schmuck (Power Trip, Messengers, End Times) and mixed and mastered by Arthur Rizk (Ghostmane, Cavalera Conspiracy, Outer Heaven) — “Bloodlust Contamination” is an uncompromising and forceful four-minute knock to the skull. So it’s fitting, then, that vocalist Alavi credits a noggin hit suffered while attending a now-legendary 2012 Power Trip gig at Queen City Tattoo’s short-lived next-door DIY venue Queen City Hall in East Dallas as part of what inspired Creeping Death’s formation in the first place.

That’s just one of many insightful nuggets to be found in a compelling new Revolver profile on Creeping Death that also just dropped this week. In that piece, the RuneScape-loving, Iranian-American, non-binary gender fluid Alavi also discusses how they cut its teeth in the music scene like so many other performers before them through shows played at the now-shuttered Eisenberg’s Skatepark in Plano, and how Power Trip frontman Riley Gale has been particularly instrumental Creeping Death’s rise.

Anyway, you should make sure and read that Revolver article. Just hit play on the below embed first and, presuming you haven’t already, formally welcome Dallas’ newest metal scene overlords into your life.