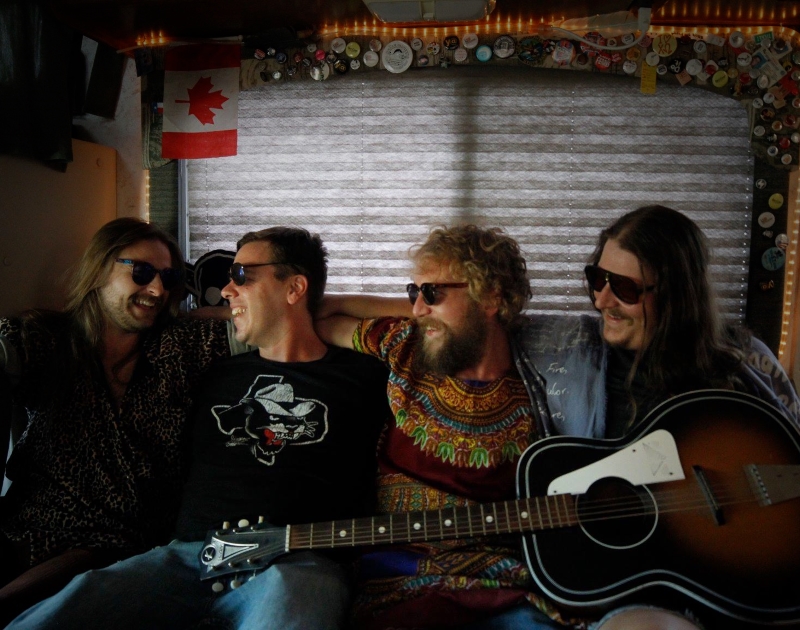 Check Out The Title Track of Chillamundo’s New Record, An Absurdist Rocker From a Fort Worth Supergroup That’s Having Way Too Much Fun.

Chillamundo – “Paper Airplane.”
RIYL: Letting it fly.
What else you should know: My favorite records are always the ones that sound like mixtapes or soundtracks or basically like 10 different people wrote the songs. There’s nothing worse than an album with a hit and then nine more slightly different versions of that same tune.

This is a mark Fort Worth (supergroup?) Chillamundo hits with its sophomore release, at times sounding like Minute Men or Nirvana or even The Beatles, never afraid to shift on a dime, frequently within the same song. There’s a comedy bit. There’s an instrumental that is not-too-distant relative to a familiar Toadies song.

Perhaps the one factor unifying these eight tracks is that the band – which consists of Denver Williams (Deep Sleepers, Vincent Neil Emerson), Neal McAlister, Caleb Stanislaw (The Hendersons) and Nick Tittle (Arenda Light) along with producer and unofficial fifth member Peter Wierenga (Siberian Traps, Jake Paleschic) – always sounds like they’re having the most fun in the world.

“We all put a lot of effort into Chillamundo,” Williams told the Fort Worth Weekly. “We all consider it something really special to all of us, so why would we fucking not make it fun?”

There’s an easygoing feel and the brand of confidence that comes from that feeling of being free to break the rules without giving a crap what others are going to think. The result is tunes like the title track, full of stops and starts, tempo shifts and a constant back-and-forth between angular verses and smooth-as-butter psych-pop choruses.