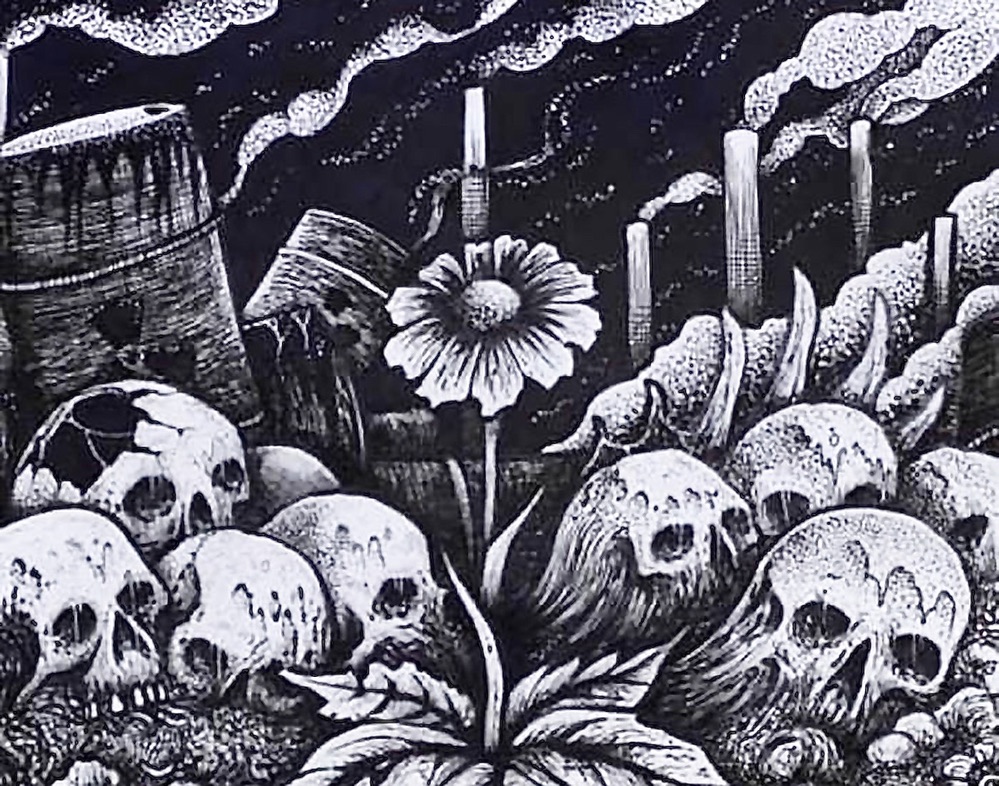 The Hardcore-Punk Young Guns In Unleash A Relentless Blitzkrieg Against A Complacent Society Giving In To The Corruption Of The Establishment.

Calculated Chaos – “Yoke”
RIYL:‌ A Global Threat, Against All Authority.
What‌ ‌Else‌ ‌You‌ ‌Should‌ ‌Know:‌ Before all chances of slamming the pits at a punk show went out the shuttered venue windows, the boys in Calculated Chaos were opening for road warrior touring bands like Voice of Addiction and Some Kind of Nightmare. They even got a chance to tear it up with one of the greatest punk acts ever, The Adicts.

Every young punk band needs a ska-punk song, and Calculated Chaos can check theirs off the list with “Yoke,” which is right in the middle of their angry, distorted banger of an album. We use the term “full-length” lightly, because though the album lists eleven songs, it clocks in at just over 17 minutes.

The song’s title is a reference to a cattle yoke used as a metaphor for the manipulation of a populace by the supposed security gained in obedience to the state.

“It’s essentially about how government is not a necessity and exists only to serve the interests of the ruling class,” bassist John Grefer says.

The song takes inspiration from European Enlightenment Philosopher, Jean-Jaques Rousseau and other political thinkers, including Henry Thoreau. The final line of the second verse, “Spending all your days in quiet desperation,” is borrowed from Thoreau’s “Walden”, which states, “The mass of men lead their lives in quiet desperation.” To Grefer, that means people may be quietly accepting that they’re being exploited. He might be onto something.