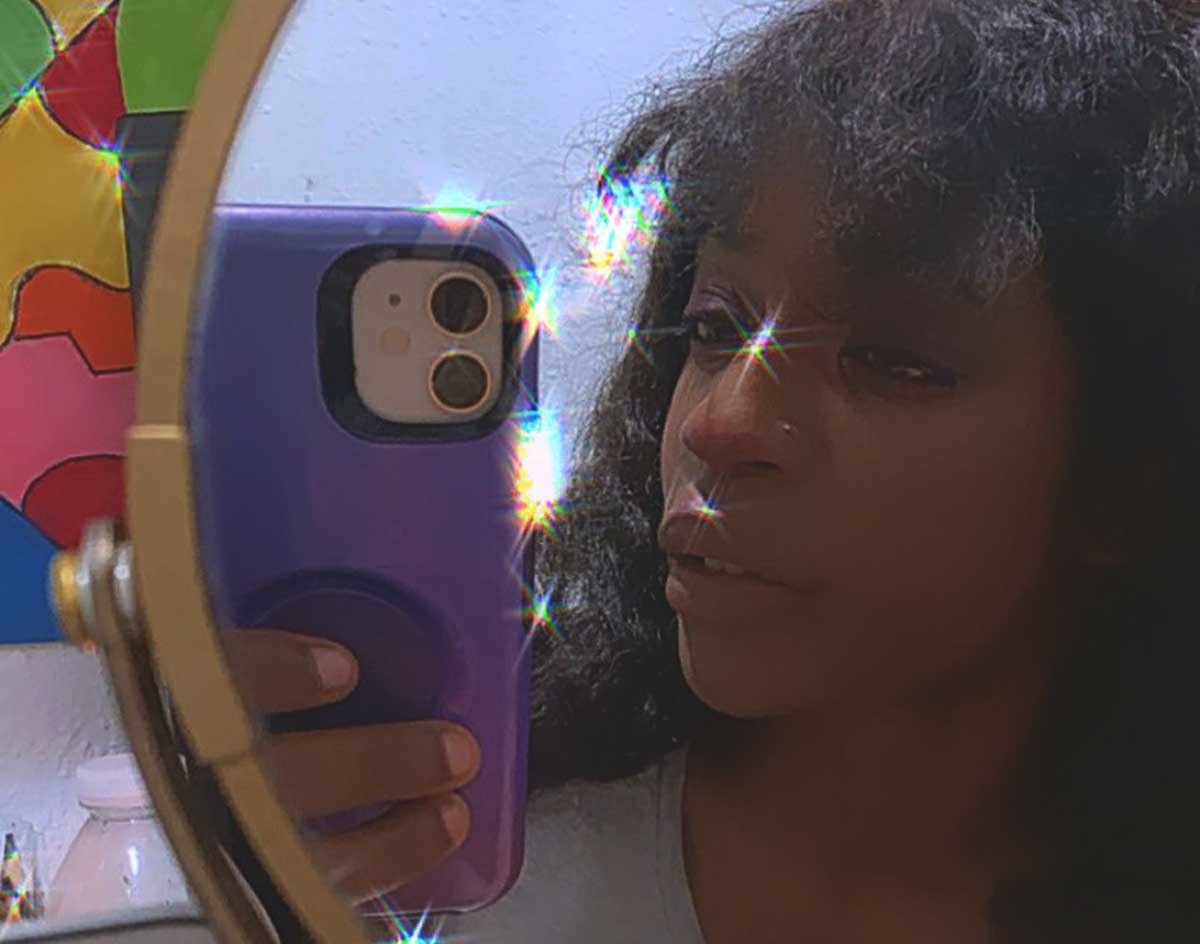 Check Out The Abrasive And Rather Psychedelic Breakout Single From Dallas’ Latest Self-Proclaimed “Next Rising Star” Rapper.

BBY BRUJA – “Ghetto Shit”
RIYL: Eating severed heads like a praying mantis when eggs and bacon become a little hard to come by.
What else you should know: We don’t like to admit it, but Houston’s got it pretty much made when it comes to hip-hop.

Sure, we have our Erykah Badus, DOCs and Yella Beezys. But Houston has UGK, Geto Boys, DJ Screw (RIP), Trae Tha Truth, Kirko Bangz, Devin the Dude and an infuriatingly star-studded list of others. With newer Houston artists like Travis Scott, Megan Thee Stallion, Lizzo and Maxo Kream being the face of that city’s music scene of late, it stands to reason that the soil down along the coast remains fertile enough to cultivate more rising stars still.

Lucky for us, though, that fresh-faced rapper BBY BRUJA has ties to both Dallas and Houston — and she recently chose to call herself “Dallas’ next rising star” in a particularly brazen tweet. Granted, hip-hop is a genre where having such confidence is something of a prerequisite — but BRUJA is so convincing of it in her single “Ghetto Shit” that it’s enough to absolve all doubt.

A mere 18 seconds into the track — she dropped it in early last year as one of three projects she uploaded to Soundcloud in 2019, but only recently uploaded its paired visuals — rattling hi-hats kick in. They immediately overlap with her spunk-driven flow, which she uses to spit bars about, among other things, poverty (“can’t afford no fucking breakfast; can’t afford no eggs and bacon”), having no patience for a bitch (“got no patience for a bitch”), slitting your throat (“as I rest this fucking knife across your motherfucking neck”) and post-coital decapitation (“lil boy, I’ll take your soul; I’m praying mantis, take your life.”)

The lyrical subject matter is as gritty as the production, which is rather abrasive and psychedelic even by contemporary trap standards (think Travis Scott’s ASTROWORLD meets The Flaming Lips’ Embryonic). But,  and in some inexplicable way, the abstract nature of the below music video perfectly compliments these sensibilities.

Here’s hoping there’s more where this is coming. Presuming so, we feel inclined to agree with BBY BRUJA’s self-assessment.

HI MY NAME IS BBY BRUJA & I’M DALLAS’ NEXT RISING STAR. I DIRECTED & EDITED THIS WITH MY BEST FRIEND @AlexisJanaeEpps RETWEET IF YOU SUPPORT ME AND HELP A NIGGA GET OUT THE SLUMS. pic.twitter.com/HSyNwib2An