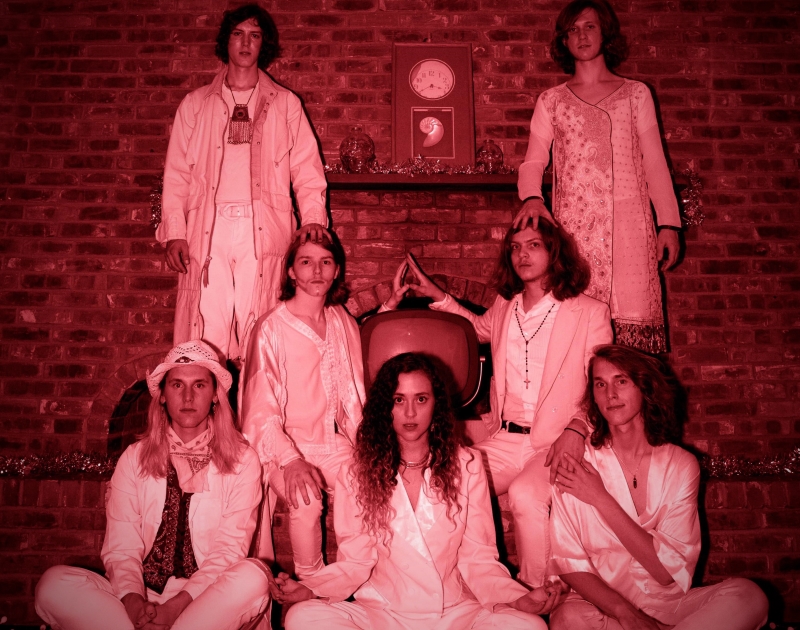 Acid Carousel – “Eyes Glow.”
RIYL: George Harrison of The Beatles.
What else you should know: Three albums into its career, the Acid Carousel collective has reached its Maharishi period.

But whereas The Beatles, Beach Boys and other ‘60s celebs were caught off guard by the more cult-like aspects of their chosen gurus founded form of meditation, the Acids went on their proverbial Indian retreat intentionally, precisely because of those facets.

On its upcoming double LP, Acid Carousel leans way into the occult – like way into it. Over the course of Another Everything, acts 1 & 2 two discs, they’ll unveil pieces of their rock opera about a protagonist doing battle with a cult in an effort to save his girlfriend and shed light on its unsavory motives.

Like those fabulous Beatle boys, the Acids employ some “Within You Without You”-style sitar and spot-on George Harrison-esque vocals courtesy of John Kuzmick. Meanwhile, another member of John and Gus Baldwin’s musical family of misfits provides counterpoint via a sweet-sounding folky b-section. The alternation back and forth between the two leading to an even more unsettling aura than either could on their own.

But this is just one small vignette in the larger tale, which is set to feature guest musicians like Sudie and Pearl Earl’s Ariel Hartley, and due out May 17 via Dreamy Life Records.