Song Of The Day:‌ Thinky Flesh – “She” 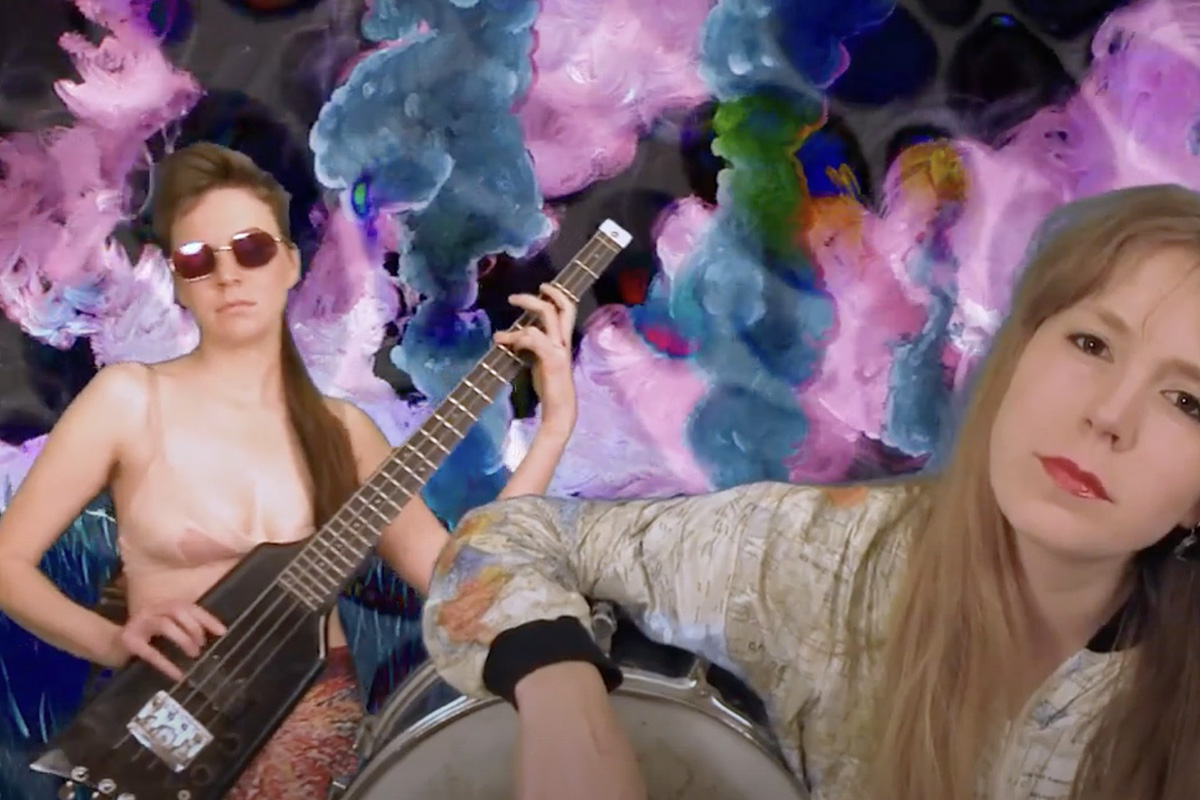 The Denton Natives Of Thinky Flesh Conjure Their Guerrilla Feminist Predecessors In The New DIY Glam-Rock Music Video For “She.”

“She” is the first single from Thinky Flesh’s upcoming debut EP, Bran Salad, and is the culmination of a project born amidst the madness of quarantining for the last year. It’s also the first time the sisters have ever worked on music together in their adult lives.

The pandemic has forced artists to find new ways to express themselves — the sisters of Thinky Flesh have entered boldly into the once-upon-a-time taboo of remote recording their rock and roll out of considerate necessity. While both sisters were once longtime Dentonites, Ayrton now calls Los Lunas, New Mexico home, while Bailey and Gillen relocated to Los Angeles in 2019.

Even with the challenges of creating remotely, they pulled off a campy, self-produced video. Directed by Ayrton, it plays out as a theatrical costume designer’s daydream, dressed with strong feminist undertones and set to a psychedelic backdrop of Bailey’s art. Through segments of the video, the sisters don gorilla masks in reference to the 20th Century contemporary art movement “Guerrilla Girls” who were devoted to fighting prejudices within the art community.

“[The song] is about the multiplicity of the feminine experience,” Bailey says. “The idea that “she” doesn’t have to be just one thing or one set of things. Women hold inside them a host of varying forms, and features. They don’t have to be relegated to a singular societal ideal.”

We’d have to agree.