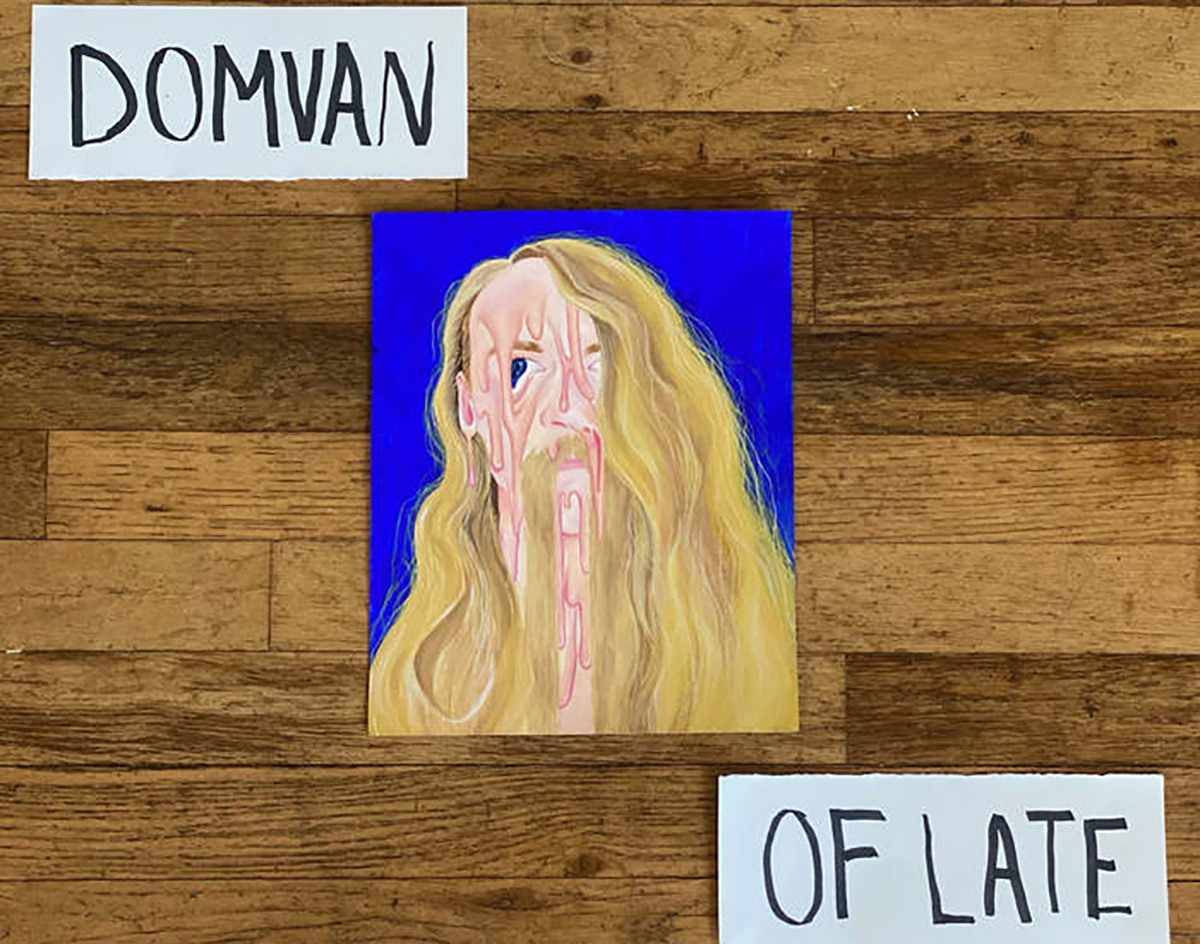 In The Video For His New Beachy Lo-Fi Single, Donovan Ford Laces Up To Get Far Away From The Draining Isolation Of The Last Year.

Domvan – “Can’t Dance”
RIYL:‌ Riding guitar riffs like waves across the vanishing point.
What‌ ‌Else‌ ‌You‌ ‌Should‌ ‌Know:‌ 2020 was supposed to be the year for Domvan’s musical aspirations to take off after he spent much of 2018-2019 grounded by a back-to-back kidney surgery and appendectomy. Interestingly, both surgeries utilized the same access hole under his belly-button. If time heals all wounds, maybe last year is the exception that proves the rule.

Domvan is a seasoned Denton musician, who, in pre-pandemic times, devoted his time and talents to a slough of different bands ranging from punk to sludge stoner-rock and everything in between. But as was the case with just about everything, the pandemic brought all those projects to a near-halt in 2020.

Discouraging as that was, the gearhead with a passion for experimental guitar rig set-ups decided to use that downtown for building a new niche for himself in DIY recordings. Though the project itself was actually initiated a couple months before the first wave of the virus, it was made up of experimental solo tracks that Domvan thought were “alright enough to show everyone else.”

He has since collected his bearings enough to release a slew of singles that have culminated in his new EP, Of Late. It’s a record consumed by a lot of feelings — with everything else on hiatus it seems Domvan’s solo project has become a necessary outlet for expression in these times of hug-less existence.

These feelings of isolation are best verbalized on “Can’t Dance” as he sings: “And it would be so sweet to be down the street with you/But I can’t even leave my apartment on the weekend to get food/So I’ll try and make some sense of why my life would hand me this circumstance.”

Domvan says the song is about an agoraphobic personality shift in his already-anxious brain that left him unable to go outside for any other reason than work.

“I was just sitting in my apartment, staring out the window, stewing, riling myself up like a small dog, to the detriment of both myself and my relationships with others,” he says. “The process of writing it was really me unpacking the feelings I had — and have — though thankfully to much more controlled extents now.”