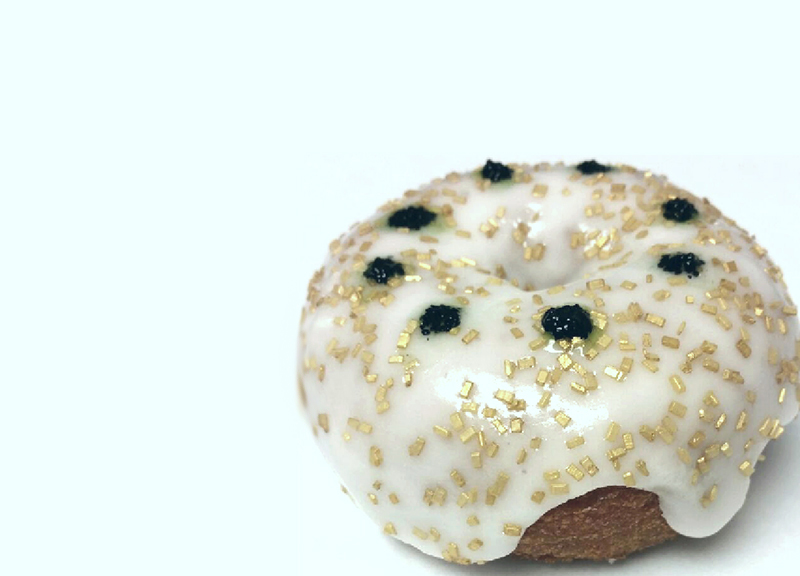 Hypnotic Donuts To Use Champagne And Caviar For Most Baller New Year's Doughnut Ever.

The twisted and delicious minds behind Hypnotic Donuts have a special treat up their sleeves for people who want to ring in the new year with a baller pastry: For one day only — on January 2 because Hypnotic's doors are closed for the January 1 holiday — the doughnut shop will be offering a white cake-based treat featuring black caviar, champagne icing and gold flakes on top. (The less-refined among you may also order it without the caviar.)

To answer your first question: Yes, it looks as ostentatious as it sounds.

As for your second question: The doughnut, which will be available at both the Dallas and Denton locations of the shop comes with something of a hefty price tag at $10 a pop. But, whatever, maybe it's a new fiscal year in your world? Check with your banker.

According to the press release from Hypnotic that announces the one-day-only, for-now-nameless option – may we suggest The Robin Leach? — it's the first doughnut idea the shop ever had, but, for whatever reason, they're only now getting around to making it available for purchase.

Better late than never, we suppose.