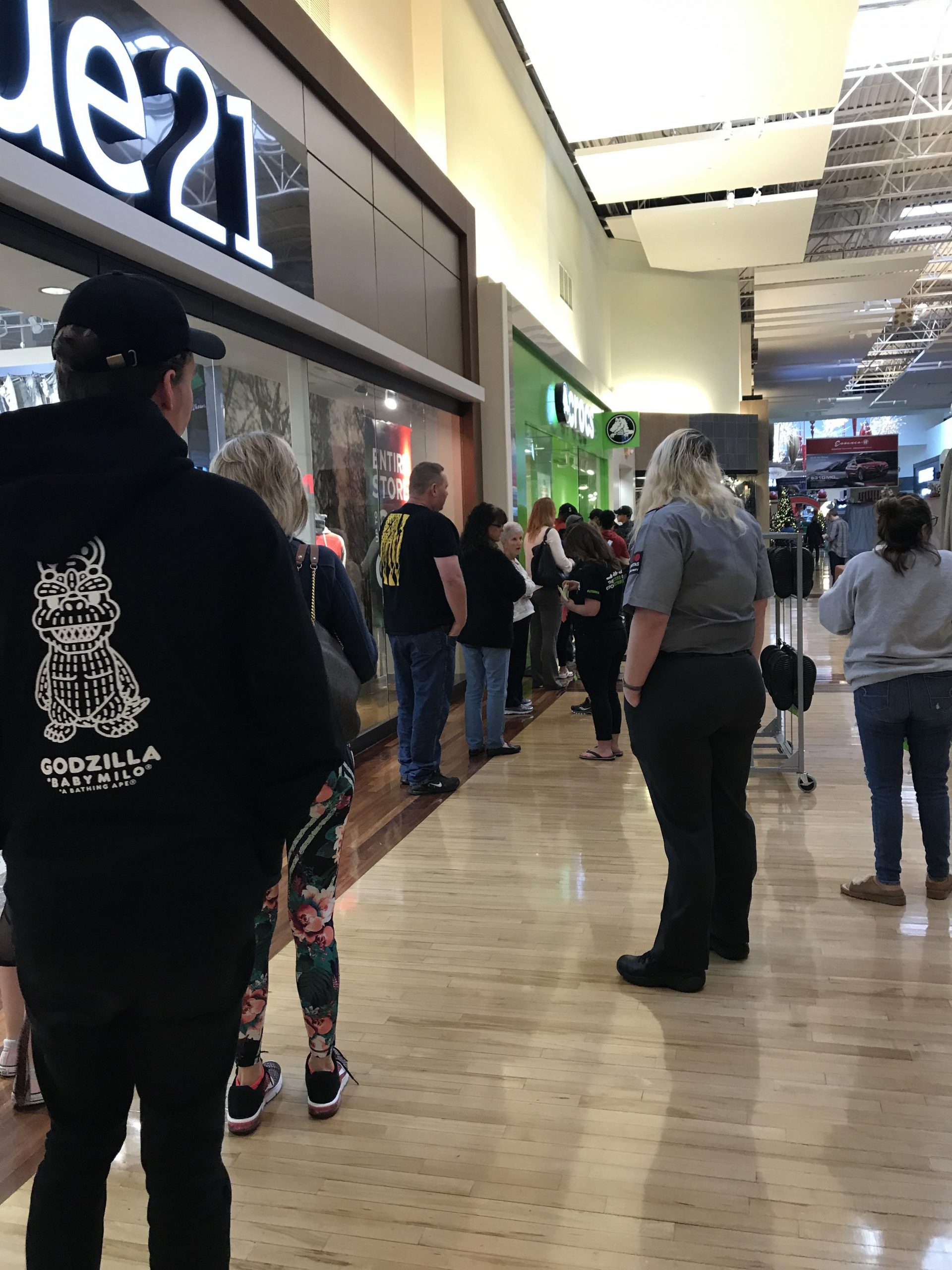 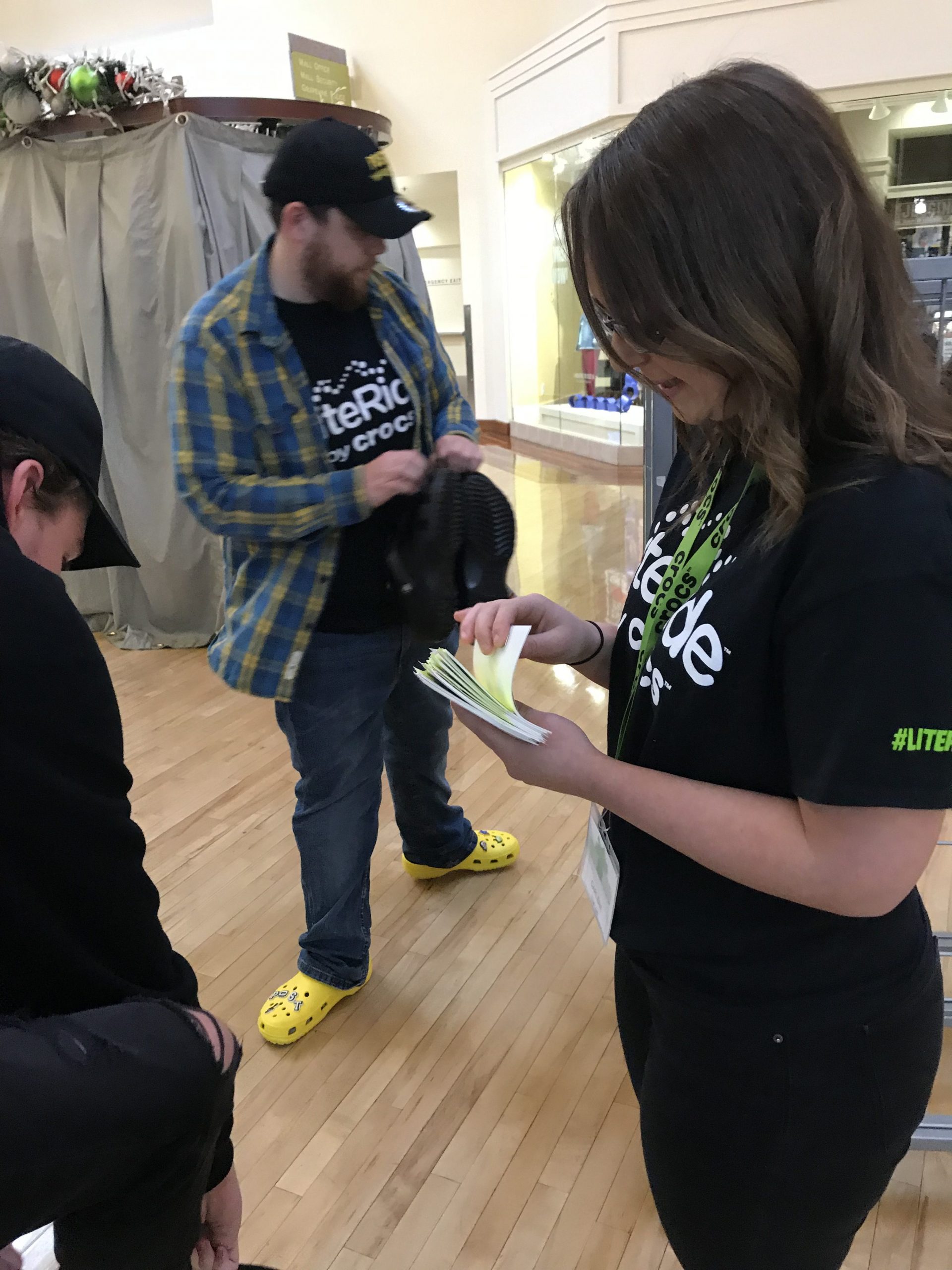 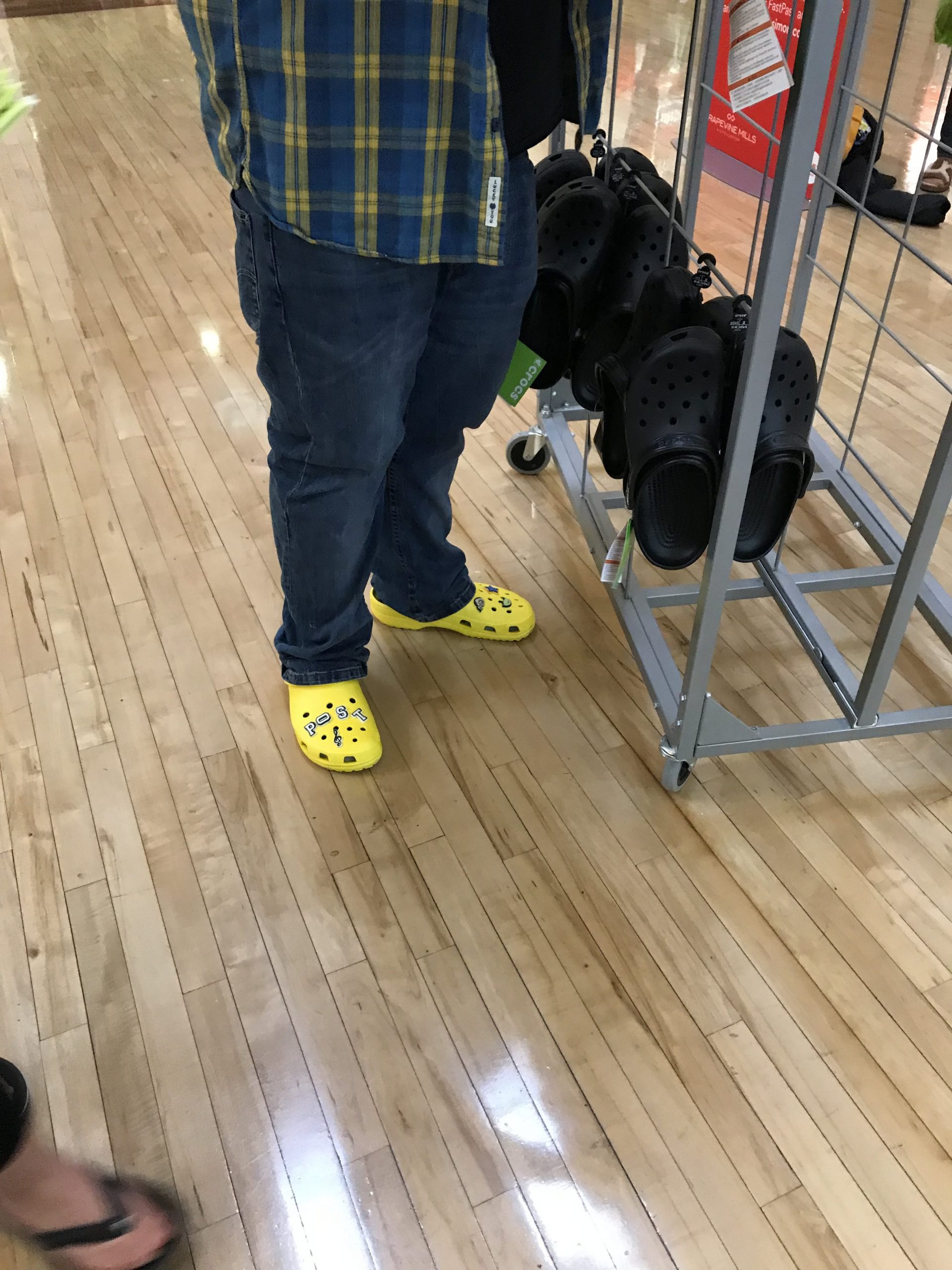 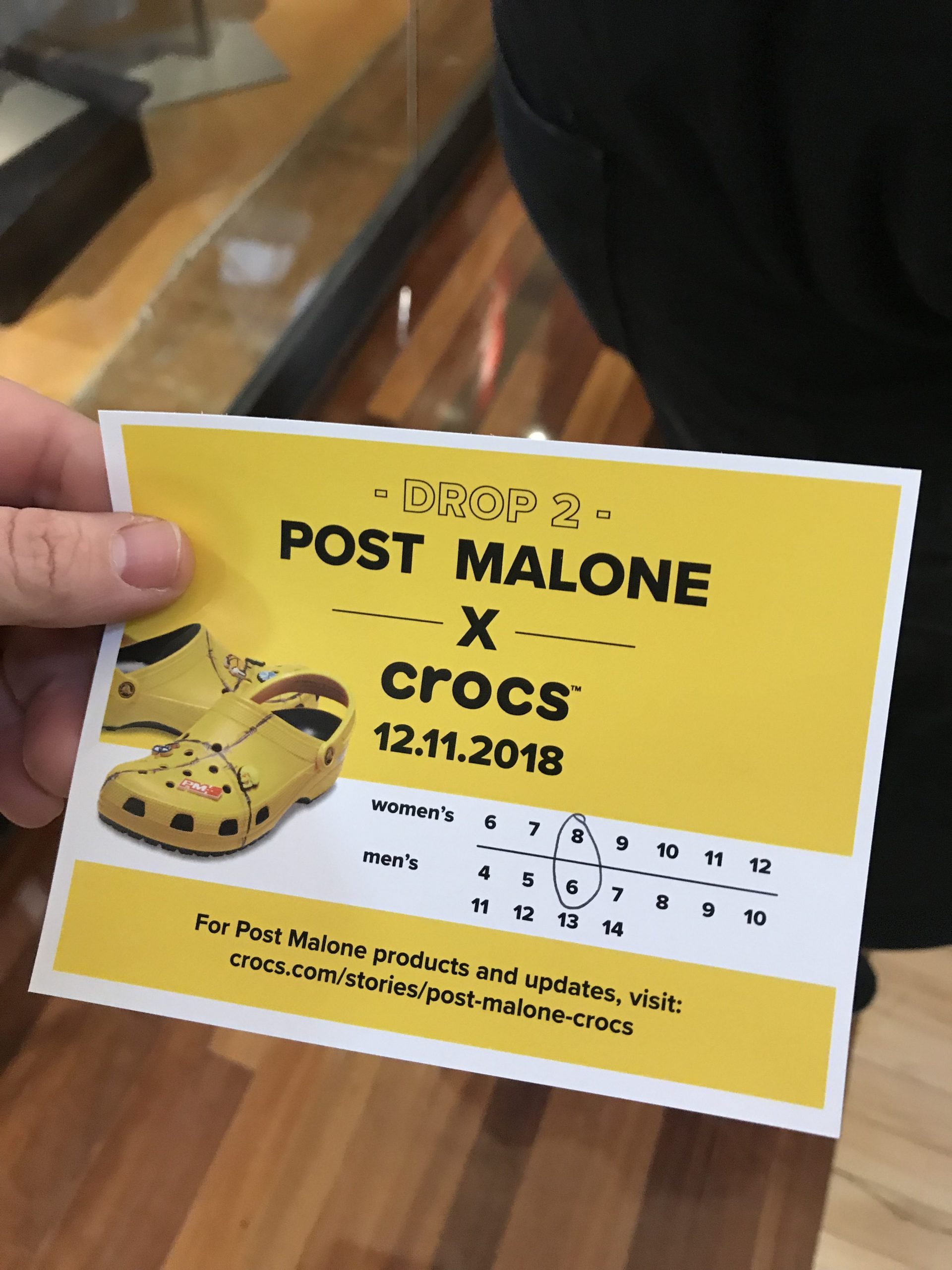 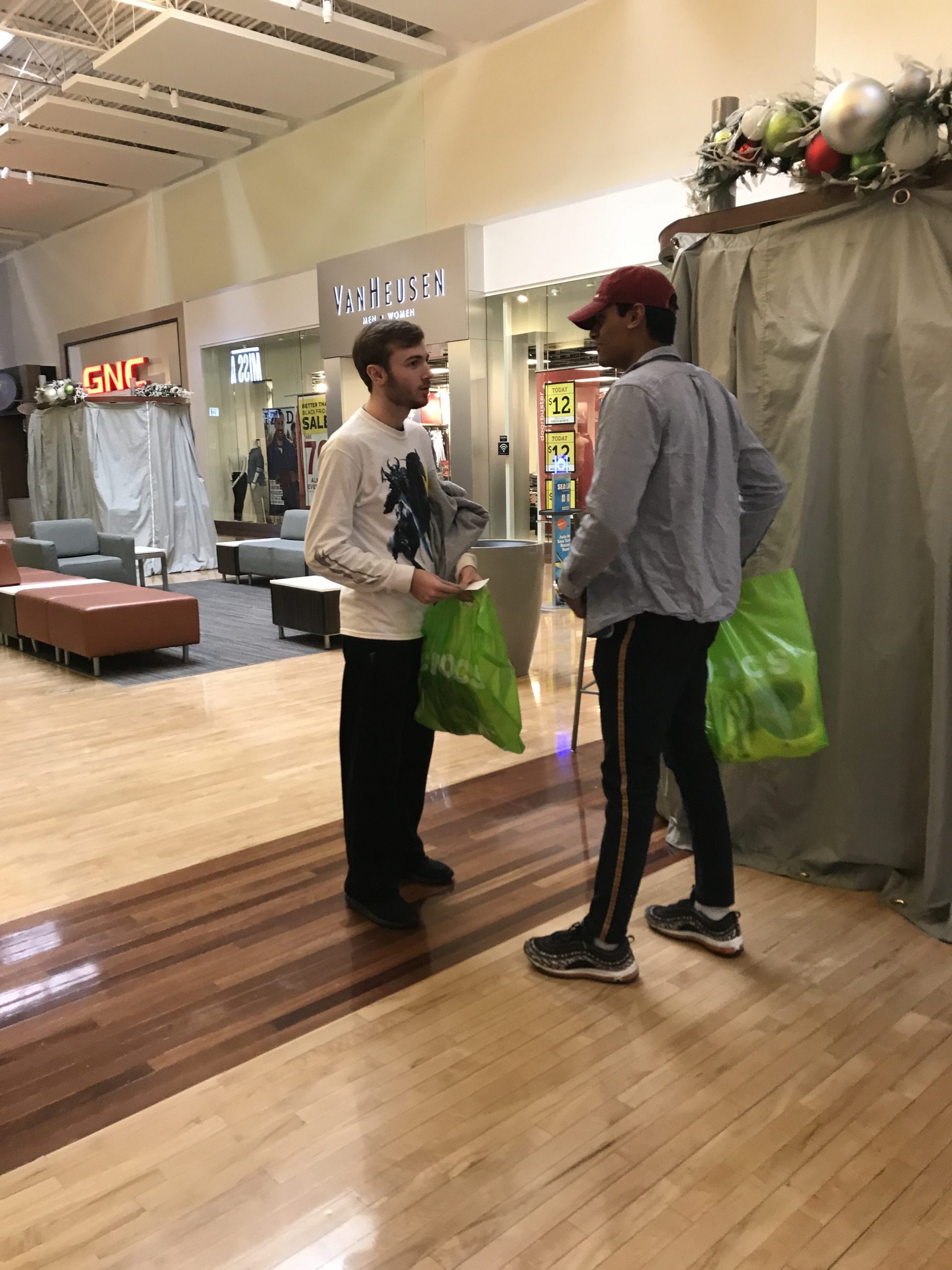 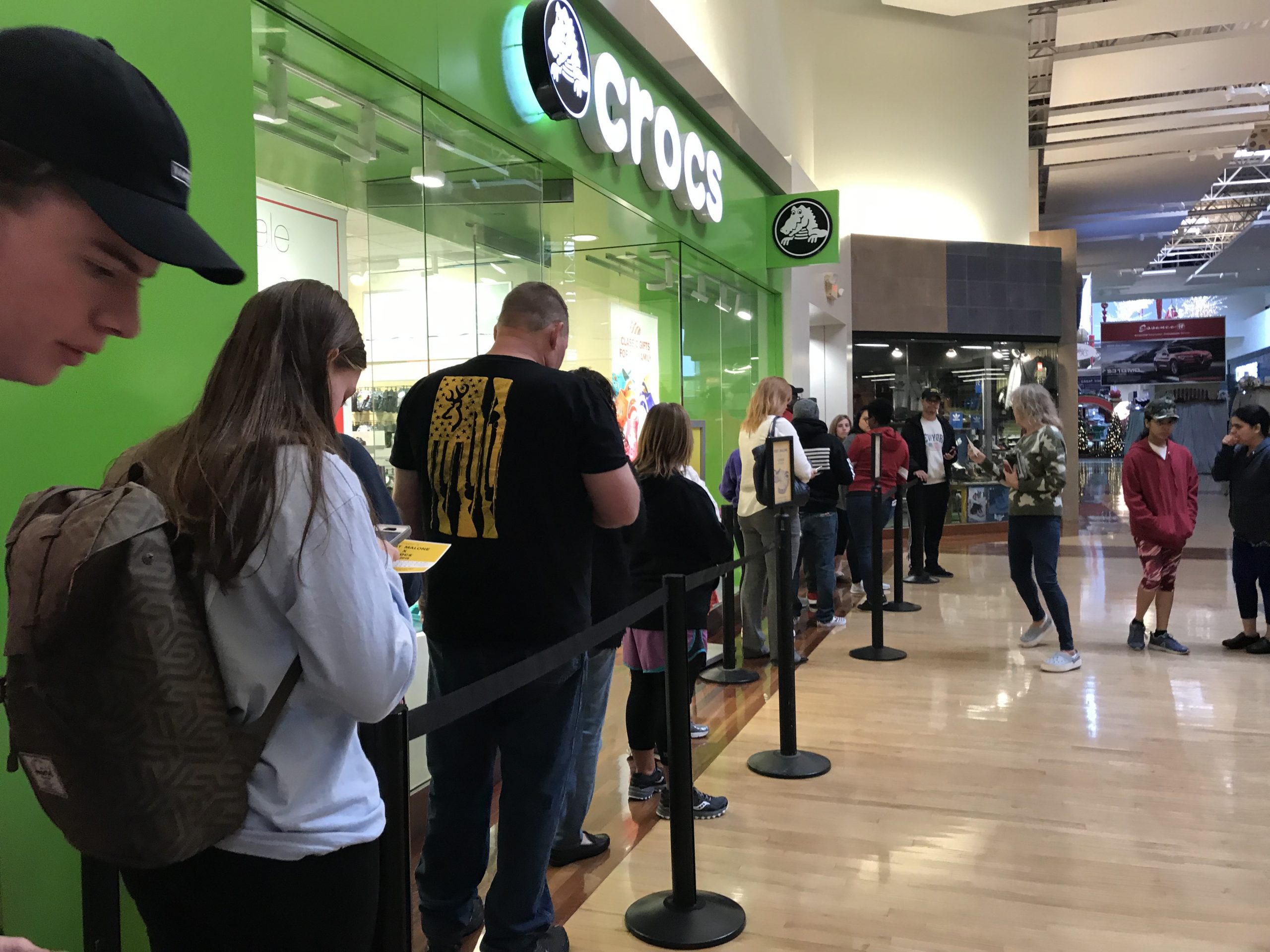 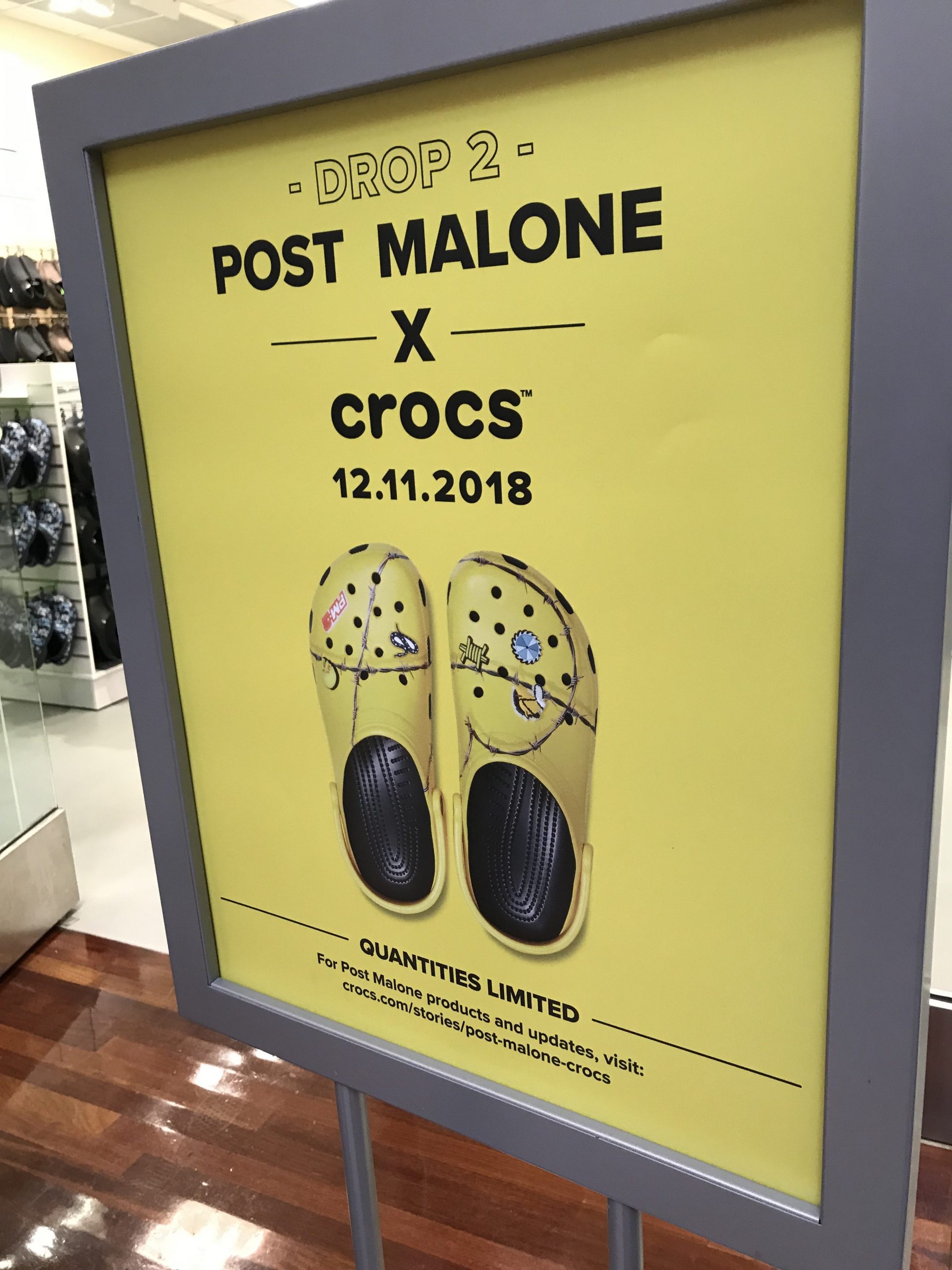 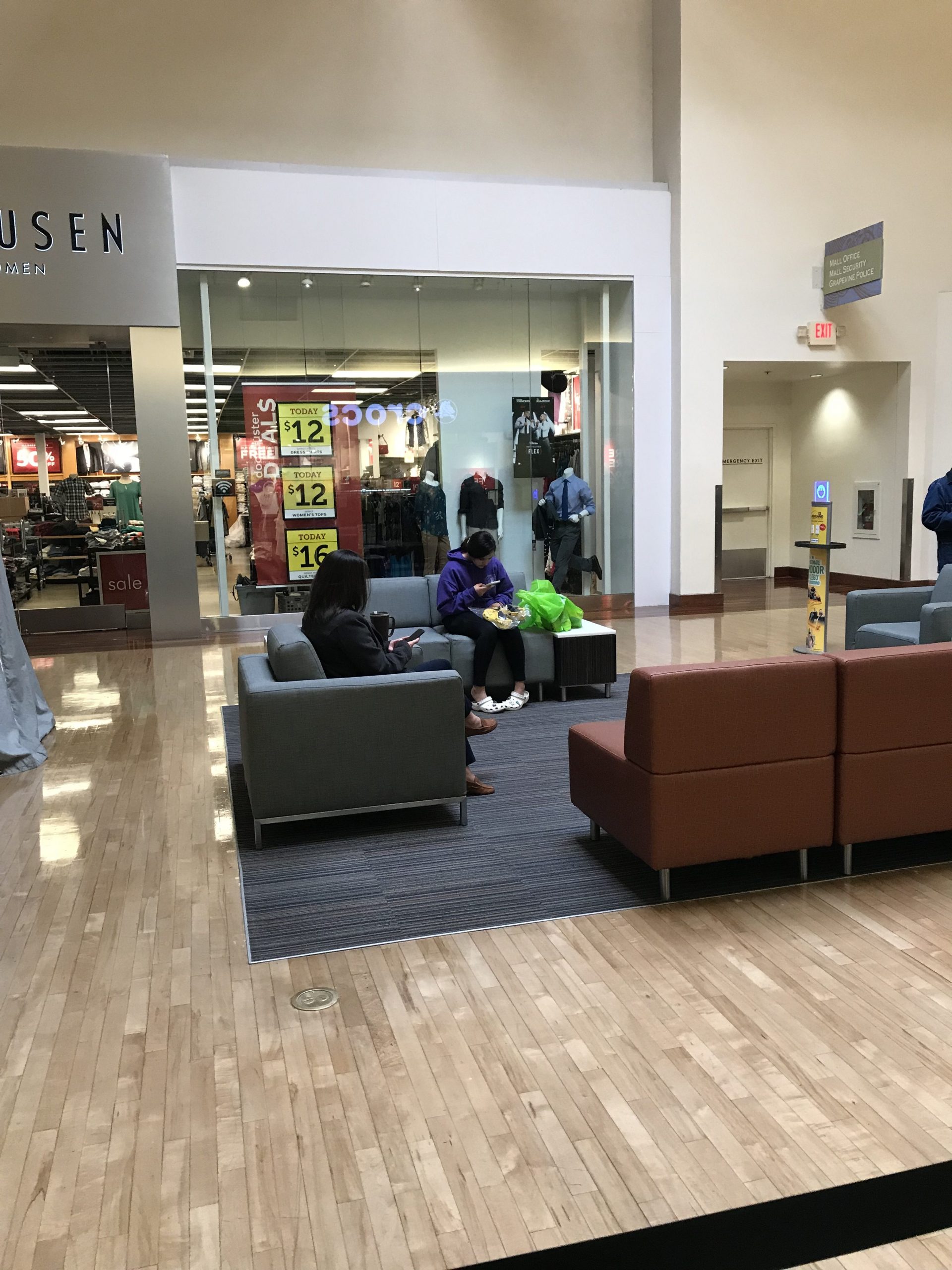 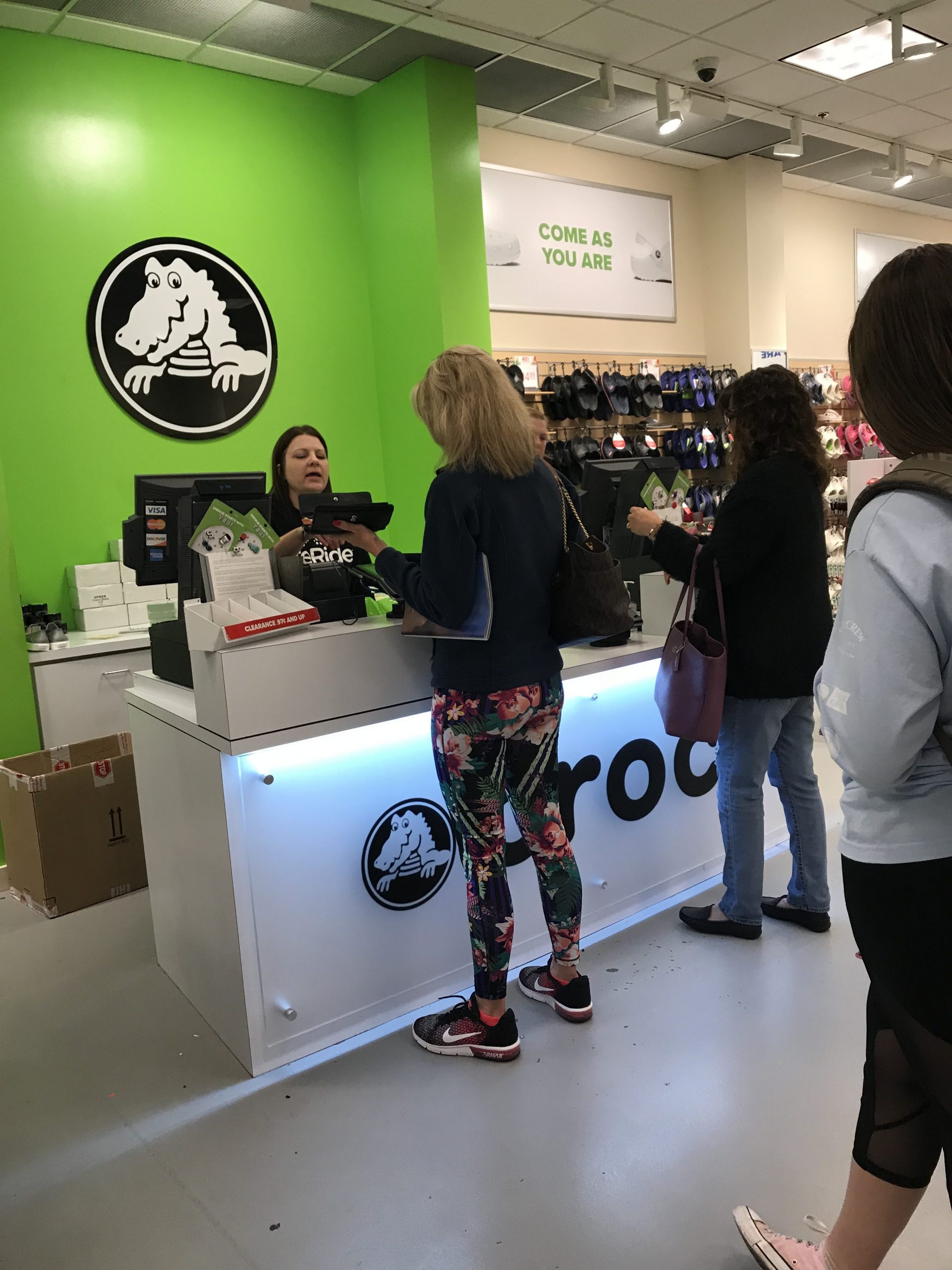 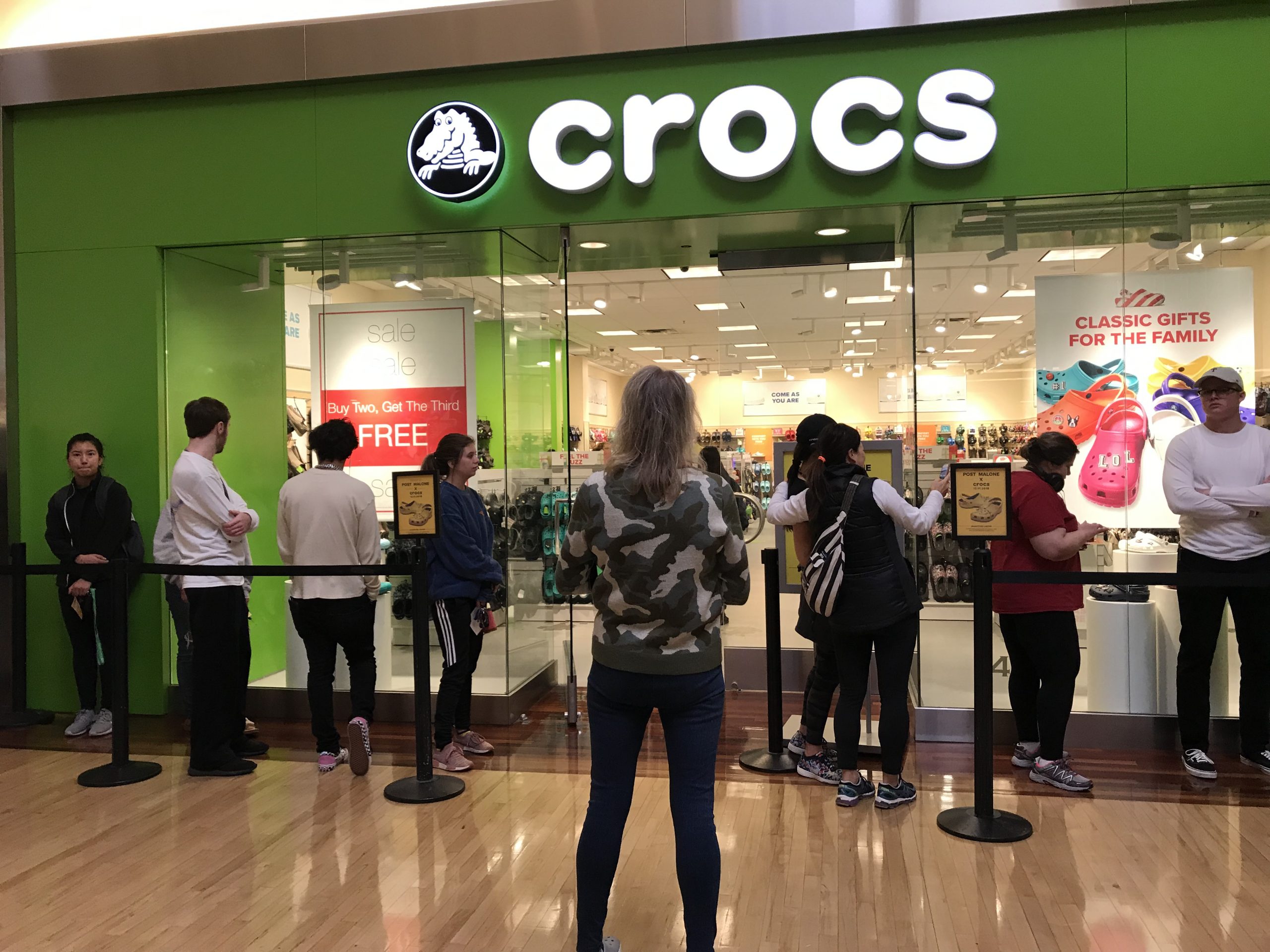 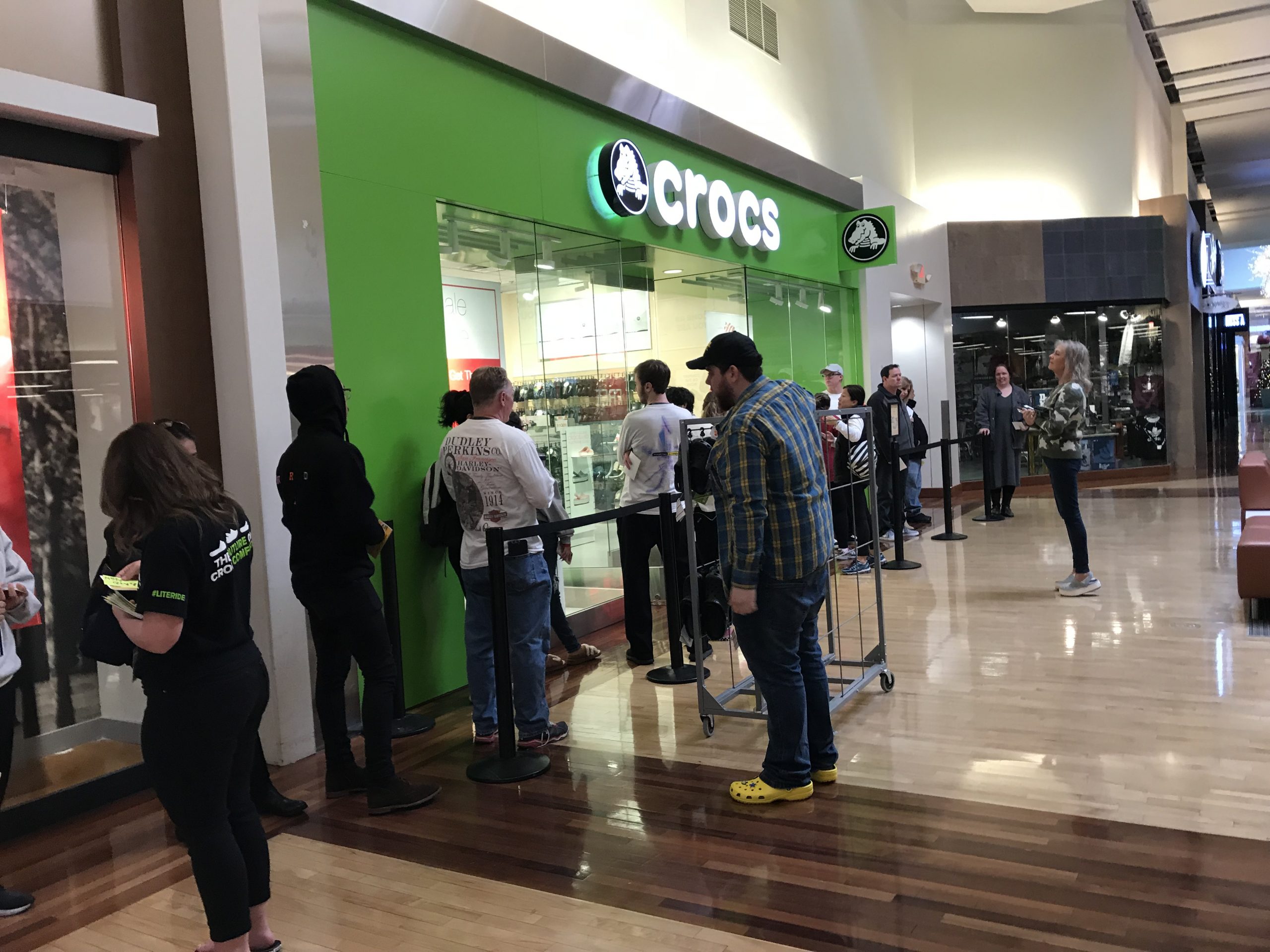 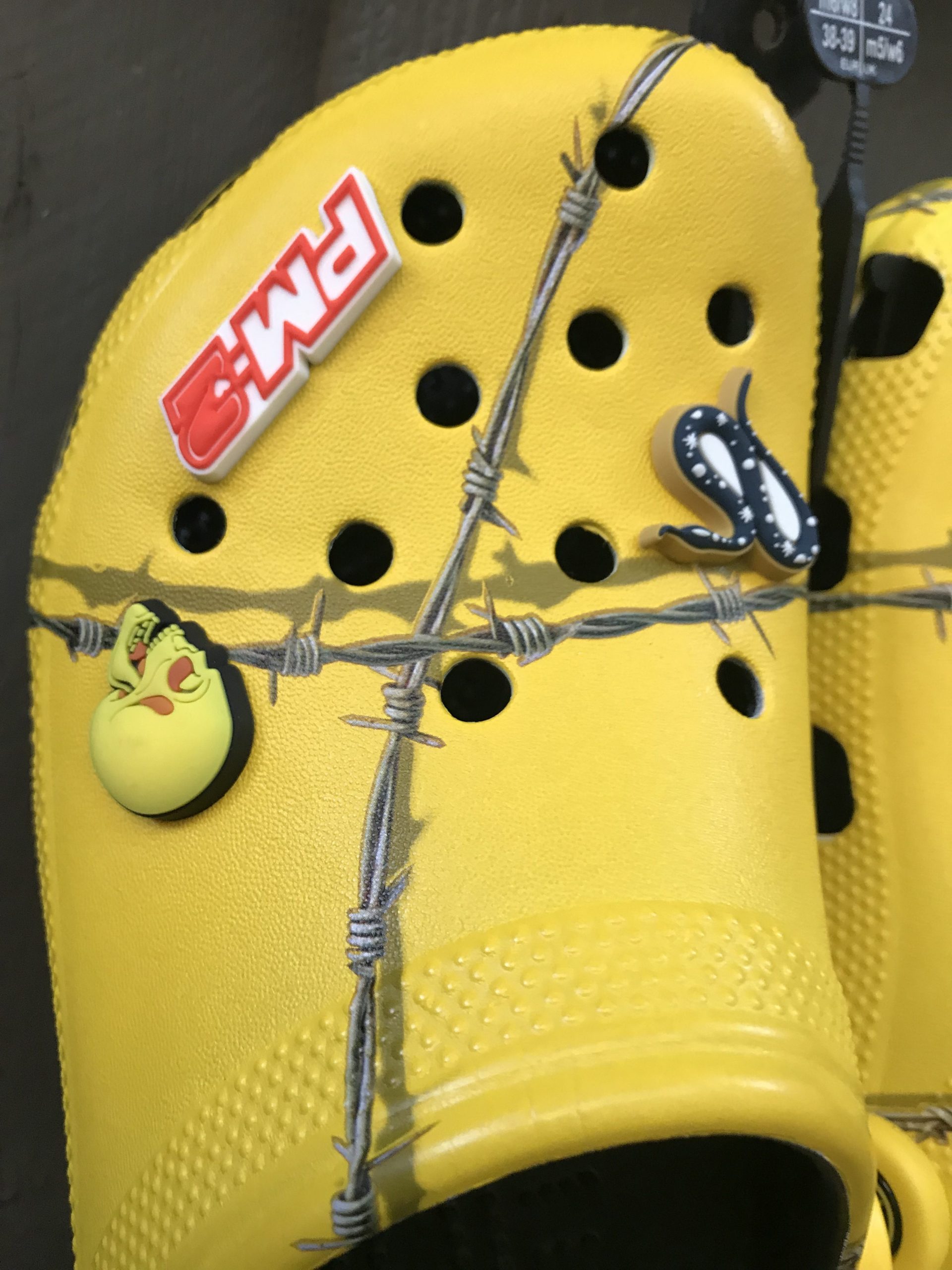 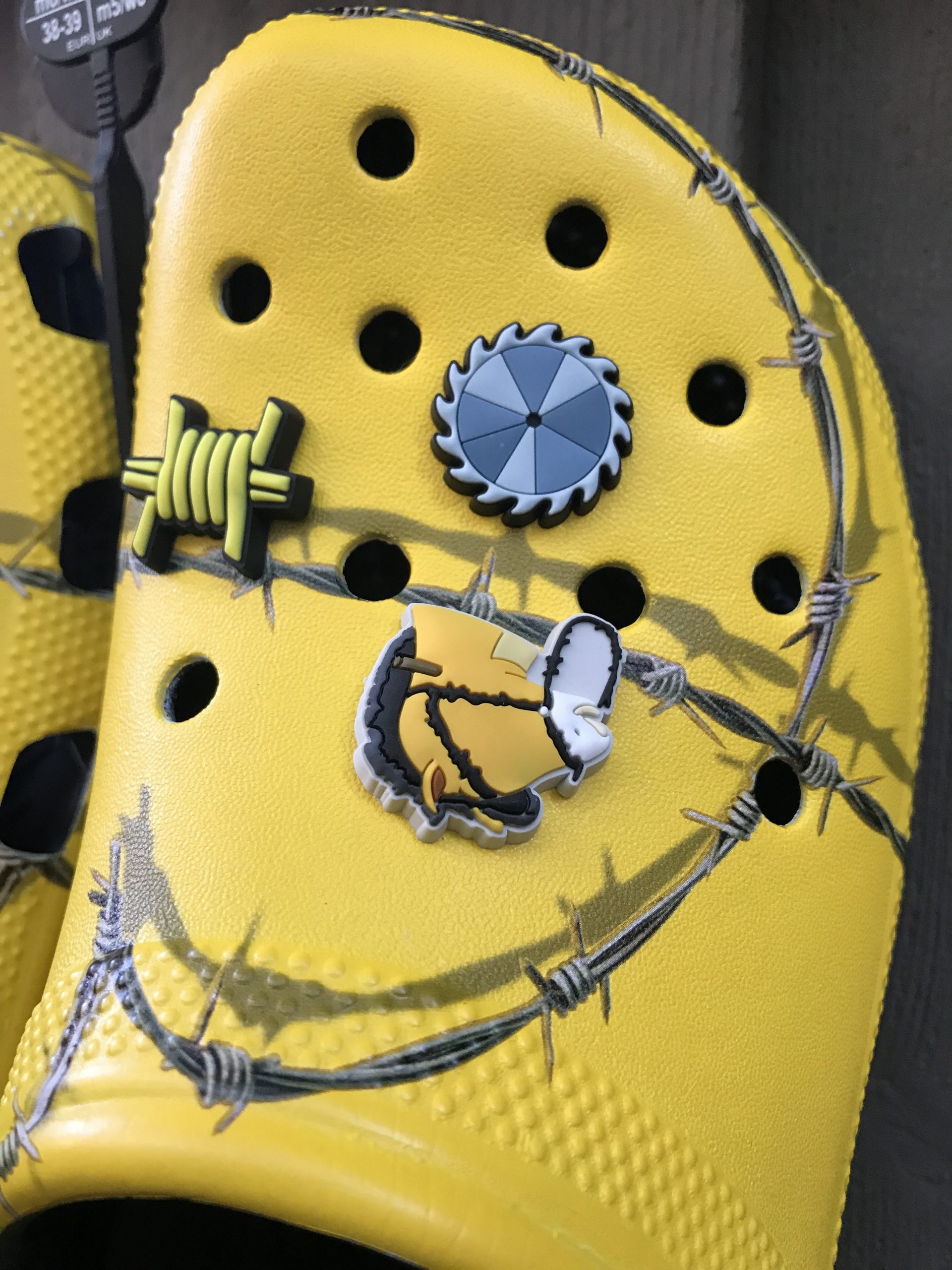 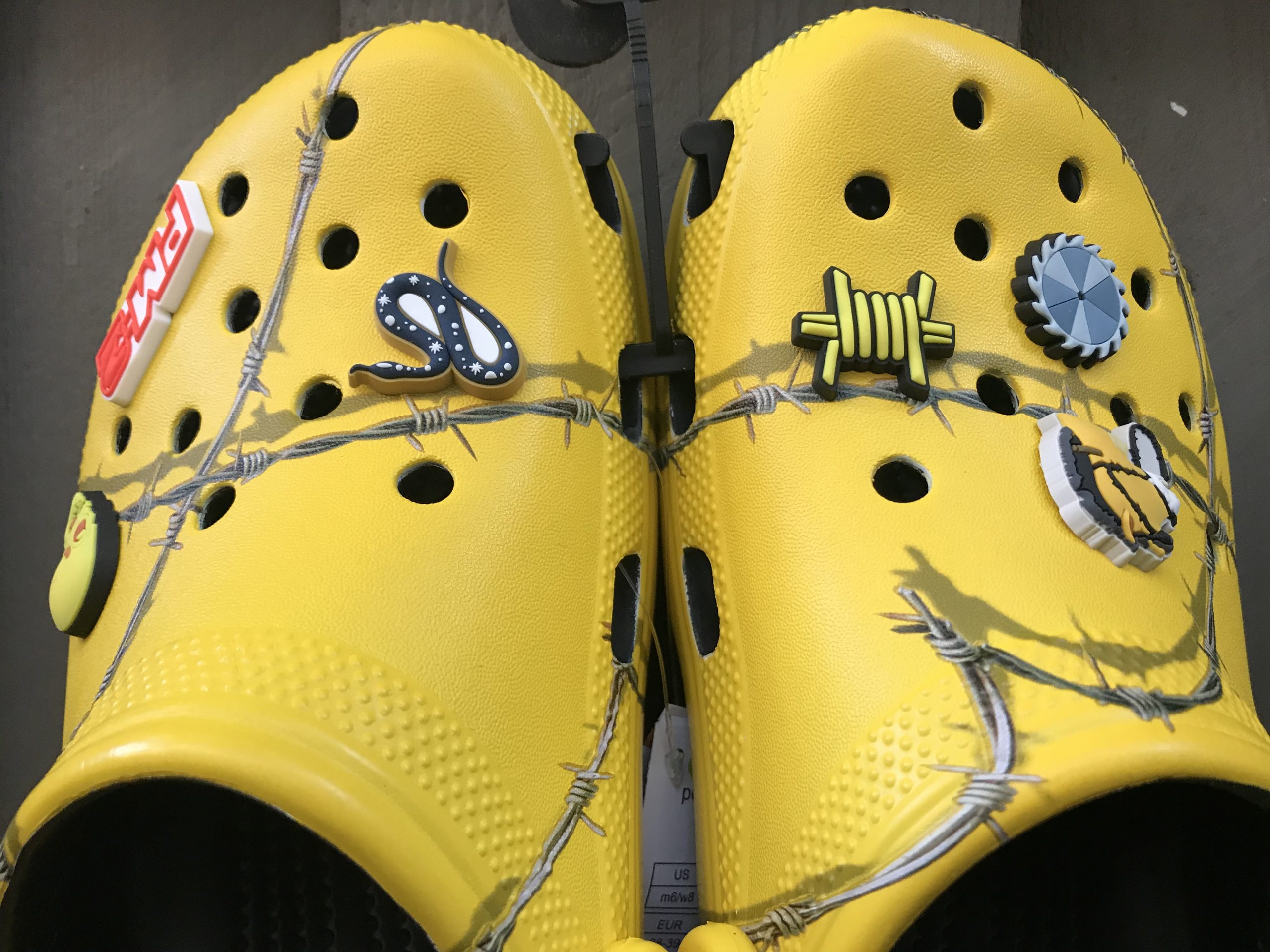 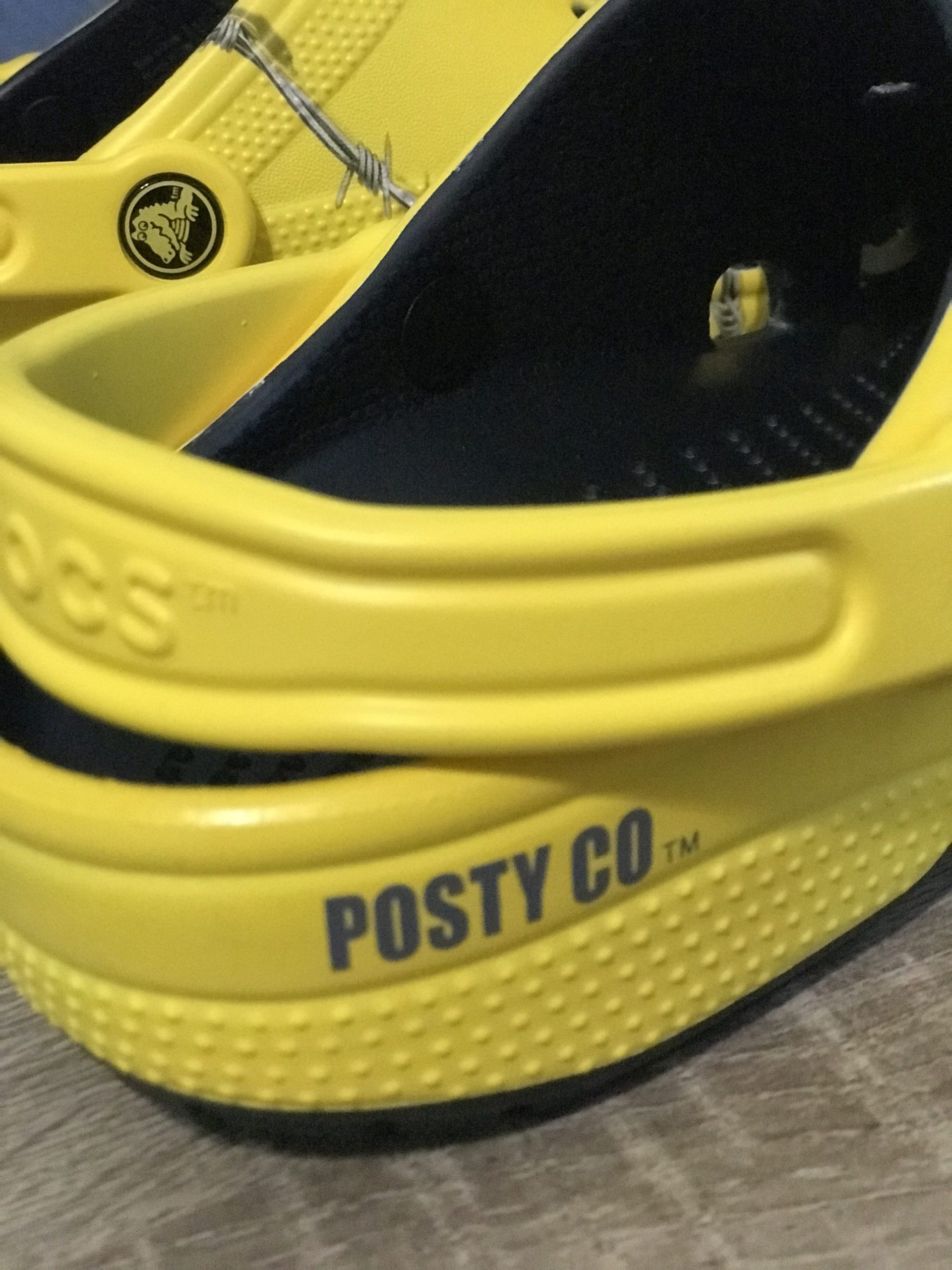 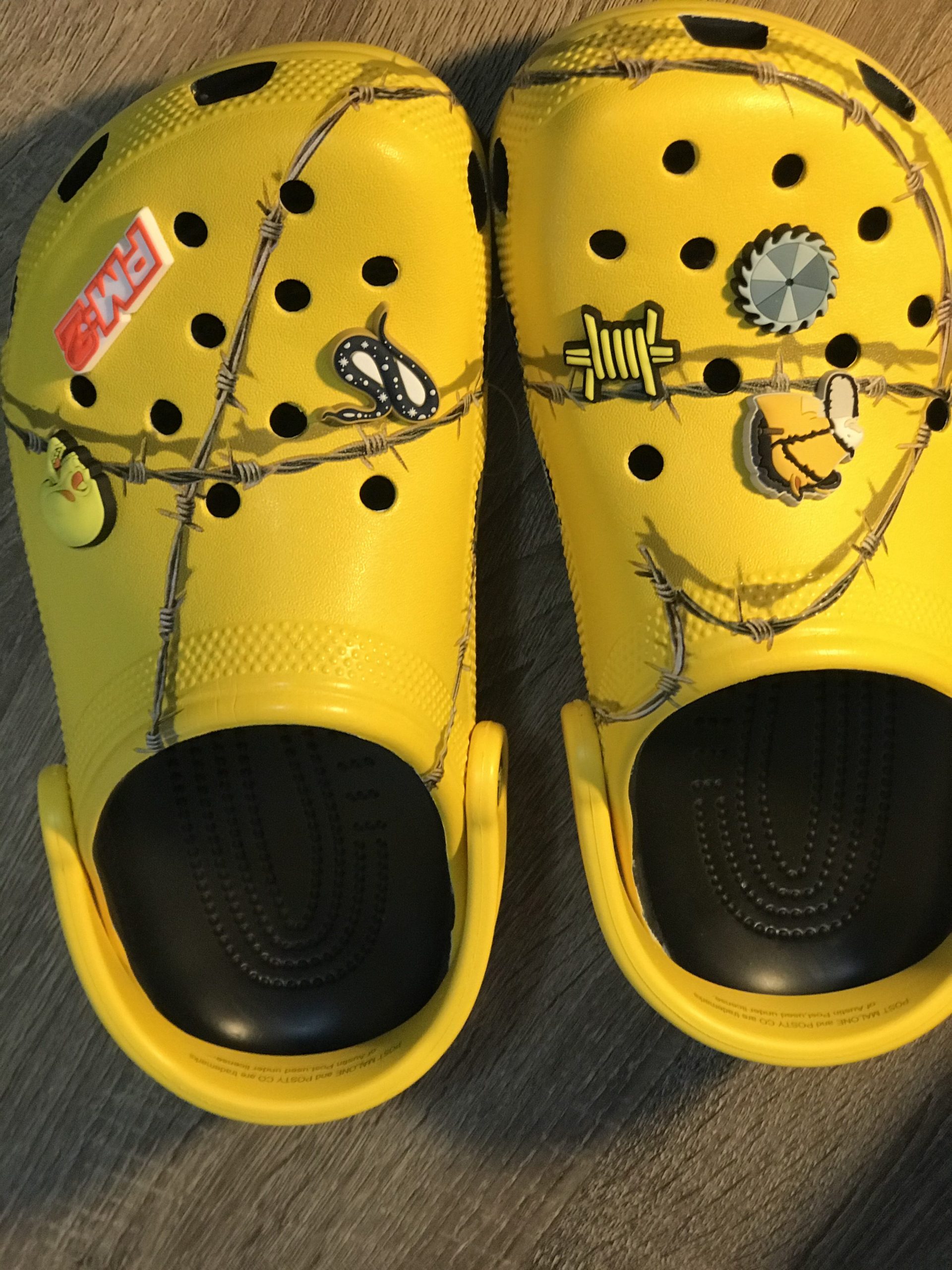 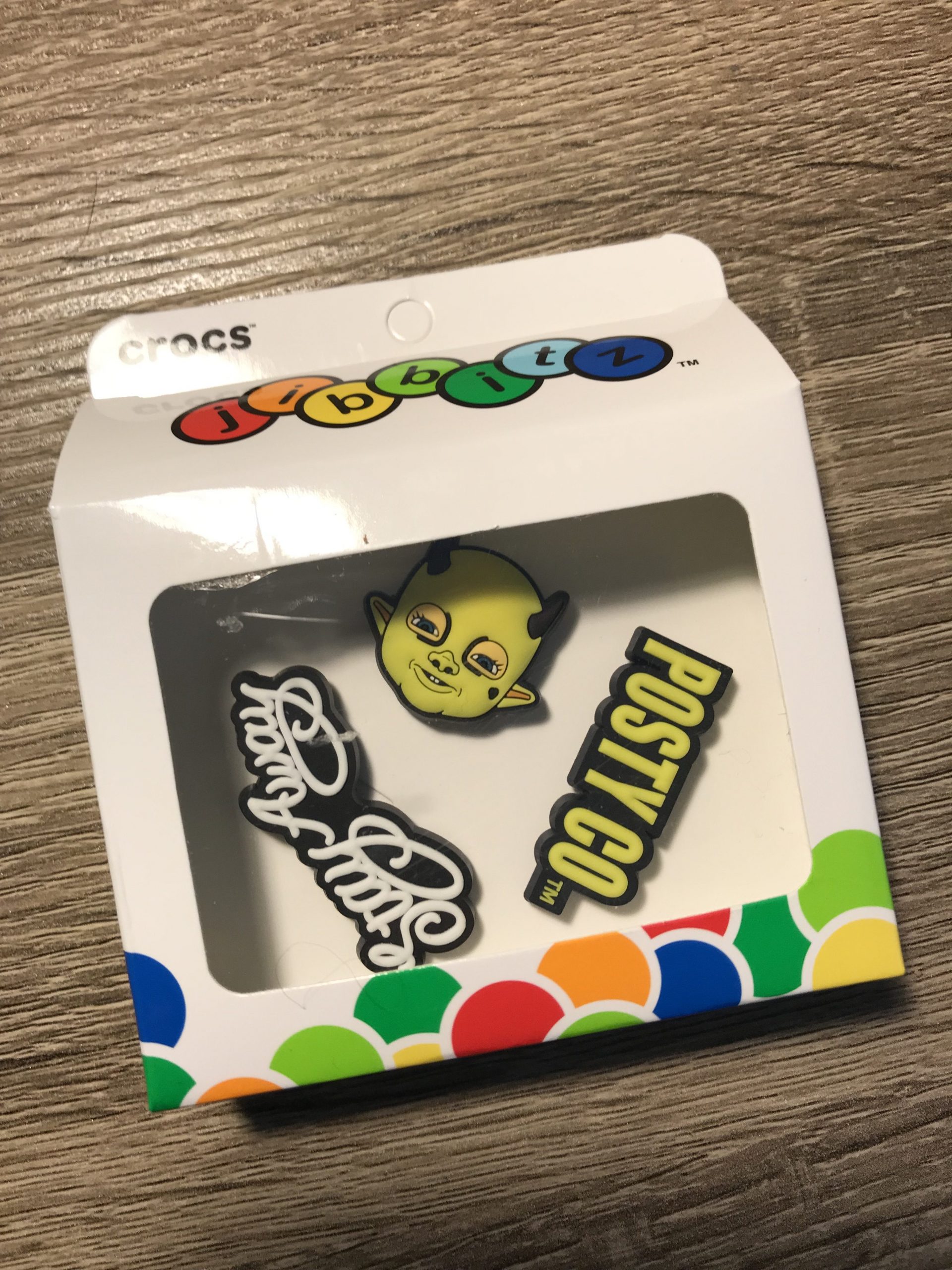 The word most commonly paired with “mob” is most definitely “unruly.” But the mini-throng that showed up to Grapevine Mills to cop Post Malone’s second Crocs collab this morning was, well, the “ruliest” mob there ever was.

Announced yesterday, Posty’s hometown mall was one of only five stores in the country to get the barb-wired foam clogs today before the rest of the world got access to the shoes online later in the day. Given that the twosome’s first team-up sold out in 10 minutes, we expected quite the rush on the bright yellow shoes in Grapevine today.

And, sure, there were indeed folks lining up as early as 7 a.m. to ensure they scored a pair — well before they were supposed to go on sale at 10 a.m., even. But it was nowhere approaching a madhouse. It was the calmest, most organized launch possible.

By the time we arrived at 8:30 a.m., the polite horde was already being allowed to purchase shoes — a good hour and a half ahead of the 10 a.m. scheduled start, too. Why? Because store employees want to mitigate any extra hassles experienced by those who came to make purchases at their store.

As those shoppers dutifully awaited their turns to check out at the counter, they casually sipped on coffee, added snaps of the Post Malone signage (and the short line) to their socials feeds and quietly waited their turn to snag their “PM-2s.” At the same time, employees directed the shape and speed of the supremely compliant line, handed out cards ensuring that their sizes would be in stock once they got to the front of the line and even provided pairs of plain black Crocs for those in line to try on just in case. Then they let folks into the store four at a time to pay for their $60 kicks and optional $10 add-on Jibbitz charms (in addition to the free charms already attached to the shoes).

There were no Black Friday-style fights here. It couldn’t have been further from that, frankly. In fact, the whole experience, from parking lot to line then back to parking lot, lasted maybe 30 minutes tops.

A new Supreme drop, it wasn’t. But, then again, nothing Supreme makes is anywhere near as comfortable as Crocs.