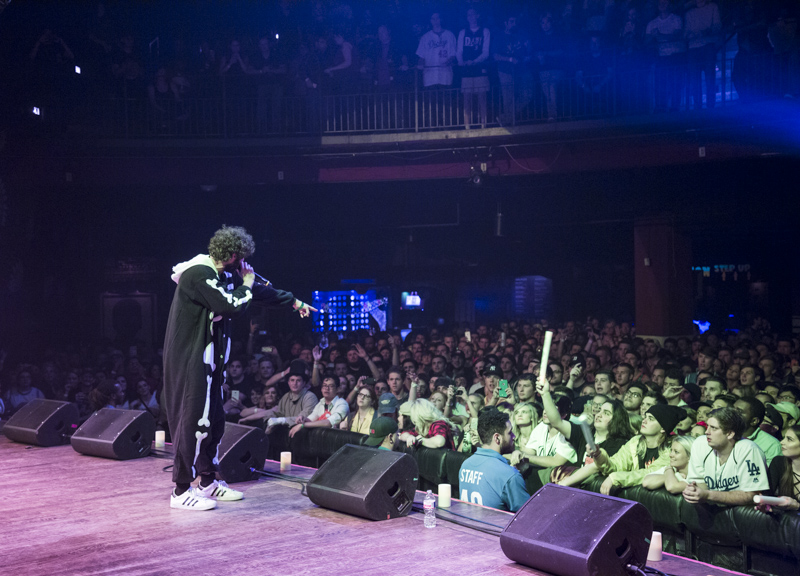 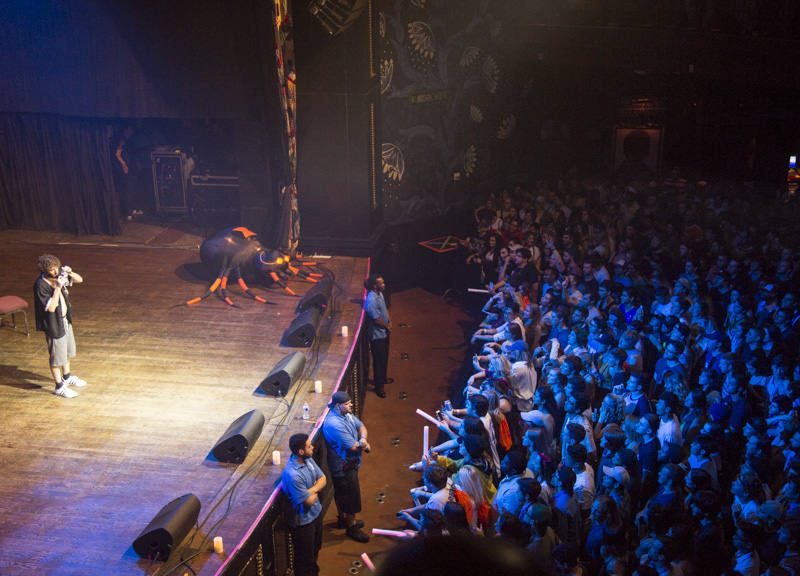 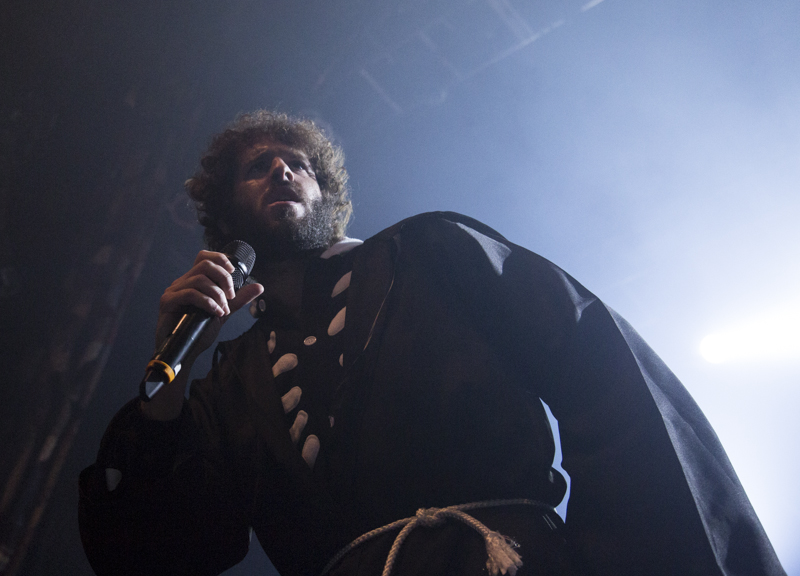 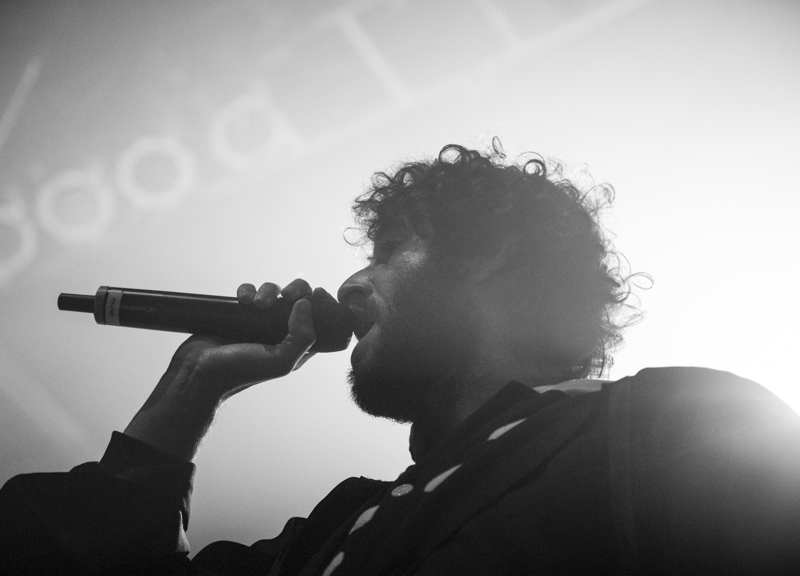 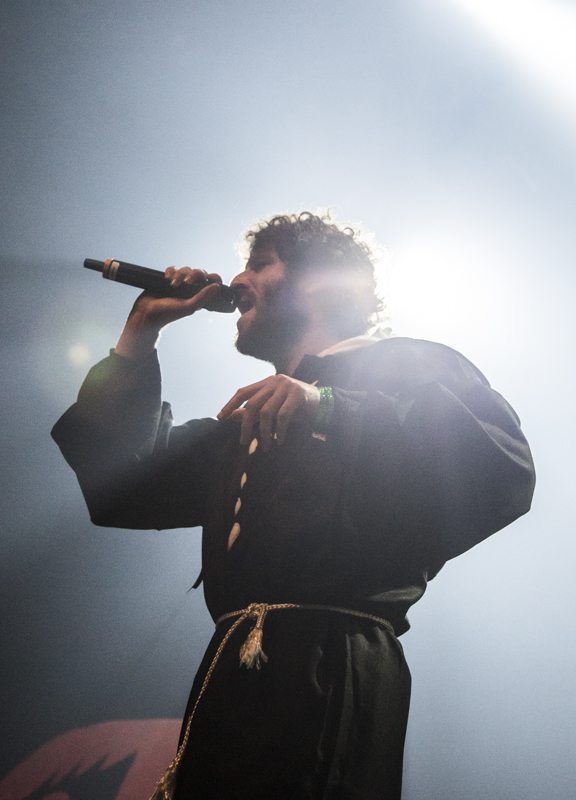 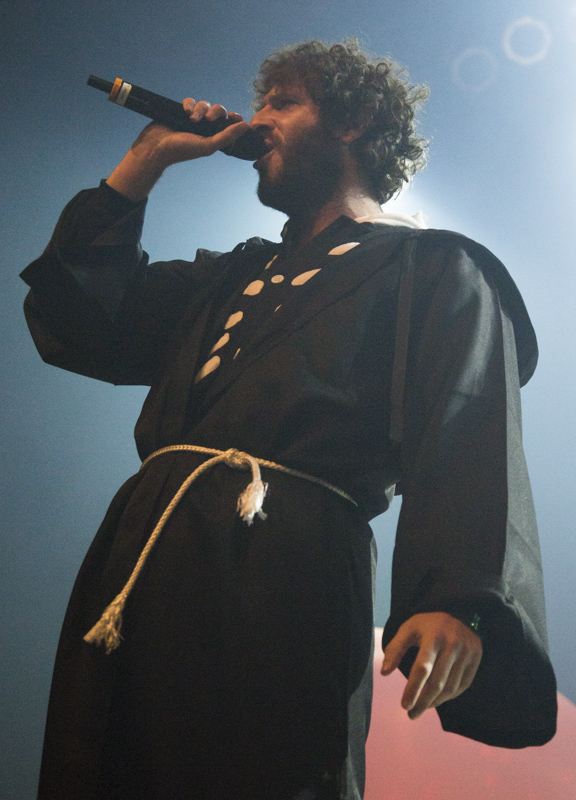 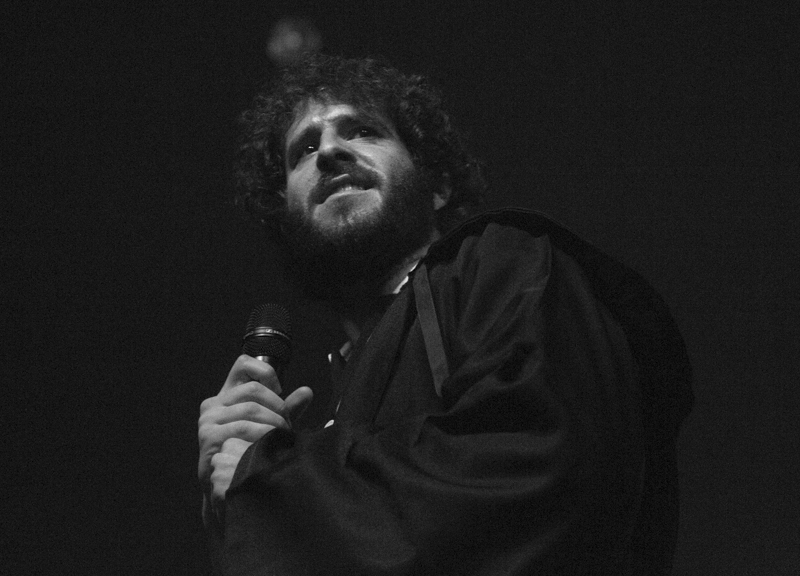 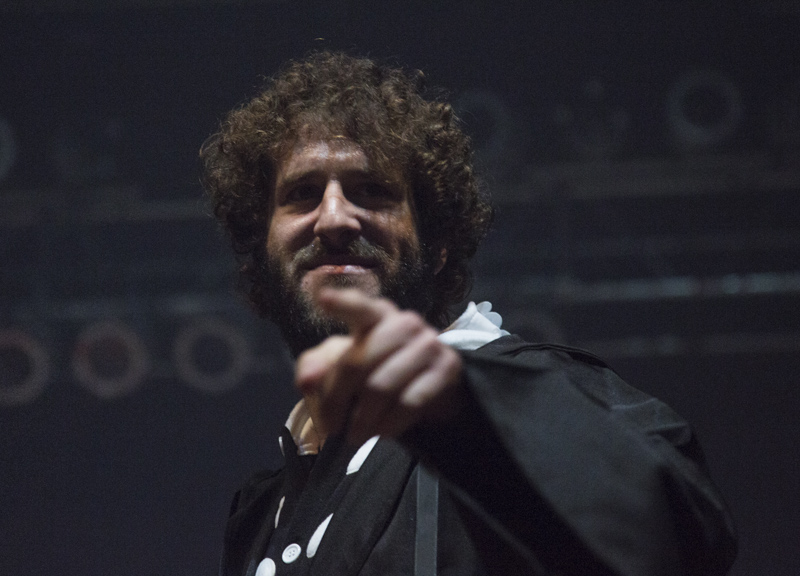 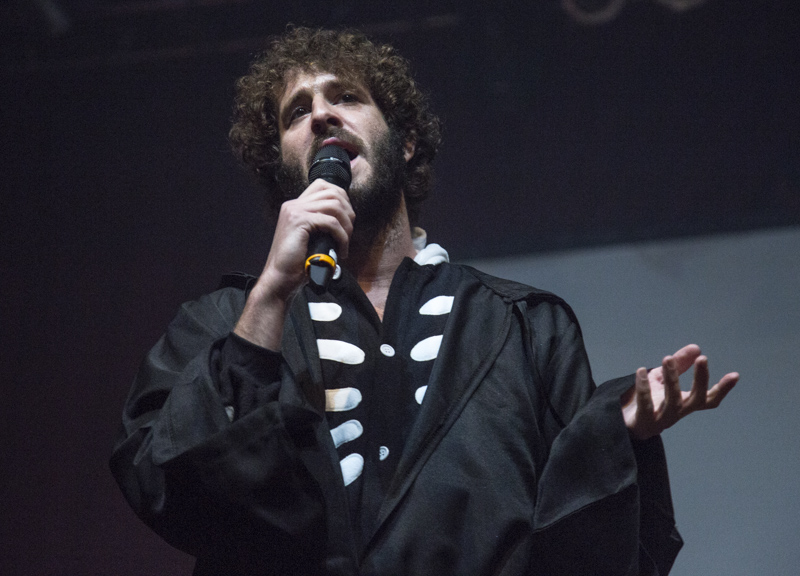 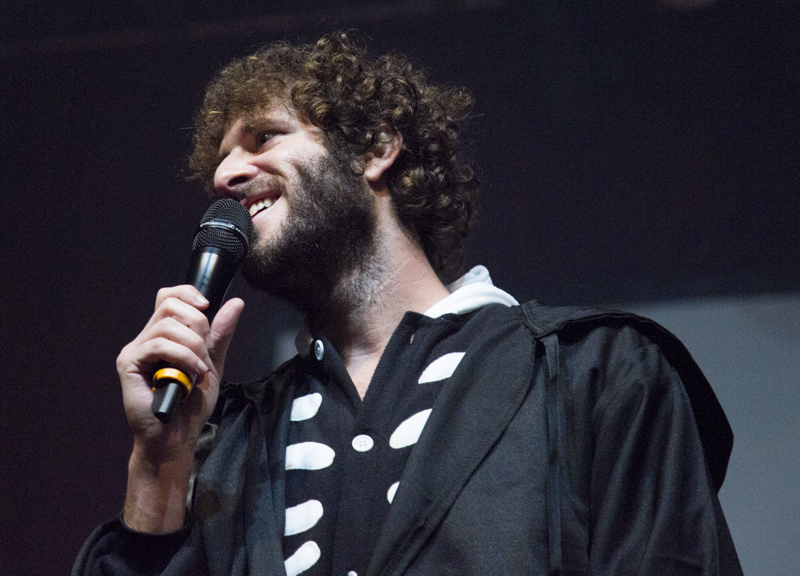 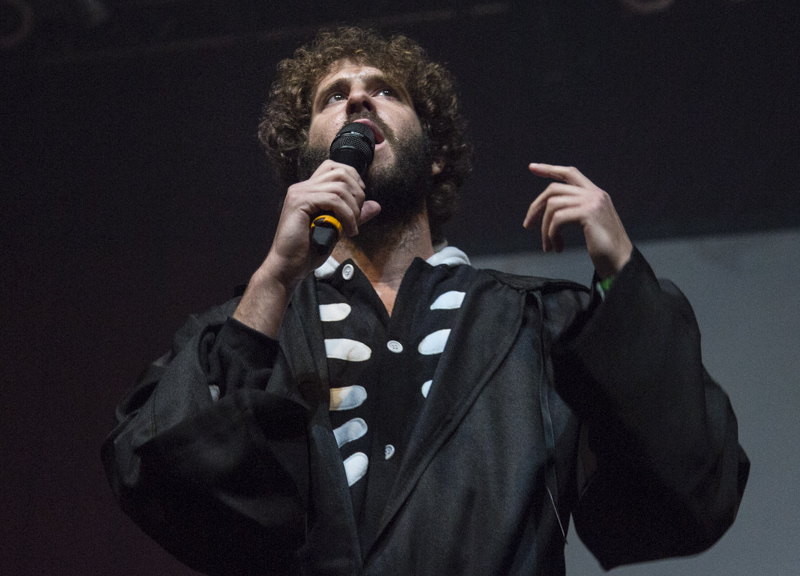 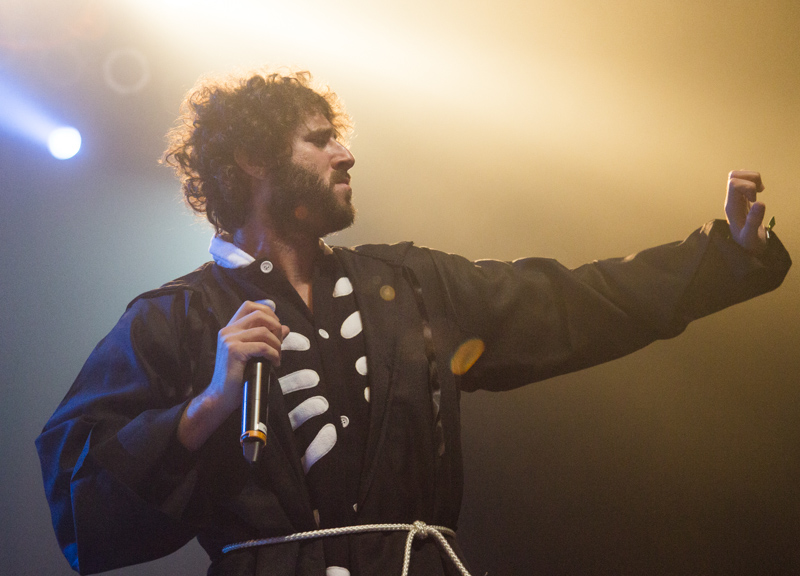 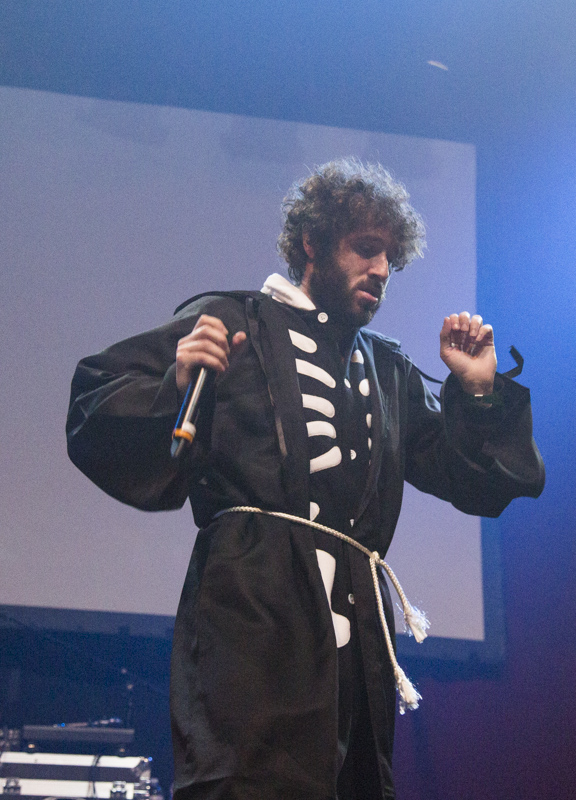 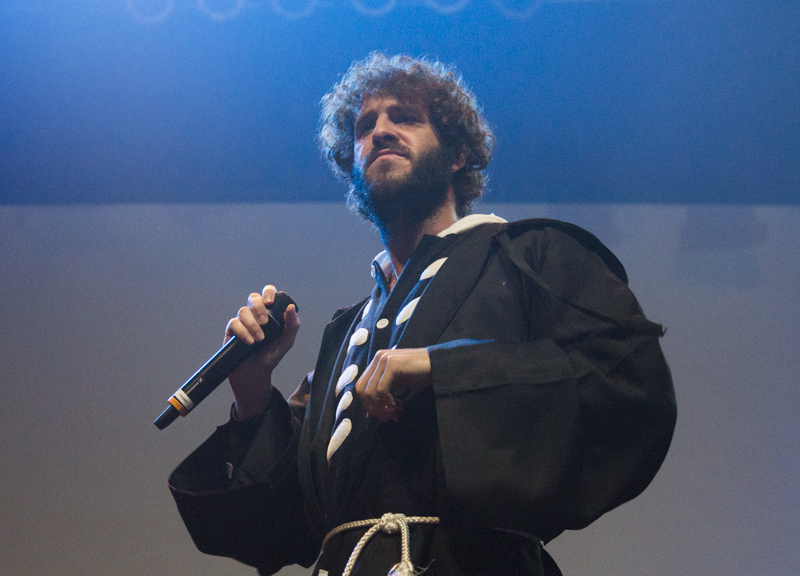 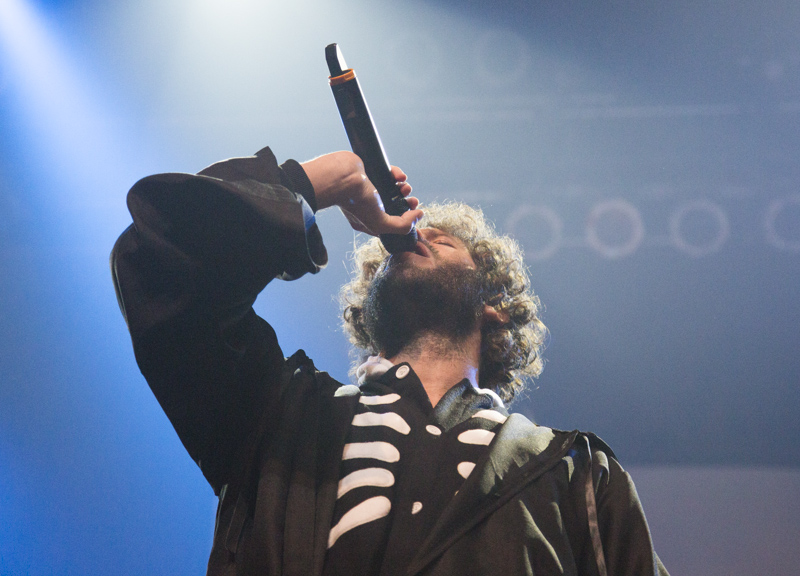 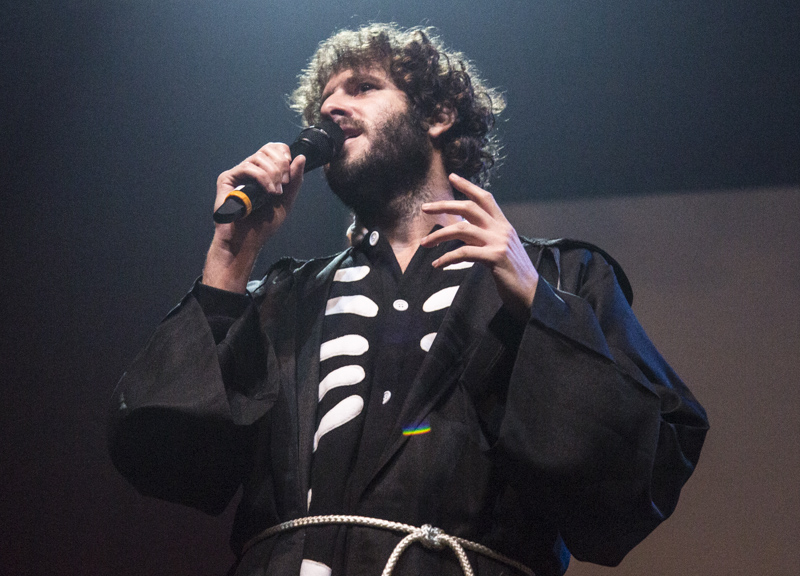 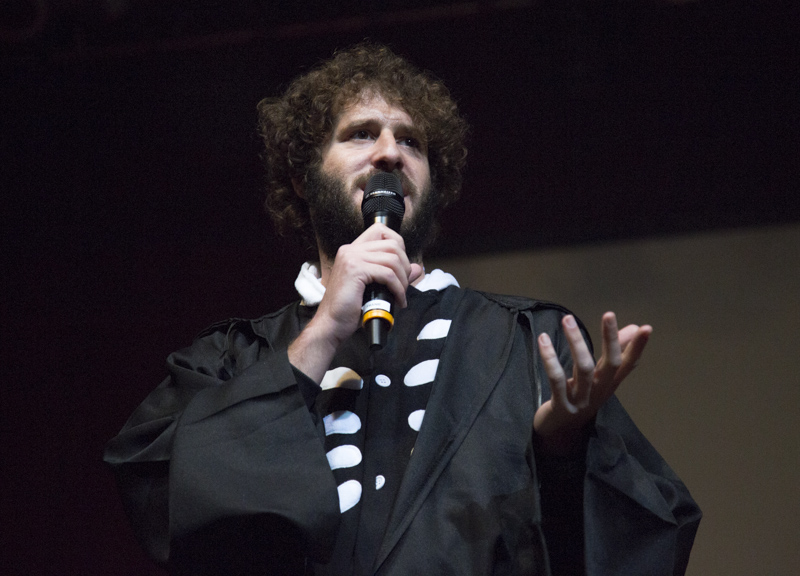 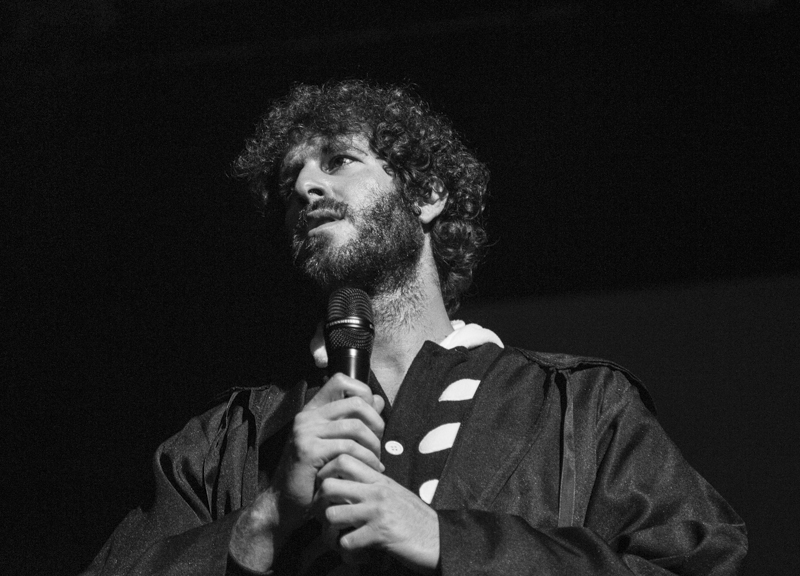 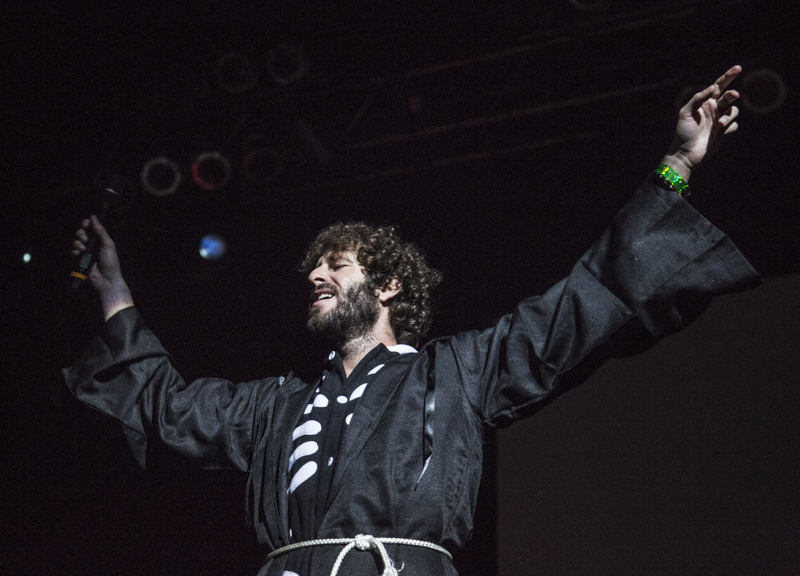 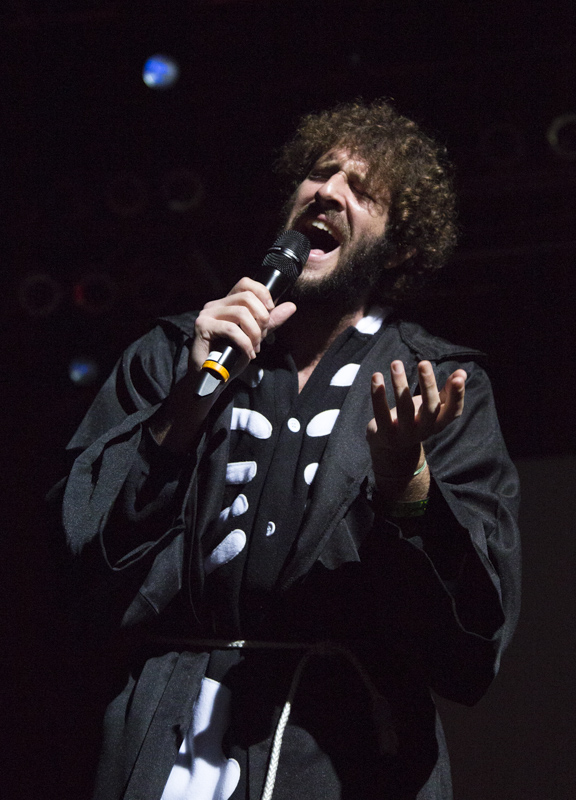 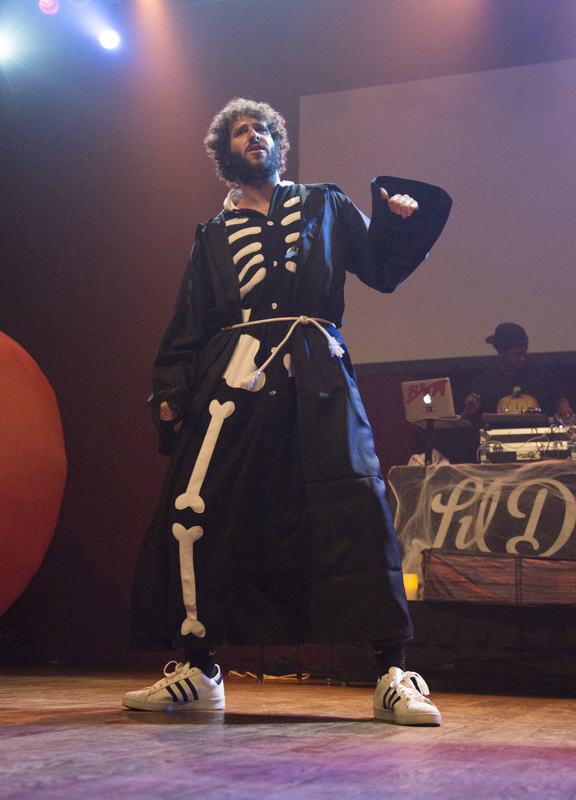 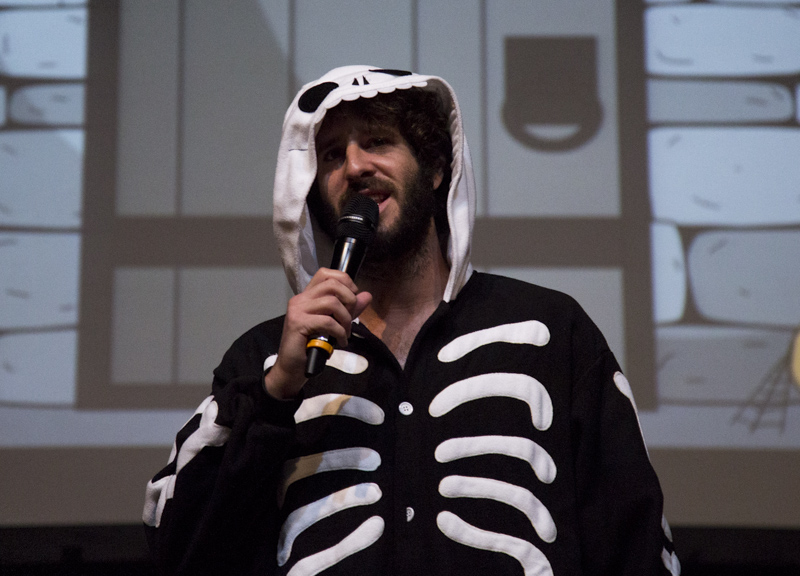 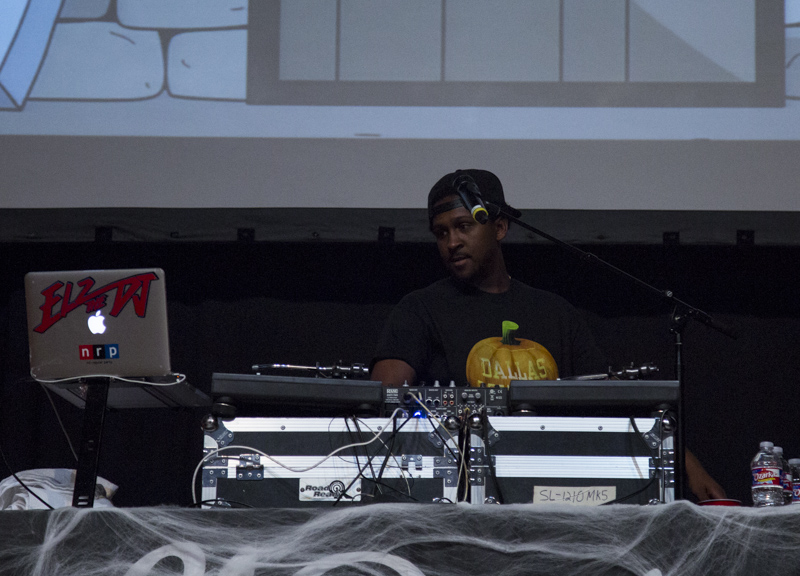 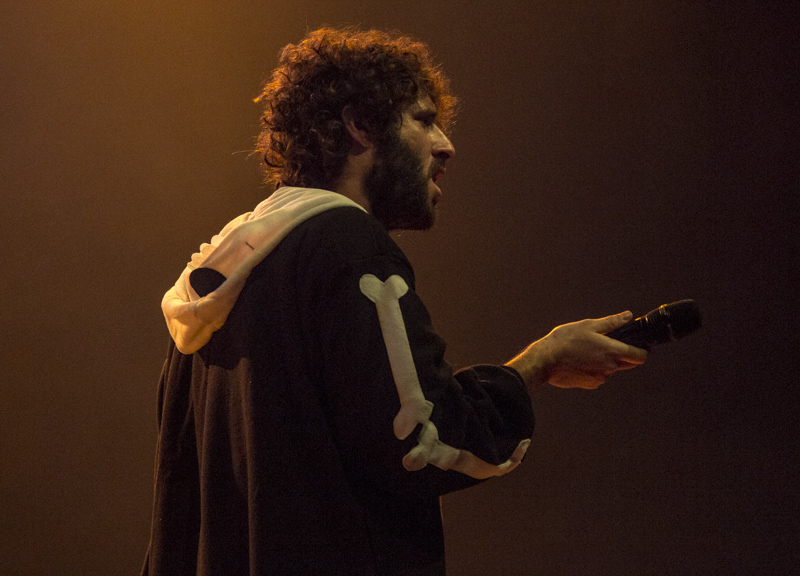 Is Lil Dicky A Rapper Or A Comedian? On Monday Night at The House of Blues, It Didn’t Matter As He Flashed Plenty of Talent Either Way.

Everything about last night’s Lil Dicky show at the House of Blues was pure fun, energy and hype — from its druid worship ceremony-like opening and its infusion of old classics during transitions (read: “Whoomp! There It Is”) to its nods to Biggie, Tupac, Michael Jackson and even Hitler.

Does that like a weird combination? It was! But it somehow worked.

The shows’ production was minuscule and its set was low-budget, but the combined comedy and unassuming charm from the former advertising copywriter at the center of the show brought the crowd to its feet at the show’s opening moments and kept them there until the show reached its close.

Is Dicky a rapper or a comedian? Does it matter? He’s a talented, endearing performer, and not taking himself not too seriously is a big part of what make his act work either way.

At one point during this show, which came as part of Lil Dicky’s headlining Dick or Treat tour, he faked his own death only to be revived by the sounds of Michael Jackson’s “Thriller.” That kind of entertaining slapstick perhaps makes it easy to overlook Lil Dicky’s material, but his technically proficiency — dude can spit –undoubtedly lifts his efforts.

Put simply, the guy is as talented as anyone actively pursuing respect for rapping these days. His self-deprecation belies this somewhat, but it’s as good a defense to the charge of culture appropriation as exists; Lil Dicky isn’t trying to be the biggest rapper in the world, he’s just trying to have fun with witty and clever effort at celebrity.

Here are some of the ways he had fun last night:

• He led a venue-wide sing-a-long to R. Kelly’s “I Believe I Can Fly.”
• He tossed assorted foods into the crowd, including cold cuts, cheeses and boxes of Froot Loops.
• He crowd-surfed when his DJ (for whatever reason) dropped Nirvana’s “Smells Like Teen Spirit.”
• He admitted to wearing the same pair of jeans every day.
• He performed a striptease for one lucky lady in the audience to his song “Let Me Freak.”
• Also, he had a weird spider with him on stage:

The dude’s come a long way since the viral success of the music video “Ex-Boyfriend,” which earned more than one million views on YouTube in 24 hours after its posting. He may poke at the fact that he is a self-proclaimed “professional rapper,” but the guy’s got the goods.

And, yes, he of course performed “Save Dat Money.” It was nuts.