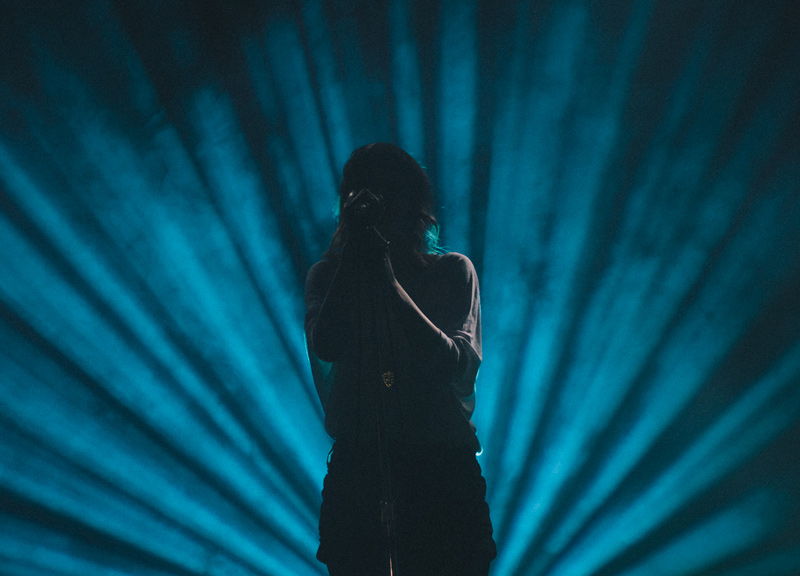 Scenes From Saturday Night's Chvrches Show at the South Side Ballroom.

When we last left Chvrches, the Glasgow-based band had just won over a sold-out crowd at the Granada Theater with an infectious, if a little uneven, Dallas debut.

Since then, the electro three-piece has been everywhere, touring around the world, appearing on thelate-night shows and finally, on September 24, releasing its first full-length, The Bones of What You Believe. Lauren Mayberry, the band's lead singer and an award-winning journalist in her own right, even found the time to write a powerful editorial for The Guardian about the sexism and misogyny faced by female artists in the social media era.

So, yes, Chvrches has certainly been busy. And it would have been understandable if the band had needed a break.

But, instead, Mayberry, along with bandmates Iain Cook and Martin Doherty, decided to promote their new album by again hitting many of the cities they did this summer, this time at bigger venues.

In Dallas' case, that meant the recently rechristened South Side Ballroom (formerly the Palladium Ballroom), a building that boasts a 3,500 capacity — or about three times that of the Granada.

Making that big of a jump in size was a risky move for the band, but the crowd that showed up Saturday night. While not a sellout, the turnout was certainly respectable, filling maybe 80 percent of the room.

Many were late arrivers, though, and they ended up missing most of openers Basecamp's opening turn. That they did was probably to their benefit; the Nashville trio's set was utterly forgettable. It was minimalist electronic R&B — sort of like Alt-J, except really, really dull. Thankfully, Basecamp's set only lasted half an hour. That's about the best that can be said of their set.

Chvrches took the stage another half an hour after that at 10 p.m. sharp, and immediately stirred the crowd from its stupor with the ridiculously catchy “We Sink.” The song's cascading synths cement it as one of the year's best earworms, one that you don't even mind as it runs through your head for days after each time you hear it.

Like “We Sink,” nearly the whole of the rest of the band's setlist was culled from The Bones of What You Believe. Chvrches hit all of the album's high points, too, including “Night Sky,” “Recover” and “The Mother We Share.”

“Night Sky,” in particular, may be the record's understated gem. Its subtlety, reflected in both Doherty and Cook's electronic work and Mayberry's moody yet hopeful lyrics, was a perfect accompaniment to a cold November night.

Still, as it did at the Granada, “Recover” received the warmest reception of any of the band's songs, which probably stems from familiarity more than anything. It was the lead song on Chvrches' Recover EP, which meant that, until September, it was easily the band's most accessible single. It was the song fans were most likely to find on their digital platform of choice, so everybody recognizes it when the Chvrches launches into it. It's a perfectly fine song, of course. But the response it gets is just a little disconcerting; it's maybe the sixth strongest song on The Bones of What You Believe.

“The Mother We Share” is one of those better songs. Powered by mesmerizing overlapping synths and Mayberry's absolutely belted chorus, it's a thinking-person's pop banger. The song is great in concert, too, and it certainly was on this night. But it also rewards multiple listens with its deceptive complexity.

A few words should also be said about “Now Is Not the Time.” At both of Chvrches' Dallas shows, it has been among the highlights, despite the fact that it was inexplicably left off the band's LP. It was a pleasant surprise that the group still played it Saturday, though. And here's hoping they keep it in their live rotation in the future.

All in all, November's Chvrches show was considerably more consistent than June's. The set was still just an hour — although perhaps it was cut a little short, as Mayberry ended the encore after just one song because the Torchy's she had eaten early was, as she endearingly put it, “repeating on her like a motherfucker.” But it was a significantly tighter and more polished hour. And that's important to note.

Chvrches affirmed its rapid ascendancy Saturday night. It'll be fun to see what the group does next.

All photos by Dominique Goncalves. 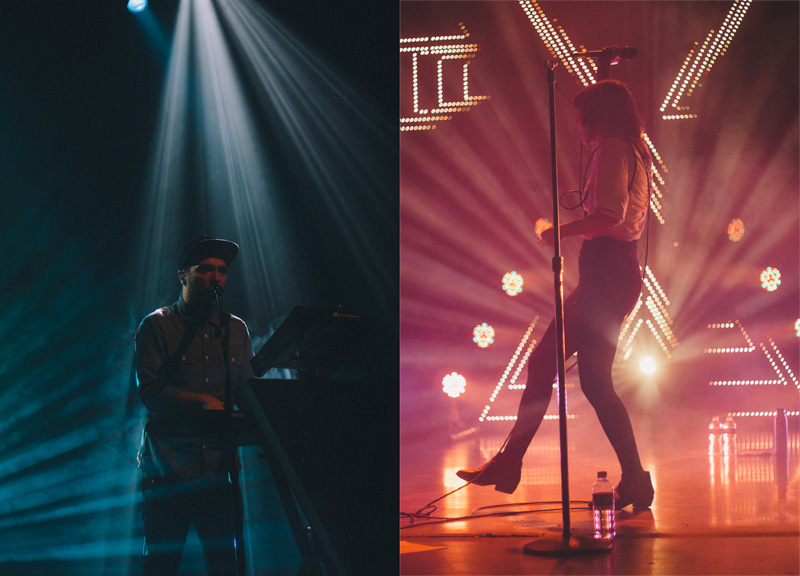 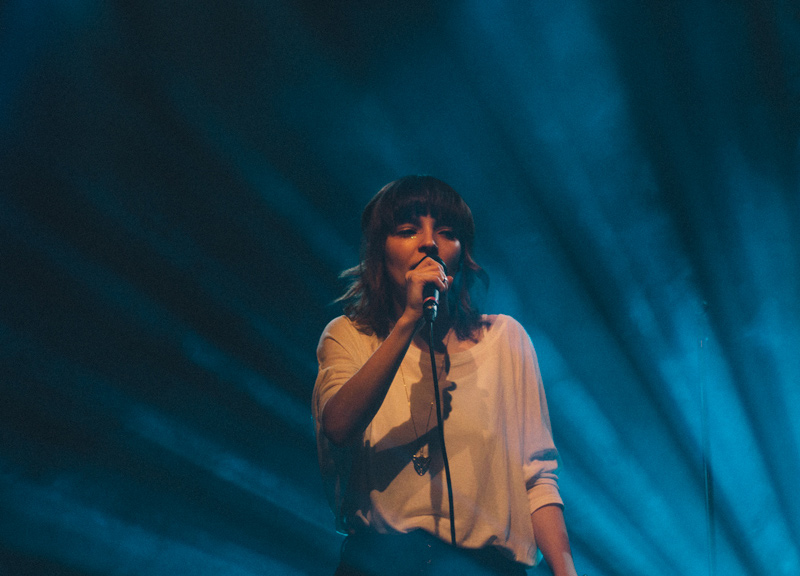 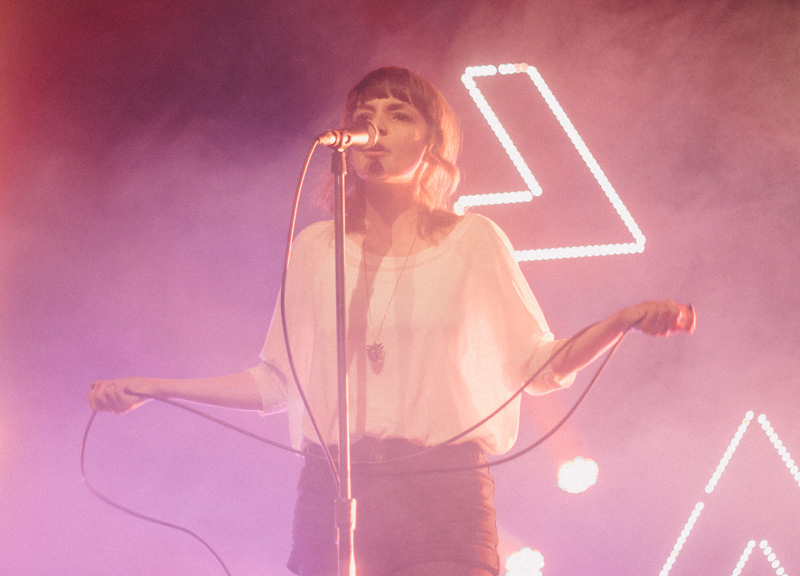 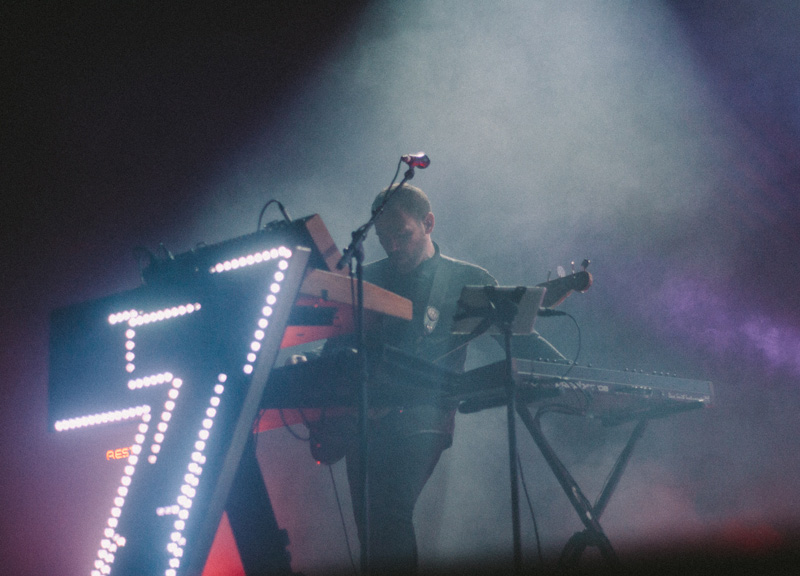 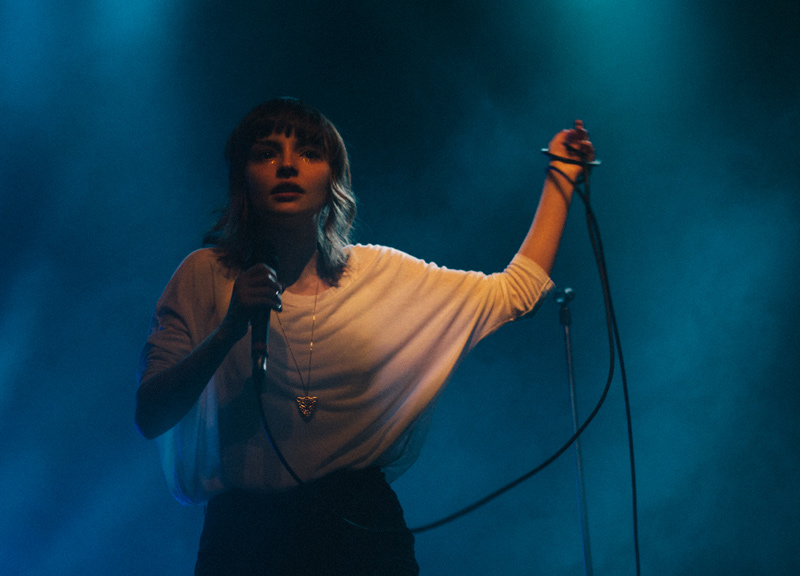 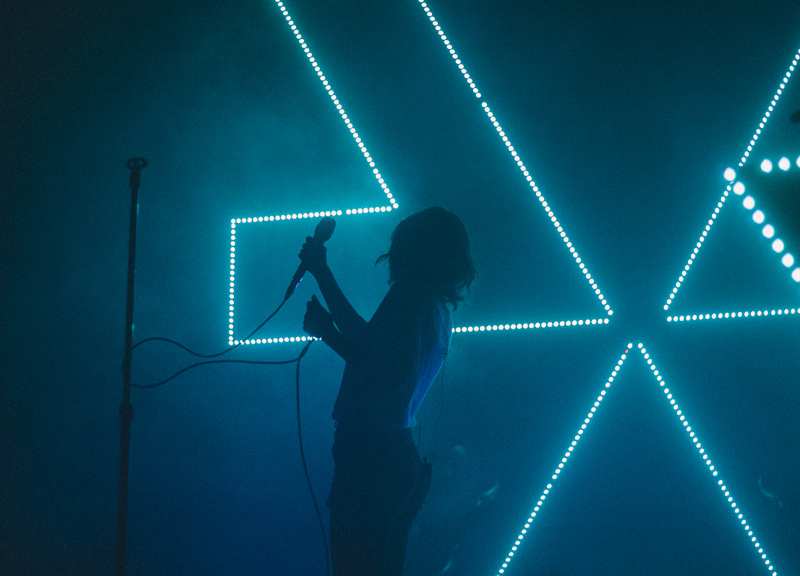 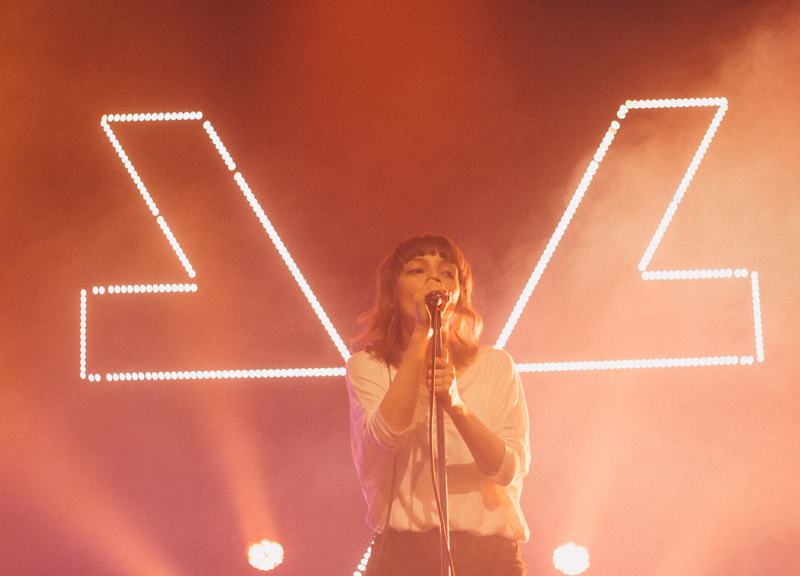 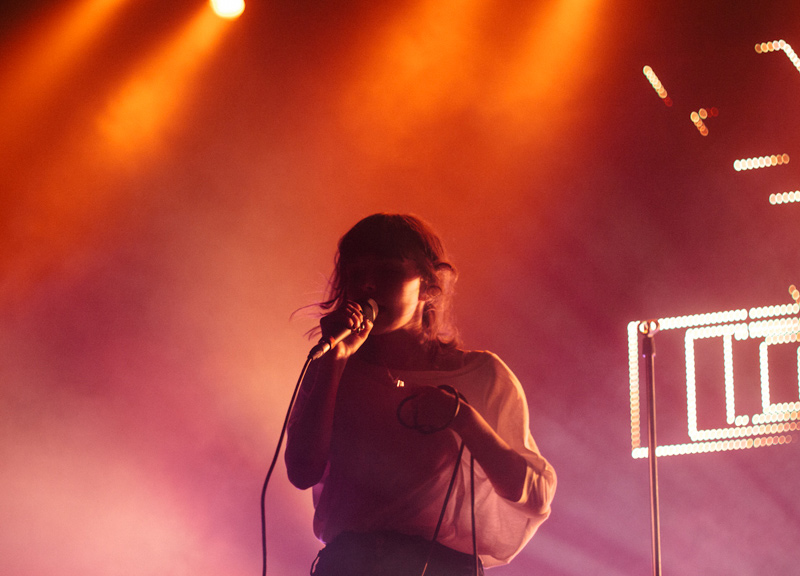 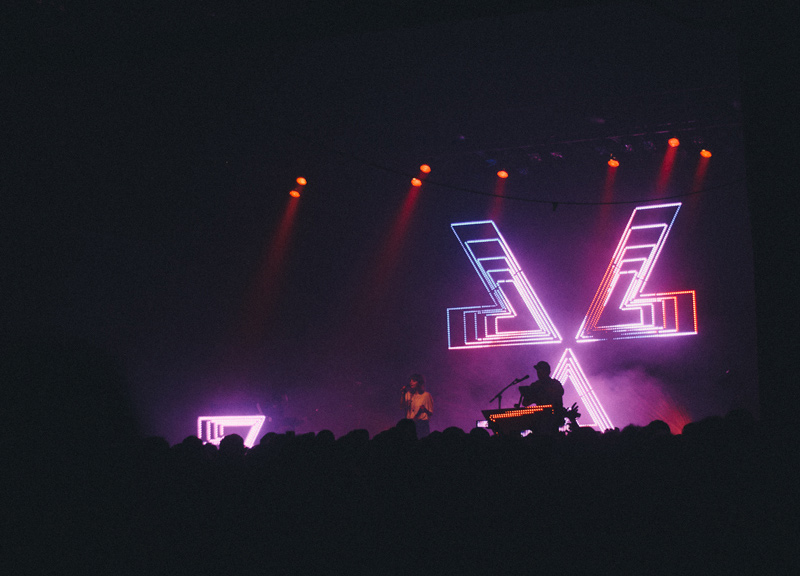 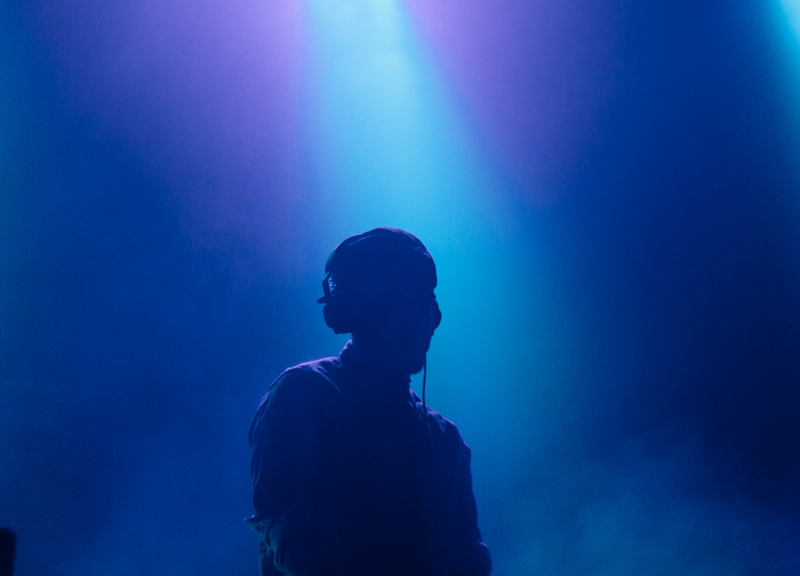 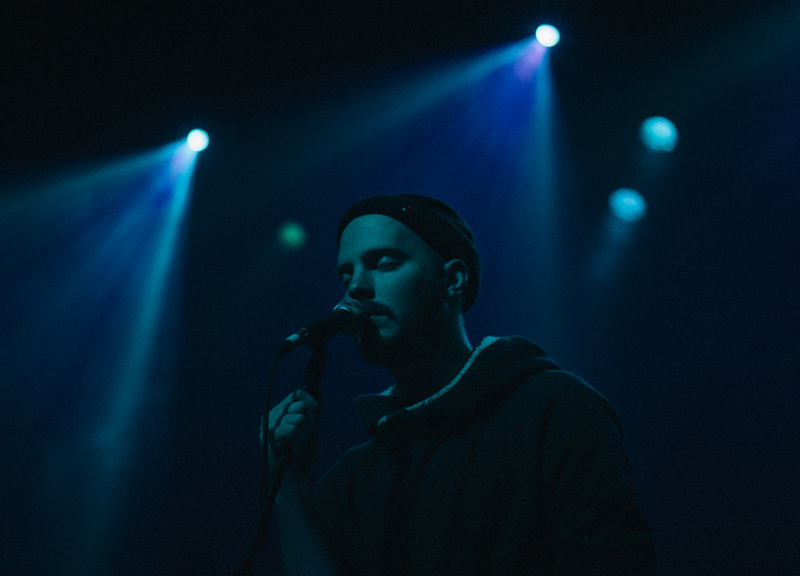 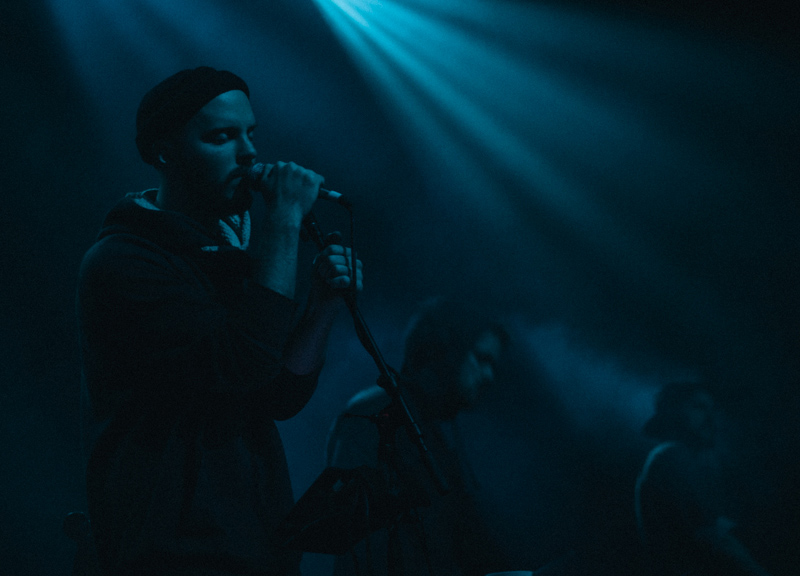