Robocop Is Coming Back To Clean Up Dallas’ Streets. 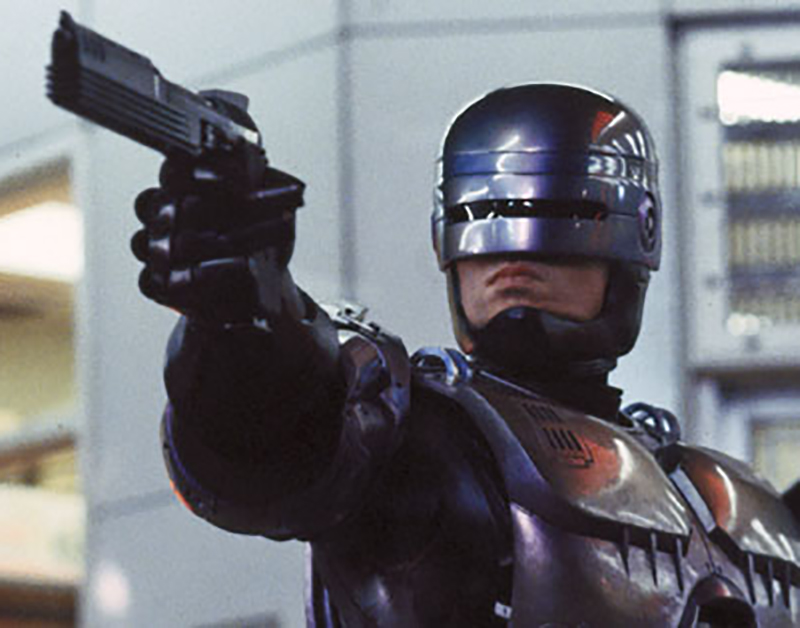 Alamo Drafthouse Will Host A 30th Anniversary Screening Of RoboCop At Dallas City Hall In September — With Peter Weller In Attendance.

On the off chance that you somehow didn’t know this, allow us to remind you: Dallas served as the backdrop for the 1987 sci-fi classic RoboCop. Yeah, sure, it’s set in a place called New Detroit, but when filmmakers envisioned a futuristic Detroit 30 years ago, they found that Dallas fit the bill. And so, when a cop named Alex Murphy was transformed into a half-robot who would go on to fight crime, corrupt city officials and the Omni Consumer Products corporation, he ended up doing so right here in the streets of Big D.

And today, on the exact 30-year anniversary of that film’s release, the folks at Alamo Drafthouse have announced an event that will celebrate that fact. On Sunday, September 10, the theater will present a screening of RoboCop at Dallas City Hall, the building that filmmakers transformed into OCP Headquarters for the movie. The screening will be followed by an in-person Q&A with Peter Weller, the actor who the half-man, half-robot ass-kicker himself. The fully interactive event will also feature a food truck rally, full bars, photo opps and a collection of props from the film.

The screening comes as part of a national push from Alamo to honor the film’s legacy 30 years after its release, as theaters all across the chain will screen the film come September.

Tickets for the event at Dallas City Hall will go on sale August 1 at 11 a.m. on Alamo’s website, so be sure to mark your calendars for that. They’ll almost surely cost more than a dollar — there’s no word yet on how much they’ll run — but, either way, the word is out there.

At this point, it’s your move, creep.