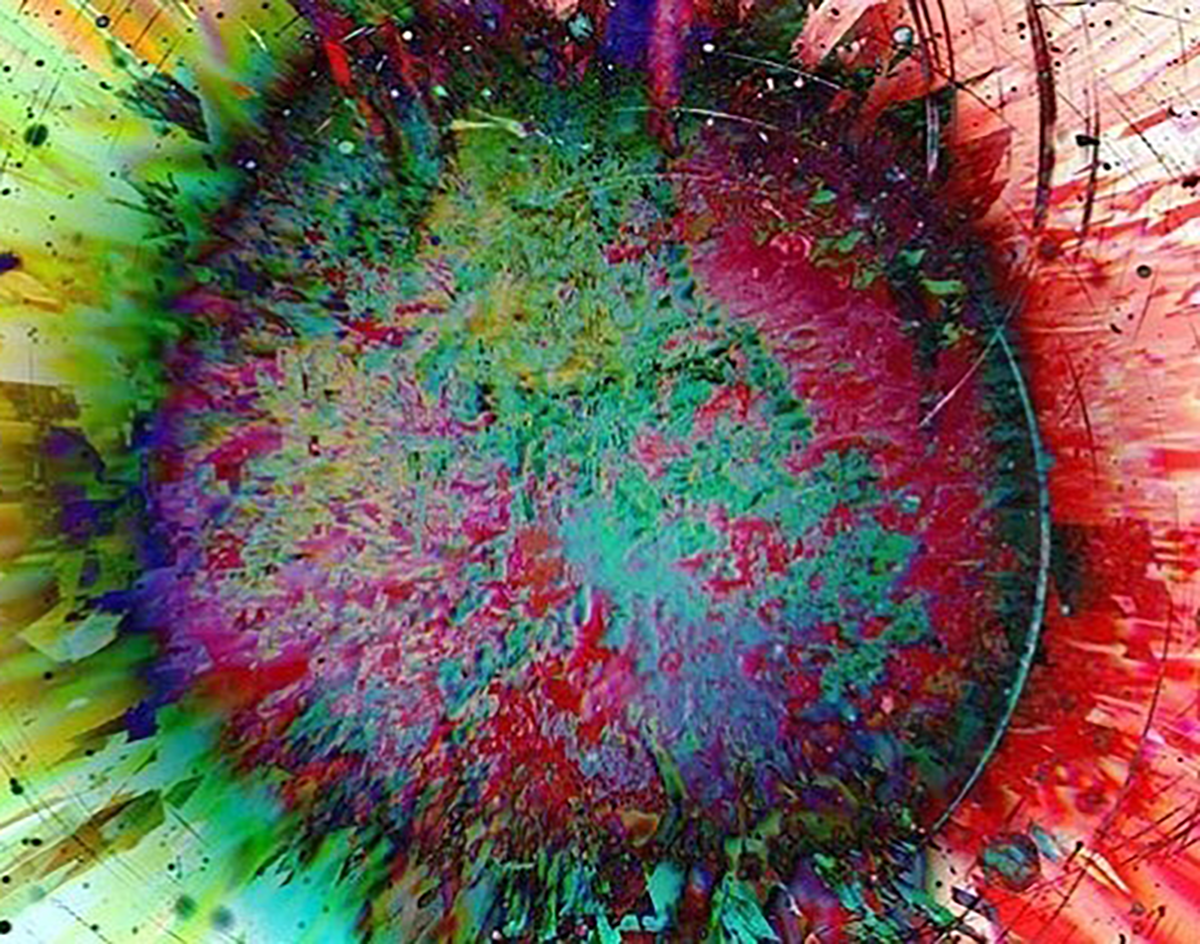 In The Latest Video For Its Ongoing Intergalactic Saga, Helium Queens Sends A Warning Of Earth’s Potentially Destructive Future.

Helium Queens – “HQ1”
RIYL: Artists with the spirit of dungeon masters.
What Else You Should Know: If George Lucas and Andrew Lloyd Weber dropped acid while listening to The Residents and David Bowie, then took Dexedrine during the comedown so they could muster the energy to write a gargantuan sci-fi musical opera, they would create a universe akin to that which Helium Queens reside.

The Dallas experimental trio is slated to release an LP titled Helium Queens: A Space Opera sometime next year, and in building up the anticipation surrounding this bold endeavor, “vidyos” (as they are called in Helium Queens canon) for each track have been dropped to coincide with each full moon from this year. For everyone who isn’t an astrophysicist, there have been 10 out of 12 full moons so far, making “HQ1” the tenth “vidyo” in the series.

Their latest (produced by Sarah P Zazz), recalls visual representations of Earth and its moon as they incrementally inch closer together, only to morph into the same shape, forming a lunar eclipse (which only happens during full moons – fun fact) and disappear as one. Before this happens, we see a fuzzy rendering of one of the Spirits of Ingenii, a group of eidolons whose present location is only known to the queens.

These Spirits teach the queens how to navigate through multiple dimensions, and warn them that the fate of the Earth and moon portrayed in the below video can possibly happen to those of our dimension “if we continue with destructive forces.”

There is, of course, more to come in this tumultuous saga, but the dystopian video created by Zazz is visually alluring on its own. The queens also pull off a rather dynamic and sonically layered musical performance, and they channel a little Yamantaka//Sonic Titan in the process.

So what will the next full moon vidyo reveal to us earthlings? Will the terrestrial plane we call home circumvent a destructive fate? Will the discontinuation of our destructive forces yield positive results for the dimensions only the Queens and Spirits have access to? Tune in next full moon for another vidyo from… Helium Queens: A Space Opera!

But not before watching this: