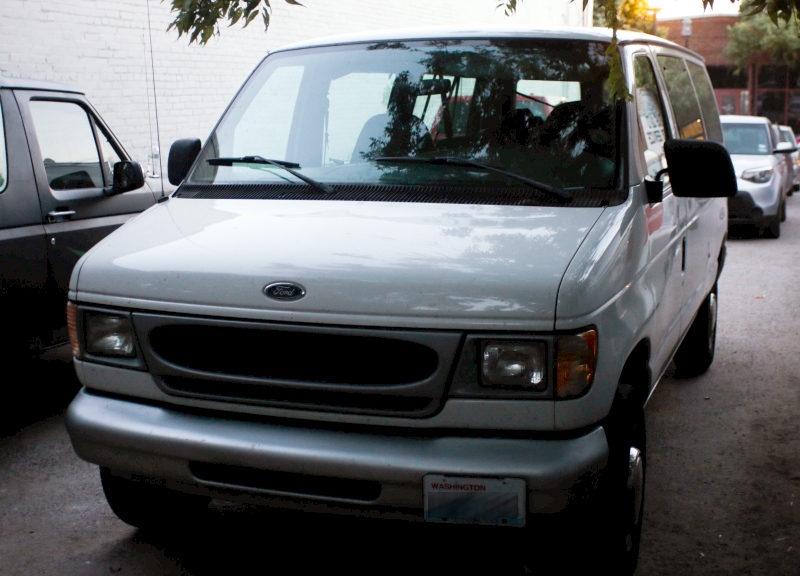 Hibou's Van Has Plenty Left In The Tank.

For the first time, former Craft Spells drummer, Peter Michel, took his Hibou project on the road this summer. Pronounced “ee-boo,” the Seattle-based swim-gaze band recently hit town in support of Cali indie-pop duo Cayucas at Three Links.
Prior to that performance, we had a moment to speak with Michel about his band's van, and how his bandmates purchased it with his money while on vacation. For its age, the van is certainly holding up and hopefully has plenty more life left inside, even in spite its messy summer smell.

For the band, it's proved a worthy purchase, too, helping the promising new act take its compelling live show on the road this summer for a string of sold-out dates. Check out the rest of our Q&A below, which might make you think twice about spending any extra money on a trailer.

Band Name: Hibou.
Van Name: Chad van Carmichael.
Year/Make/Model: 1999 Ford E350.
Mileage: “I think we're rounding up on seven thousand miles this tour. But when I bought it used it only had a little over 70,000 to begin with. I think it's got a lot of life left.”

Where did the name Chad van Carmichael come from?
Peter Michel (Guitar/Vocals): “I think Chad was just what I thought of when I saw it. And then I'm a big fan of puns, so naming it Van and something felt good. And car — it just all came together as some happy pun.”

How did you acquire Chad?
Peter: “There's this site, kind of Facebook group in Seattle called the Seattle Music Gear Swap. A lot of cities have them. And I posted asking if anyone had a van to rent or to sell. Someone got in touch and they were about to put it on Craigslist, and they just happen to see my post right before they did. Got a super good deal on it and, actually, our guitar player's cousin is a car dealer so he went over there, while I was actually on vacation when they bought it. So we had the whole band go over there and check out the van and then just kind of trusted them and asked if it was worth it to spend all my money on a van and they were like, 'Yeah, it's a good van.' So I bought it over the phone while I was 3,000 miles away.”

Has he broken down on you yet?
Peter: “No, it's got a few funky tires that we had to replace, and something's loose in there and it keeps rattling around. It's something, I don't know what it's called, but the drummer knows a lot about vehicles. But dude, it's been real nice. The AC is stellar. You can go super-fast in it, and nothing seems to have happened yet.”

Have you made any modifications to the van?
Peter: “Not yet. I think the band that owned this before was called Atomic Bride, I guess. Thats fun. It's nice, because there's only four of us and we don't have a tour manager, so at any time, two people can sleep on these guys, while two can sit up front. We just rotate as all four of us can drive. Which is rad.”

It's a little messy I see.
Peter: “Yeah, it's a little. We didn't really know we were doing this. This is it. We try to clean it at least every couple days, but it does get pretty gross. It's a little musty for sure. We got some Febreze, but it doesn't really quite mask everything.”

Well, what do you listen to on the road?
Peter: “We listen to a lot of NPR podcasts. Music-wise, we've been listening to that new Tame Impala album a lot. Let's see. A lot of Randy Newman. It's got an auxiliary [jack] and a CD player. No tape deck, though. Yeah, the power thing for our phones to charge broke so we have to take it tomorrow, I think. I think it's a fuse that stopped working. But yeah, all our phones died today so when we were trying to get to the venue we had to do it old map-style.”

Who usually drives?
Peter: “I like to think it's evenly split. We're pretty fair with dividing the time. We just try to make sure everyone's well-rested enough.”

Is there anything else you'd like to say about the van?
Peter: “Yeah, I bought this a week before we left, and it was something that would pay for itself in a tour-and-a-half. Yeah, renting is pretty expensive. We were pretty careful with this one. Like I said, his cousin's a dealer and we took into the shop and they were like, 'This is a '99? It's in crazy good condition.' I mean the mirror's a little fucked up. That wasn't us, we bought it like that, just haven't replaced it yet. I keep forgetting to lock it. You have to manually lock it. We're not used it. [Guitarist] Jake [Lindsay] hit a fence recently, too, bumped the bumper a little bit. It was in New York City. We got a trailer hitch if we ever need to haul something. [But we don't do that if we] don't have to, no. You usually have to go 20 miles slower and it takes forever. Cayucas has one and they always have to leave way before us, and we always pass them on the way. It's just like, 'Hey guys!.” 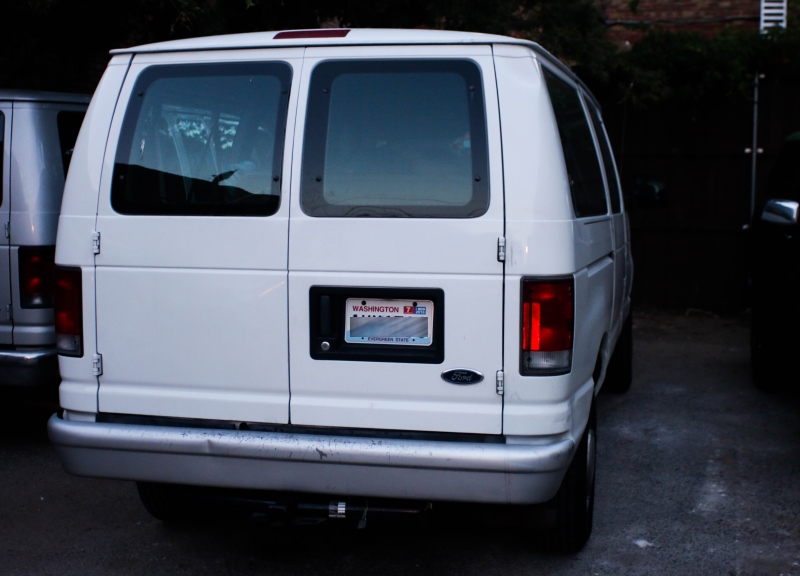 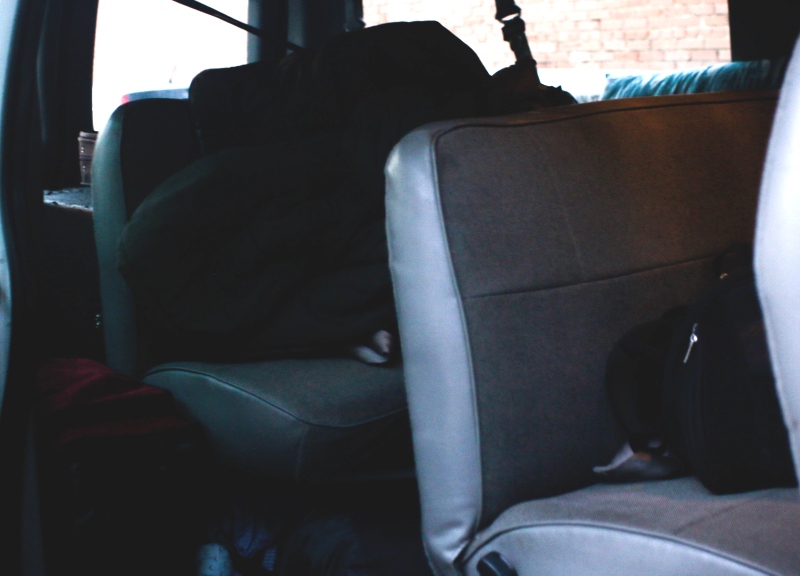 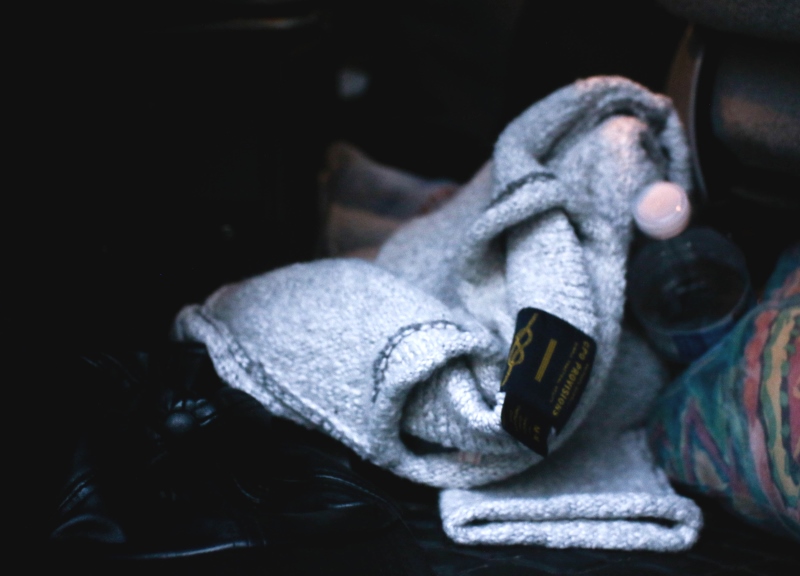 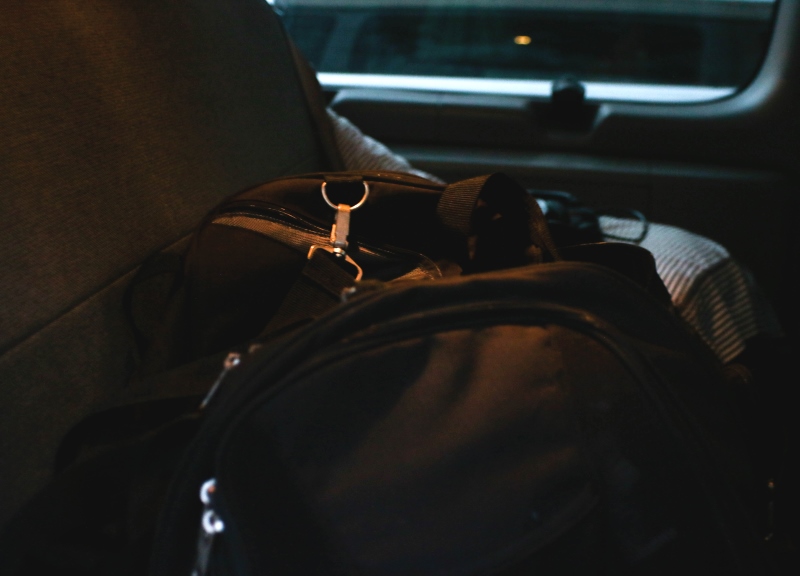 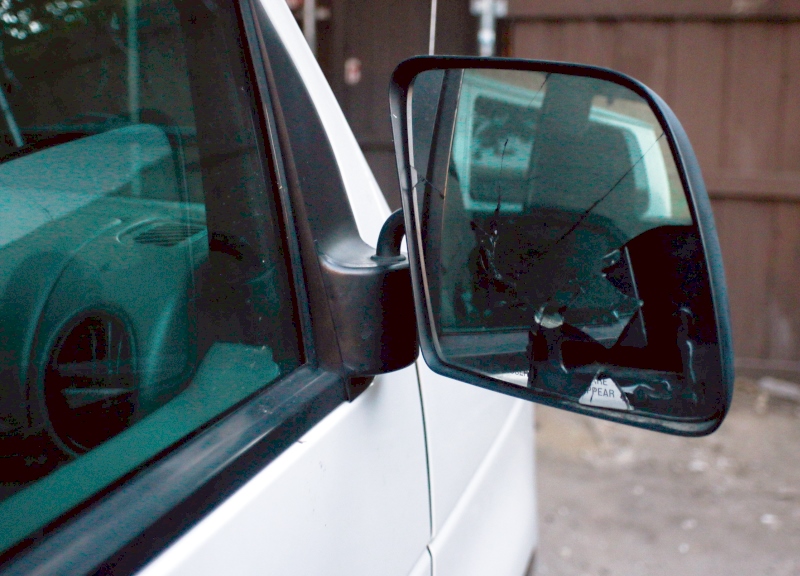 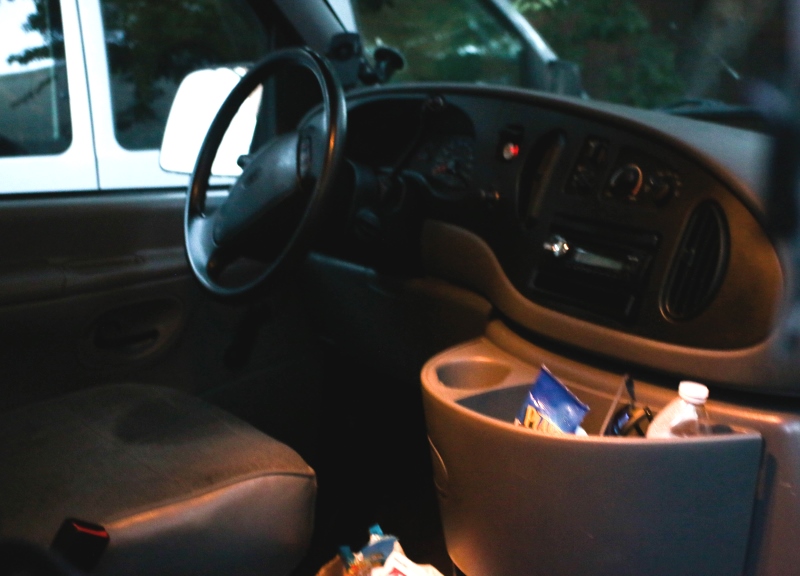 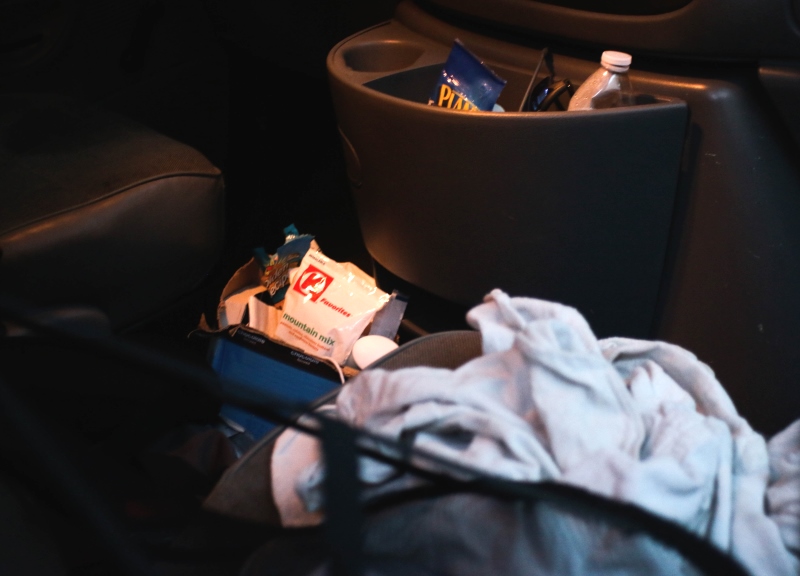 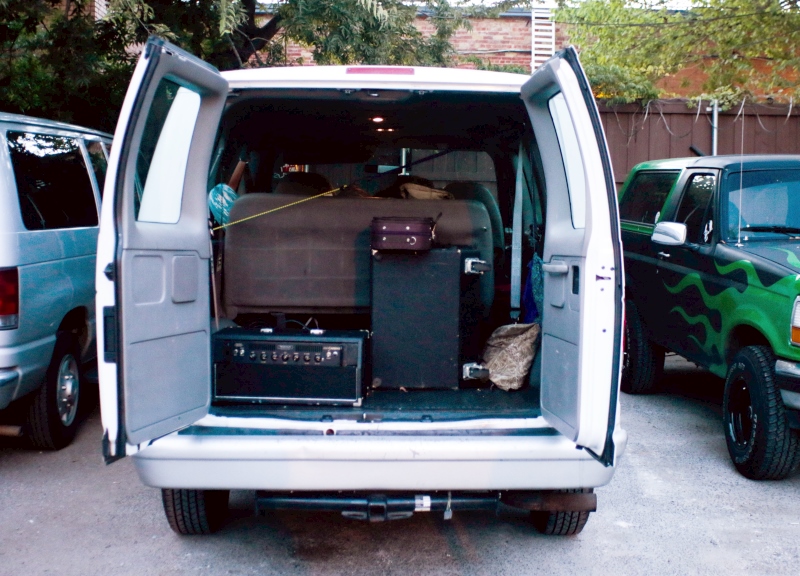 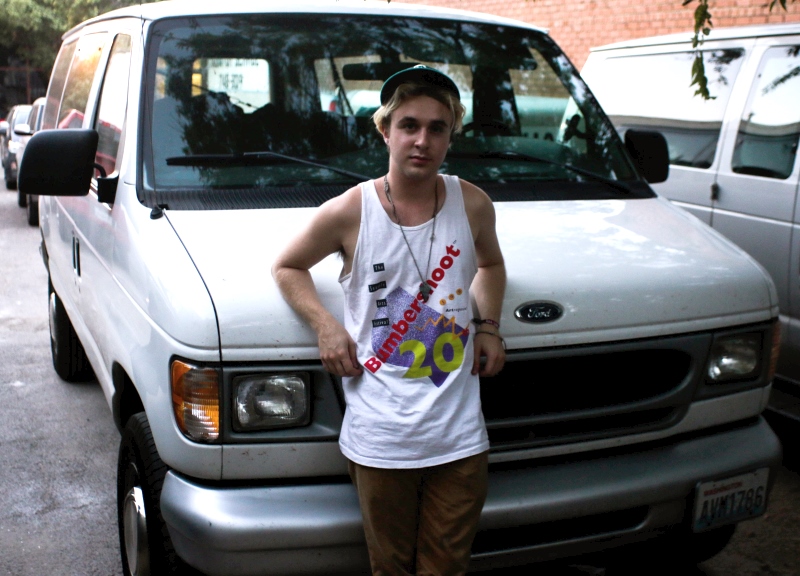