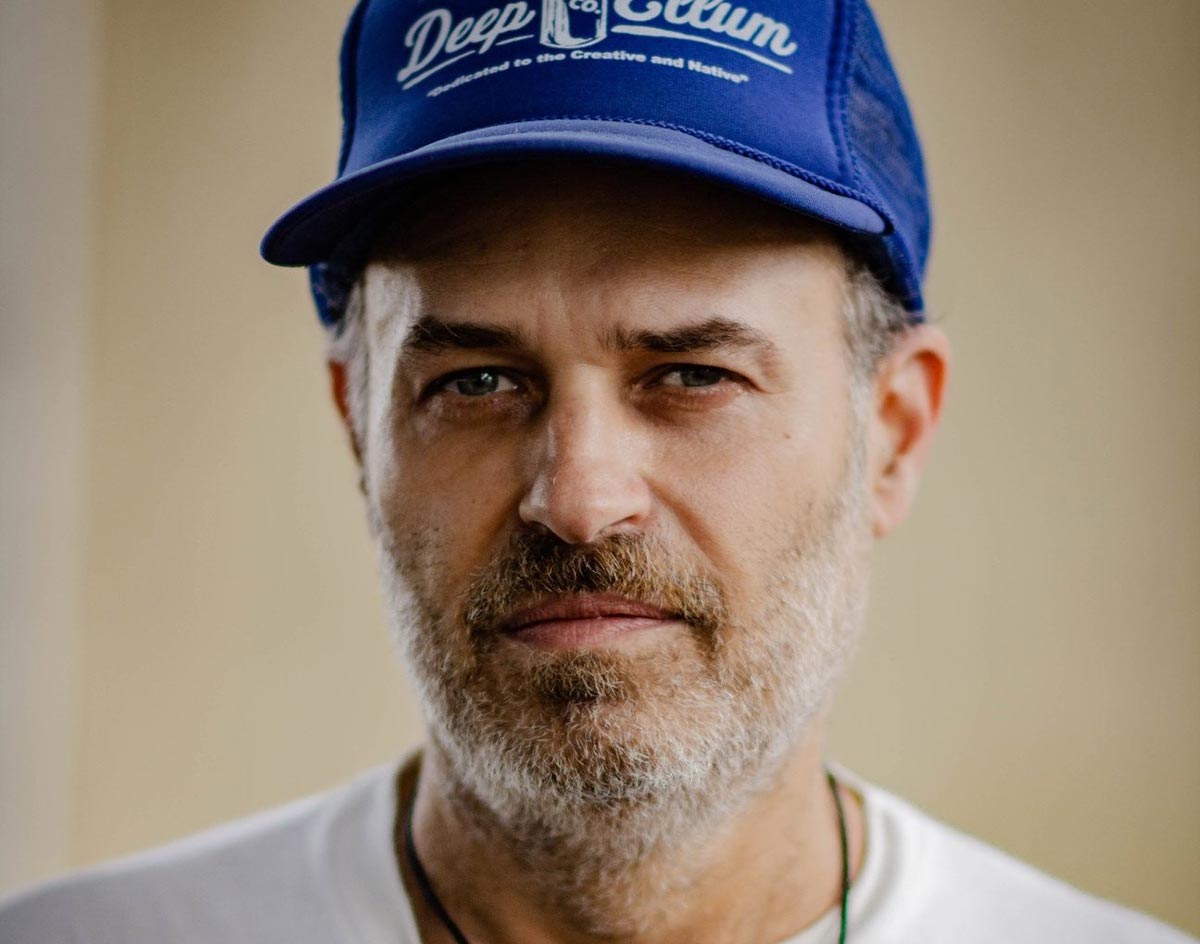 Dallas Photographer Andrew Sherman Was Once A Member Of Andy Dick’s Band, And He Was Pelted With Beer Cans While Performing At The Notorious Music Festival.

Andrew Sherman is a guy who is always moving — both physically and mentally. As a freelance photographer and videographer for various outlets around town and the house photographer at Deep Ellum Art Co, he has a clear knack for keeping himself busy.

But, more than that, he has a talent for finding himself in the right place at the right time.

While Sherman has taken pictures of some of the biggest live shows that have come to town in recent years, shooting images of everyone from Sting to Leon Bridges to Elton John, he also had a really interesting experience at the infamous Woodstock ‘99 festival — but not as a photographer.

No, Sherman played in a band that performed at the notorious festival. Not one of the bands who get a lot of screen time in the recent HBO documentary Woodstock 99: Peace, Love, and Rage, though. See, Sherman played the festival as part of comedian Andy Dick’s band.

Given the recent resurgence of interest in Woodstock ’99, we recently caught up with Sherman between shoots to hear more about his memories of that wild time, and also to discuss what his life’s been like navigating the world as a photographer during a pandemic.

During the worst of the pandemic last year, how dire did things get for you?
I got lucky.

A little backstory: I used to work on a show called The Chevy Music Showcase. That show featured bands from DFW area, but I was living in Los Angeles at the time. That’s the show that made me go, “Oh god, Dallas is amazing!” When that job ended, I moved here.

After that job, my boss took a job at a middle school and high school in Woodland Hills, California. They were out of school, and all the kids were doing a choir project, their dance project and the orchestra [project] and so on. So I got to edit all that footage during the pandemic. It kept me floating. Putting 75 iPhone videos into one screen, stuff like that. It actually helped me sharpen my video skills a lot, because I never would have practiced that tedious stuff.

With things getting postponed or cancelled, it’s hard to know what will happen next week, let alone next month. I’m just wearing my mask and I’m saying yes to as much as I can say yes to right now.

You’ve shot a lot of major concerts and performances. You’ve done this for a long time, correct?
Not super long. I only bought the camera five years ago. I got into this when I moved to Dallas. I hit up the Dallas Observer at the right moment in time and started shooting for them. I got to shoot [the] KABOO [festival], which was all of my high school favorite bands playing that show. I got to shoot Sting, who is one of my all-time favorites.

When it started to look like things were picking back up after the pandemic, what were some of your first assignments? What have those environments been like?
Right when it all kind of was just opening up, I shot the Paul Cauthen/Nikki Lane show over at the Coyote Drive-In. It was so much fun. I had all access, and I was one of the only photographers, which I also love, I’ll admit. They were all great. I love Paul.

I’ve probably shot like 20 bands where it was their first show back? The energy is different with that. Everybody’s been so excited to get out there. Even that Green Day show [at Globe Life Field]. That was the first show of their tour. It was the most intense pit I’ve ever been in. Those people were so excited up there.

Speaking of intense pits: Do you have some opinions about that Woodstock ’99 documentary?
I [haven’t seen] the documentary yet. But I was there!

I used to play in a band with Andy Dick [called] Andy Dick & The Bitches of the Century. He had just been busted for drugs, gone to rehab and he was out. Woodstock ’99 was happening, and they had celebrities introducing the bands. He was like, “I’m not doing it unless you let my band play!” We weren’t even a band yet. We were, like, the first music of the whole festival. We played before James Brown on a small stage.

I was only there for day one. We went up onstage three times. On the third time, [Dick] had brought this foam body armor suit that he had from NewsRadio, and he wore it. Then people started throwing things at him, and he was like, “Bring it on!” It was like driving in a snowstorm — but it wasn’t snow, it was bottles and cans. I think an open switchblade came by my leg.

That was the first day, and then we left. We had a show in New York City after that. I do remember the photo the Rolling Stone photographer took of us right when we got offstage. I was like, “This is it! We’re gonna get some notoriety. This band is gonna do something!” And the next day, it was a total riot and nobody ever talked about us again.

I’m not surprised the festival went that way. I was backstage and I went in the crowd for a little bit. Waters were like $10 or something stupid.

How did you wind up in Andy’s band in the first place?
We went to the same college at different times. He ended up living on my futon for a while when he was starting to get work. We did some stuff together. I didn’t like to do standup, and he didn’t like to be alone onstage. So, a lot of time, I would be vamping chords and he would be telling monologues.

When we got to the full band going, part of the gig was, if he went off on a story or tangent, we would just vamp. It was all bout him. If anyone told me I did a good job afterwards, then it was a bad show — because, when Andy’s on, you don’t notice anything else. I wrote a lot of music with him. Played guitar and sang harmonies. I was also the band director, so I hired and fired everyone for him, which was a pain in the ass.

But it was part of the gig.

Do you still play music?
No. I was hosting the open mic at Deep Ellum Art Co. for a couple of years, and then that ended. That’s when I went full-time with photography.

I like to perform more than I like to sit around and play. With the photography gig, I decided if I put my energy into a band, I have to be unavailable for a possible good shoot.

I do a lot of music videos and photography now, and my brain is in that direction. It doesn’t want to pick up a guitar and do anything with it.

Are you concerned that events might start getting canceled again? Has work already started slowing back down?
I’ve been lucky. I’ve been shooting with local bands I’m friends with. My reputation — whatever it is — gets more people to call me. And so, yes, I’m very concerned it’s gonna stop for a while.

But, At heart, I’m a New York Jew. I was born in the Bronx. I didn’t really live there, but I have it in all in my blood. Basically, I’m neurotic. A lot of my work comes from anxiety. Like: I’m feeling anxious, so I’m going to work.

I’ve learned I can’t worry about it. If cancellations happen and I’m not shooting, then I’ll try to learn another editing program.